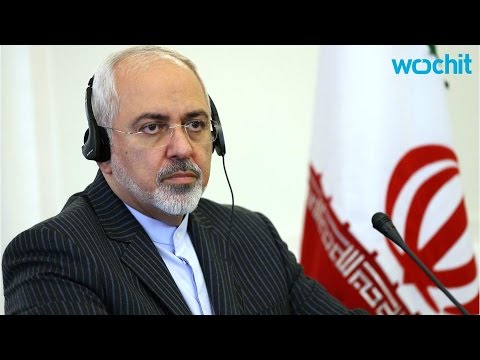 As Israeli Prime Minister Binyamin Netanyahu makes a bid to thwart President Barack Obama’s foreign policy toward Iran, the Iranian press is reacting to the wrench Netanyahu is trying to throw into negotiations over Iran’s civilian nuclear enrichment program. For some odd reason, US mass media are almost never interested in what critics of the US are saying; it is almost as if there is an unwritten rule of American journalism that you don’t allow the ‘enemy’ to have a voice. But I don’t think good journalism on the Iran negotiations can be done if one is only quoting the American side. Iranians, of course, like Americans, are divided on the nuclear negotiations:

Reformers and moderates remain hopeful that Obama will prevail against the far right wing Israeli Likud Party and what Iranians call “extremists” in the US Congress. (It should be a wake-up call for US congressmen when Iranians think they are the extremists).

The hard liners in Iran don’t care, since they do not believe that Obama is negotiating in good faith to begin with. They point out that the US sanctions on Iran are arbitrary and by fiat, and have no basis in international law, and that Iran is being made to bend over backwards to please Washington just to get back to a normal situation. That is, they don’t think Iran is really gaining anything here. Indeed, some want reparations for the damage the US has done the Iranian economy.

According to BBC Monitoring, Piruz Mujtahidzadeh wrote in the moderate newspaper, Iran “The USA and Tel Aviv have strategic relations, and they will not change regardless of any disagreement that may at some points occur between the two sides. Defending Israel’s security and ensuring its survival were an essential principle for the US presidents. The different views that the Obama and Netanyahu have regarding Iran dominate the two countries’ current relations. Despite Netanyahu’s opposition [to Iran’s nuclear deal] … Obama intends to solve Iran’s nuclear programme in the final years of his tenure. Therefore, he will strongly stand against the Congress’s extremist currents who have close ties with Tel Aviv. Hence, Israel’s destructive efforts against Iran will have no impact on the White House’s policy whatsoever.”

Mujtahidzadeh, then, believes that Obama really wants the agreement with Iran as part of his presidential legacy, and that he will find a way to sideline Netanyahu. But being realistic, he doesn’t expect the prime minister’s speech to do lasting damage to the US-Israel relationship.

BBCM writes that Hamed Hoshangi of the reformist I’temad has been following the Obama administration’s hard ball with Netanyahu, translating his op ed: “In an unprecedented attack against the Israeli prime minister on Wednesday [25 February], US Secretary of State John Kerry said: We should not forget that Netanyahu encouraged the then President George Bush to attack Iraq in October 2002. … John Kerry is forced to attack Netanyahu directly amidst the Israeli prime minister’s opposition to Washington’s policy in the Middle East and his opposition to continuation of the [nuclear] talks with Iran given that the possibility of reaching an agreement over [Iran’s] nuclear dossier has entered a serious stage…. It seems that disagreements among a group of US Democrat politicians over Netanyahu’s intense involvement and his attempts to shape a policy for Washington have entered a new dimension, and the powerful Jewish lobby in the USA is facing serious problems with regard to support for Netanyahu.”

Hoshangi thinks that the Israel lobby (it isn’t properly called a Jewish lobby) may well end up being weakened within the Democratic Party by Netanyahu’s antics.

“Disputes between the US Congress and White House will definitely affect nuclear talks. On the other hand, the Zionist regime’s Prime Minister Benjamin Netanyahu has explicitly stated that this regime will never allow Iran and P5+1 to reach a comprehensive agreement, even if this results in Israeli-US confrontation. Although his remarks include aspects of election propaganda and are made for domestic use, they indicate that there is complete coordination between the Zionist regime and some extremist members of the US Congress … Barack Obama, who is in sharp disagreement with Netanyahu, is also trying to prevent [Israeli party] Likud’s victory through achieving a comprehensive agreement with Iran … If America does not meet its commitments against Iran by the 10th of month of Tir, 31 July, it will certainly be condemned by public opinion, because Iran has met all its commitments.”

Hanizadeh, then, sees a coordination between the far right in Israel and in the US. But he also seems to think that Obama is attempting to interfere in Israeli electoral politics by doing a deal with Iran that will weaken the extreme nationalist Likud Party of Netanyahu. He believes, in any case, that Iran has been entirely forthcoming in the negotiations, and if they do fail, people will blame Obama rather than Tehran.

Likewise, BBCM translates a report of the hard line Risalat , that takes the talks seriously but does not think the Iranian side is asking for enough:

“What has not been considered in [nuclear] talks between Iran and P5+1 member states is the issue of the financial damage that they [the West] inflicted on Iranians and public funds. … Iran should come up with some serious financial issues and calculations [during the talks] and also ask the other side in the talks for compensation for the damage . . .”

In contrast, BBC Monitoring says, the conservative Hemayat wrote yesterday that US sanctions will not be reduced under any circumstances, and that Washington is only pretending to negotiate:

“Sanctions are based and planned on the colonialist ideology and its total removal can only be expected if one of following two conditions is realized. First, Iran’s complete surrender to excessive demands of the enemy; second, the West’s total surrender to Iran! Since neither is possible, this friction is likely to continue. In other words, sanctions have not been imposed to remove them or discuss their abolition. The enemy’s rhetoric and promise on lifting sanctions are nothing but deception.”

Iranian commentary on this issue seems on the whole somewhat hopeful, and shows awareness of the fissures in Washington and the discomfort of many Democrats with the ways in which Netanyahu is attempting to undermine their party’s and their leader’s policies toward Iran. Some think the episode will change US relations with Israel, while others question whether that is really possible. They see the GOP obstructionists in league with Netanyahu as “extremists.”