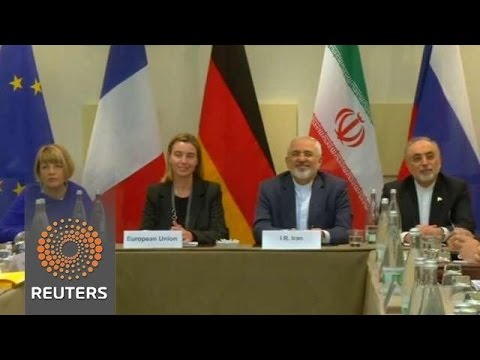 Iran’s new round of nuclear negotiations with the United Nations is expected to be completed by March 31, today. But one thing is clear: Leader Ali Khamenei wants to gain as much as he can from this political dilemma. He might be the only one who can end to this political comedy after 37 years. But if he doesn’t, it will be Iranians who suffer.

On a recent weekend, I was having a Persian breakfast– virtually a ritual in my family.

There was a lot to eat at the table. But everybody was paying extra attention to the honey, coated in its delicious honey-wax that my mom brought it from Iran.

“How much did you pay for this maman,” I asked my mom, in Iranian culture are called “maman,” a French word imported during the 1920s.

Honey is a luxury food in Tehran, and the inflation rate goes up in Iran on a daily basis.

There is one important thing that the Iranian government, Americans and the world should know: The Iranian people are suffering, and difficulty with putting food on the table is just one of the ways.

Any time Iran is included in the world community, it has acted with more civility.

Iranian people like my mom are acutely aware of the region’s problems.

They understand their government’s propaganda against the West. They have tasted sanctions in every fiber of their stomach. They have observed Iran’s decisions on Syria’s Asad by supporting Asad’s regime in its most brutal sense. They know how the Iranian government is using the Palestinian cause to suppress its own people. They know their own government has come up short in solving domestic problems, let alone its global nuclear ambition.

If you ask the Iranian people, they want to see the stream of US green notes in their banking system.

The Iranian people don’t need a war or more sanctions. They need open doors and more relations with the West. For the Iraanian government to back away from key areas of agreement at the last minute is not a political maneuver, it is simply foolish.

Saideh Jamshidi is an Iranian-American journalist, and founder of Goltune, an online digital magazine focusing on Muslim women.