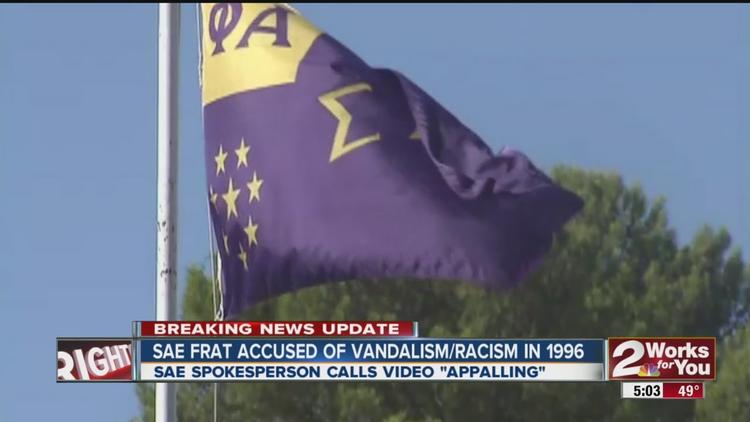 An Oklahoma station reports that SAE fraternity members have been involved in anti-Semitic and anti-Native American acts of vandalism as well as the racist chant against African-Americans recorded on Sunday at the University of Oklahoma. Sigma Alpha Epsilon was founded at the University of Alabama in Tuscaloosa, Alabama, on March 9, 1856, and may as a result attract white supremacists, though most of its members couldn’t be characterized that way. Some of its branches have been involved in hazing incidents and it has been denounced as one of the deadliest fraternities, and expelled from a number of campuses.