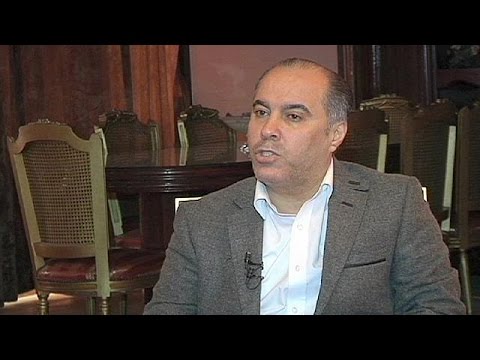 By Kate Shuttleworth and Joe Dyke |

JERUSALEM/BEIRUT (IRIN) – Shortly before Israel’s elections on Tuesday, Prime Minister Benjamin Netanyahu declared that as long as he remained in power there would be no independent Palestinian state.

“Whoever moves to establish a Palestinian state or intends to withdraw from territory is simply yielding territory for radical Islamic terrorist attacks against Israel,” he said.

The announcement was a major part of a strategy that saw Netanyahu rise from polling several points behind the more liberal Zionist Union a few days before the vote to surprise election victory and a likely fourth term in office.

While the election was fought more over economics than relations with the Palestinians, where does his explicit rejection of the two-state solution leave the peace process?

For some, Netanyahu’s statement was merely a reflection of what they had long feared – that he has little interest in an independent Palestinian state. While Israeli and Palestinian officials continue to pay lip service to American-led peace talks, there have been no significant breakthroughs in recent years. Some fear his comment was merely a blunt statement of what was in fact unspoken policy.

“Netanyahu’s statement confirms the view that he and the former government did not seriously engage in a peace process,” one European diplomat told IRIN.

Yet since the election victory, Netanyahu’s allies have sought to row back on the statement.

Tzachi Hanegbi of Netanyahu’s Likud party and the deputy foreign minister in the previous government, told IRIN that Likud was still committed to negotiations with the Palestinians.

He refused to be drawn on whether the next government would be willing to support an independent Palestinian state in any form.

Critics also allege that Netanyahu’s party used the fear of the Arab vote to drum up support. The Joint List, a coalition of four predominantly Arab parties, had a major breakthrough at this election – becoming the third largest bloc in the Knesset.

In an apparent attempt to get out the Jewish vote, Netanyahu warned that Arabs were voting in their “droves.”

Ahmed Tibi, a Joint List parliamentarian, said that Netanyahu’s victory meant little change would be forthcoming. “It seems that the Israeli Jewish public did not want to change the reality. We wanted Israel to change its reality and cooperate with democratic process,” he said.

“Nobody has a right to incite against Arabs and Netanyahu is supposed to represent all citizens, including the 20 percent of Arab Israeli citizens,” Abu Rass said. “These kinds of statements from Netanyahu widen the gaps between Arabs and Jews and worsen the ethnic discourse and do not contribute to democracy.”

Netanyahu’s choice of coalition partners is likely to influence whether he formally engages with the peace process in the coming months. He has said that it could take several weeks to form a government.

Salman Shaikh, director at the Brookings Center Doha think tank, said that if Netanyahu’s Likud party were to form an alliance with the Zionist Union then he would have to commit to a breakthrough in the peace process as it was a key part of the latter’s campaign. “But I don’t think that is going to happen – [Netanyahu] would need to back down on his promises,” he said.

In the absence of such an alliance, there appears little impetus for serious bilateral talks between Israeli and Palestinian negotiators.

This could encourage the Palestinians to ramp up their attempts at international recognition, rather than through direct negotiations. Last year the Palestinians announced their intention to join the International Criminal Court, with their accession due to be confirmed on April 1. This comes after numerous attempts to gain recognition of Palestine at the United Nations, with resolutions in the Security Council vetoed by the United States.

Saed Erekat, chief Palestinian negotiator during the last round of talks, announced that Netanyahu’s victory made the need for the Palestinians to pursue an international approach to independence more important.

“Now, more than ever, the international community must act. It must rally behind Palestinian efforts to internationalize our struggle for dignity and freedom through the International Criminal Court and through all other peaceful means,” he said.

“The Palestinians will not go through any process now [after Netanyahu’s statement],” Shaikh said. “They will be looking for international action now. They are forced to start a process that has not got internationally-backed parameters.”

The European diplomat said foreign diplomats were increasingly in agreement that direct Israeli-Palestinian talks are unlikely to yield results. “The two-state solution needs stronger international engagement, it will not come from a bilateral process,” he said.

The European Union has already announced its commitment to working with the new government on the peace process, but the diplomat added that there was increasing support within European countries for bringing the Palestinian issue back to the “Security Council with broader support.”

That could force the US into a corner. Shaikh said the US would have to decide whether it was seriously looking to pressure Israel into concessions, or merely looking to maintain the status quo.

“The only other way [for a peace process to move forward] is for the US to insist on it, put down parameters,” he said. This could begin with the “US withdrawing its veto within Security Council on certain measures and could go into a phrase of taking more positive action,” he said.

“We are going to see this thing move into the international domain and the big question is what will the US do?”