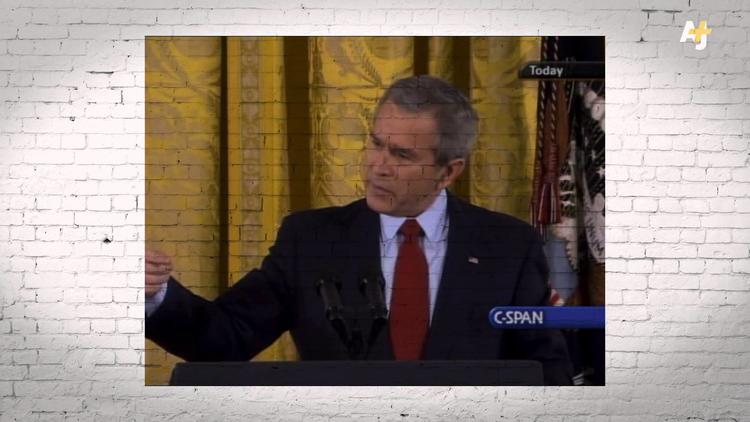 The rise of the so called ‘the Islamic State in Iraq and Syria (al-Sham)’ or the ISIL—the Daesh in Arabic—is fundamentally the result of both the poverty of Arab Politics and the failure of the Islamic clerical leadership in formulating and institutionalizing the mechanics necessary for modern governance. This failure is more pronounced in the Sunni Arab countries. But, the Shi’a clerics’ takeover of the state in Iran since the 1979 revolution has, however, allowed them the opportunity to formulate, institutionalize, and practice an ‘Islamic Republicanism,’ with many successes and failures, but at least avoiding violent dissident religious movements.

The ‘Ulema’s (clerical) historical interpretation of the Islamic Shari’a (Islamic law, duties, principles; literally meaning the ‘path leading to the watering place) in Sunni Arab States continues to block their active, responsible participation in matters of socioeconomic and political governance. The Shi’a ‘Ulema’s incorporation of ijtihad (the independent or original interpretation of problems not precisely covered by the Qurʾān, Hadith (traditions concerning the Prophet’s life and utterances), and ijmāʿ (scholarly consensus) has provided the flexibility needed to run the affairs of a modern state.

While only the future will judge the viability of an ‘Islamic Republican’ experience, the system has already proven itself innovative in creating new political and religious institutions to ‘legitimate’ the clerical rule in conjunction with civilian participation. More importantly, the final verdict on matters of religion in Iran is the product political and social debates before they become law. The Iranian system is the closest thing parallel to the position of the Caliphate in the Sunni tradition but with the benefit of being institutionalized and more pluralistic. It also has the advantage of avoiding militant, religious dissent and evading confusing and contradicting religious positions and decrees.

The appeal to Islam as a way for Arab populace salvation is only natural, given the failure of the modernization project, nationalism, Pan-Arabism and Ba’athism.  The latest rise of political Islam since the 1970s has been both a source of inspiration and division and conflict, used and abused in the service of popular political mobilization, dissent, and manipulation. If the Lebanese Amal (hope) movement in early 1970s challenged the status quo in favor of empowering the underprivileged Shi’a population there, the 1979 Iranian Revolution created an ‘Islamic Republic’ for the first time. On the other hand, the neo-Patrimonial and Rentier nature of Arab political economy has persisted since world war two but further degenerated since the American declaration of ‘war on terrorism’ in the aftermath of September 11, 2001.  Events since then   has brought to the surface the ‘shallow’ nature of power of the Arab political elite and their clumsy failed attempts at building modern, effective, and prosperous states and societies. The Arab regimes have relied on different strategies to dominate political power and to endure their authoritarian rule: Relying on foreign security and financial assistance, as in Saudi Arabia, Egypt and Jordan; Rentierism and foreign immigrant workers, as in the Persian Gulf States; sheer brutality, as in Iraq under Saddam Hussein, Qaddafi’s Libya, and Syria under the Assad family; corruption, nepotism, and Patrimonialism, as in Yemen under Ali Abdullah Saleh, Tunisia under Bin Ali, and Morocco’s king Hassan, or a combination of these.

It is not a surprise that Iran has experienced the only viable religious movement since the 1970s that has generated a stable ‘Islamic Republic.’  Despite all its shortcomings, the Shi’a clerical takeover of the State in Iran has generated a ‘Modern Theo-democracy,’ that has provided for security and stability and the socioeconomic needs of its citizenry. The Iranian State, again regardless of the balance/imbalance between Islam and Republicanism and regardless of its future ‘evolution’ or ‘devolution’, is a recognized member nation-state of the global community, and it is thus, responsible for its citizens’ conducts, and internal and international affairs. The Westphalian model still holds all states responsible for their actions in governance, with all duties and responsibilities attached.

The rise of the ISIL is both ‘a mandate of history’ and the present state of the contemporary global political economy. The long Islamic history on occasions has witnessed, as in the Christian and Judaic histories, the rise of minority, ultra-radical, and violent movements.  The timing of such occurrences, however, is contextual, occurring when ‘the community of the believers’ is presented with an uncertain and stark choice between following the mainstream leadership or to diverge from it. The Kharijites (those who exited) movement is the earliest Islamic movement that broke off from the mainstream religious and political leadership.  This was in defiance of the Shiites’ first Imam’s decision to capitulate to an unfair arbitration to avoid community division and civil war and a battle with the powerful governor of Damascus. This was a political decision at the time, when the Islamic community was increasingly divided over political and religious leadership and the distribution of newly found wealth after the conquest of Persia. In the end, this episode resulted in the death of the Prophet’s son-in-law and heir, Imam ‘Ali.  Fast forward to the rise of the ISIL.

The Sunni Arab movements have been disorganized and incoherent in their message and method of delivery of the type of modern Islamic state they plan to build. The failure of the mainstream Sunni religious leadership is evident across the Arab (Islamic) World, including the Muslim Brotherhood prior to Mubarak’s demise; al-Shabab in Somalia in 2006; Boko Haram in Nigeria; FIS or the National Salvation Front in Algeria in the 1990s; the ISIL today, or a host of militant groups in Pakistan. True, the authoritarian Arab States have prevented the rise of religious groups into national political prominence and thus prospects for a peaceful takeover of the state by such groups. But, the unpreparedness of the Sunni Islamic movements to be in charge of the state itself has also cost them their relevance and demise.

Where the Sunni movements have taken over the state, they also have failed miserably: Taliban in Afghanistan, 1996-2001; Muslim Brotherhood in Egypt, 2013; Ittihad al-Islami (AIAI) in Somalia, 1991-2006; and al-Shabab in Somalia 2006. The ruling elites’ declaration of an ‘Islamic State’ in Pakistan Saudi Arabia, or the Sudan has not resolved the political and authoritative boundaries between the secular and the religious leadership. The place of the cleric in the hierarchy of political power and matters of governance, beyond rudimentary judiciary functions, remains ill-defined. The clerical cooptation into the secular, authoritarian state to legitimate elite monopoly of political power, e.g., Saudi Arabia and the Persian Gulf Arab States, only undermines the legitimacy of the ‘Ulema as defenders of Islamic values, further encouraging the rise of rejectionist, militant groups.  The organized Sunni Islamic movements, however, have been more successful in their participation in the political process and avoiding militancy for the most part. Religious movements in Malaysia and Turkey and, thus far in Tunisia, for example, have organized themselves into political parties to challenge the state within the existing political system. Although religious political parties are an anathema to secular parties in the West, they have successfully competed for political power in Turkey, Malaysia, Indonesia, Iraq, and Tunisia. Extremism and religious militancy, nonetheless, remain a concern and a constant threat even in these countries, since ‘the battle within Islam’ over the question of ‘authenticity’ remains unresolved. Even Israeli religious political parties have not been immune to the call of ultra-religious groups.

So, the rise of the ISIL represents the frustration of the Arab population with powerlessness in the face of inept, authoritarian regimes, and their Western supporters, who since the 1940s have promised a lot but delivered meagerly. It also represents the failure of the Sunni religious leadership in general, and in the Arab World in particular, to present itself as a viable, functioning alternative to the ‘secular’ state.

is Professor of Middle Eastern and Global Politics at the University of Wisconsin, Eau Claire (UWEC)

AJ+: “Could Iran’s Version Of The Navy SEALs Defeat ISIS?”