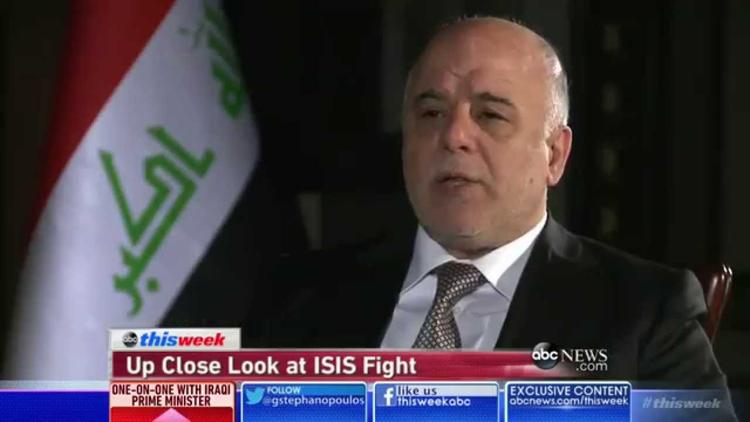 Former political enemies are forming new, non-sectarian alliances to prepare for an extremist-free future. Shiites are partnering with Sunnis and Kurds to support progressive decision-making. Can it work?

There have been some quiet negotiations going on in Iraq’s Parliament for some time now.

Members of the Ahrar block in Baghdad – the political wing of the Sadrist movement led by cleric Muqtada al-Sadr which has 34 seats in the 328 seat Parliament – have been holding talks with members of the Iraqiya coalition, which has 24 seats and which is led by one of Iraq’s Vice Presidents, Ayad Allawi.

The talks have been held out of the public eye as the politicians involved see themselves preparing for Iraq’s future once the extremist group known as the Islamic State, which is causing many security problems in the country presently, is expelled. Most of the country’s, and the world’s, attention has been on the fighting between pro-government groups and the Islamic State, or IS, group in Salahaddin recently.

But as the military campaign progresses, politicians have started talking about what happens after the IS group has been beaten back. The security crisis has not only created military problems, it has also given rise to new alliances that don’t necessarily fit the political landscape of the past.

“The aim of the negotiations with Allawi is the formation of a new, united political bloc inside the government and the Parliament capable of implementing reforms in politics, security and society,” MP Jawad al-Shihaili from the Ahrar bloc told NIQASH. “The bloc wants to help pass a number of important laws which will serve in the interests of all Iraqis – Sunni, Shiite and Kurdish – and which will support the al-Abadi government’s efforts at reform.”

“This new bloc hopes to help make new decisions which will serve the political process better – this has witnessed serious setbacks,” MP Maysoon al-Damluji, a member of the Iraqiya bloc, told NIQASH. “It will be a cross-sectarian and multi-ethnic bloc and there are many others who want to join us.”

After several meetings, the two groups first to talk to one another, have succeeded in reaching agreement on several issues they consider important; they have also agreed to try and expand the alliance and to reach out to other political groups.

Allawi is also responsible for national reconciliation in Iraq and he has started negotiations with several Iraqi Kurdish politicians to try and persuade them to join the new alliance. Previously Iraq’s Kurdish parties had refused to join any other political alliance but in this case they have expressed a willingness to join.

Today there are three major groups dominating Iraq’s political landscape. These are the largest bloc in the Parliament consisting of Shiite Muslim-majority parties, a similar, smaller bloc composed mostly of Sunni Muslim parties and then the Iraqi Kurdish group.

The parties that support the government led by current Prime Minister Haider al-Abadi are concerned that al-Abadi’s rule is being undermined by his predecessor, Nouri al-Maliki, and those who still support al-Maliki. The feeling is that the al-Maliki team want to thwart any successes claimed by al-Abadi and punish al-Abadi for taking up the job instead of al-Maliki. This new cross-sectarian alliance seeks to support al-Abadi against such political threats.

Additionally all is not necessarily well within the three major political groupings themselves. The larger parties in the Shiite Muslim alliance – such as the State of Law bloc headed by al-Abadi and previously headed by al-Maliki, the Ahrar and Muwatin blocs – were unable to choose a president for the group because of conflicts between Ammar al-Hakim, who heads the Muwatin, or Citizen, bloc and Ali al-Adeeb, a senior member of the State of Law party who is close to al-Maliki.

The Shiite bloc came up with some special rules to regulate how they would do business in Parliament in order to stop any one part of the bloc becoming too dominant, as had happened during al-Maliki’s time. But the rules haven’t really been applied and the Sadrist group have been highly critical about this, blaming an angry al-Maliki and his supporters.

The Sunni Muslim group of parties have similar problems; they’ve also been unable to choose a leader for the group and they often criticise one another.

Despite tensions between Iraqi Kurdistan’s two major political parties about the Iranian role in Iraq, the Iraqi Kurdish parties are probably the most coherent and united group.

There have also been new alliances formed on the ground during the security crisis and these remain underrepresented in the political sphere – for example, the Sunni Muslim tribal groups in Salahaddin, Anbar and Diyala who have joined with Shiite Muslim forces to fight against the IS group. Politicians from these areas who have distanced themselves from the fighting are not well thought of by locals there anymore.

For all these reasons and more, the different political actors have started to try and work on new and more effective alliances. Members of all three of the major groups concede that they’ve failed to run Iraq effectively – instead they have postponed major decisions, such as amending the Iraqi Constitution and how best to distribute oil wealth.

While these signs are positive, it does beg the question as to whether this kind of political activity can put an end to sectarian-related conflict in Iraq? The answer: It seems unlikely. The current political system, which emerged after 2003, is based on maintaining sectarian balance and the social problems created by sectarianism in the country over the past decades seem unlikely to be forgotten or resolved in the short term.

It is also important to remember that the sectarian struggle in the Middle East is regional – it would be hard for Iraq’s political actors to forget about their supporters with a sectarian bias outside of the country either.

ABC News: ” Iraqi Prime Minister on ISIS: “We Have to Stop Them” ”