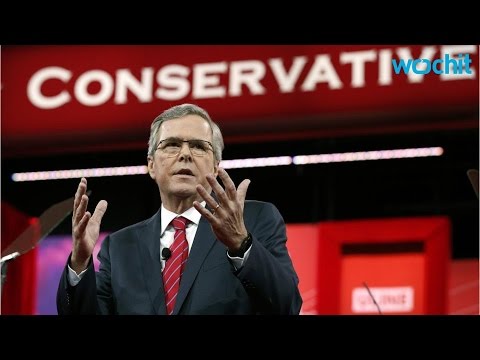 (Washington, D.C.) – Neoconservatives are beside themselves over James Baker’s speech at the recent Fifth National Conference of J Street, the pro-Israel lobby. Even before he spoke, some called on Baker to withdraw from the event, then urged Jeb Bush to ‘distance’ himself, even repudiate Baker, one of his twenty or so foreign policy ‘advisors’. Baker is a skilled politician. He oozed support for Israel throughout his remarks while expressing his disappointment at the failure of the Kerry peace talks and calling on critics to hold their fire on an Iran accord until an agreement is actually reached (or not).

Baker’s words were relatively mild but made a clear point about where he stood in relation to peace talks and the Iran negotiations. How much the GOP has changed under neocon leadership from its more pragmatic ‘realist’ days was glaring.

In truth, most of Baker’s speech focused on the simple fact that US ‘iron-clad’ support for Israel ‘will never change’, but the tensions between the two countries today is nothing new. The relationship has been riddled with disagreements since it began. In the 1950s, Eisenhower stopped an adventurist attack on Egypt by Israel, France and Britain to grab the Suez canal. Carter hammered away at Begin during the Camp David Accord process. Not least, Baker recalled his own actions as Secretary of State (George H.W. Bush administration) when he suspended $10 billion in loan guarantees to Israel to ‘nudge’ PM Shamir into the Oslo talks.

Baker is a skilled politician who knew exactly what he was saying and what podium he stood behind. In reiterating support for a two-state solution as well as cautioning against pre-emptive Congressional action on Iran, Baker sought to widen political space for the Administration’s efforts, particularly as we head into the deadline for an Iran agreement. Meanwhile the hysteria raised by the Right only widened the credibility gap that Netanyahu and his American supporters share.

For years, the GOP and neoconservatives have tried to win over the Jewish Vote. Yet the ratio of Jewish votes for the Democrats has not wavered from about 70% to 30% for the GOP, give or take a few points, for decades That kind of steadiness is rare in American electoral politics. Recent polls, like those before, show that American Jews put ‘support for Israel’ number eight when asked to identify their concerns during Presidential elections. American Jews overwhelmingly vote on social justice and economic issues.

The GOP underestimates the growing unpopularity of Mr. Netanyahu among Americans as a whole and Jews in particular. Some of the same mainstream Jewish organizations that called Jstreet traitorous a few years ago have had it with the PM for embarrassing President Obama and siding with partisan maneuvers by the GOP. Netanyahu added fuel to the fires with his pre-election remarks renouncing negotiations with Palestine and using fear of Arab voters to pull out a win. Even Abe Foxman spoke against his offensive antics.

Despite working tirelessly to box Middle East peace and the Iran talks into an Israel/Jewish or Obama vs. Netanyahu issue and using false litmus tests to gauge who’s an authentic supporter of Israel and who’s not, the GOP track record in attracting Jewish voter blocks is zero.

What gives? It happens that the same campaigns targeting liberal Jews and others who disagree with the Netanyahu government, act as dog whistles to the GOP Evangelical Christian base. Two panelists at the Jstreet conference highlighted the irony. Jim Gerthein, a Democratic campaign consultant, noted Hillary Clinton strongly backs the Obama Administration’s diplomacy with Iran. . He interpreted Clinton’s uncharacteristic willingness to differ from the Israeli view as a dwindling of fear among Democrats to alienate the Party’s Jewish base by taking positions at odds with the current Israeli government. James Antle,111, well-known Republican libertarian commentator, emphasized that the Evangelical Christian vote in the GOP dwarfs the entire Jewish vote by several degrees.

It’s a coincidence that some of the most vocal neoconservatives in America – Wolfowitz, Krystal, Pearle – are Jewish. Nevertheless, they use their Jewish identity creatively to advance their agenda in American politics. While energizing the GOP’s Israel right-or-wrong Evangelical base to support a militaristic foreign policy, they seek to neutralize the progressive influence of liberal Jews through a divisive campaign to discredit any Jew who criticizes the current government.

Carlyn Meyer, former editor of the blog Read Between the Lines, writes on politics from her home in Chicago.
——