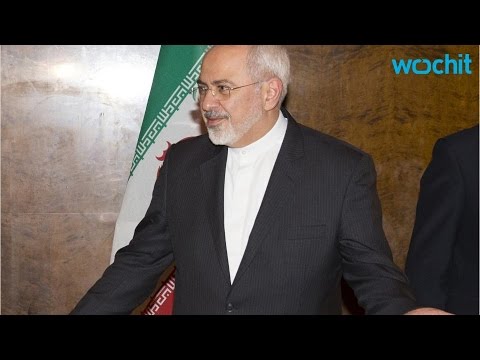 From the web page of the Iranian Ministry of Foreign Affairs:

Dr. Zarif’s Response to the Letter of US Senators

Asked about the open letter of 47 US Senators to Iranian leaders, the Iranian Foreign Minister, Dr. Javad Zarif, responded that “in our view, this letter has no legal value and is mostly a propaganda ploy. It is very interesting that while negotiations are still in progress and while no agreement has been reached, some political pressure groups are so afraid even of the prospect of an agreement that they resort to unconventional methods, unprecedented in diplomatic history. This indicates that like Netanyahu, who considers peace as an existential threat, some are opposed to any agreement, regardless of its content.

Zarif expressed astonishment that some members of US Congress find it appropriate to write to leaders of another country against their own President and administration. He pointed out that from reading the open letter, it seems that the authors not only do not understand international law, but are not fully cognizant of the nuances of their own Constitution when it comes to presidential powers in the conduct of foreign policy.

Foreign Minister Zarif added that “I should bring one important point to the attention of the authors and that is, the world is not the United States, and the conduct of inter-state relations is governed by international law, and not by US domestic law. The authors may not fully understand that in international law, governments represent the entirety of their respective states, are responsible for the conduct of foreign affairs, are required to fulfil the obligations they undertake with other states and may not invoke their internal law as justification for failure to perform their international obligations.

He emphasized that if the current negotiation with P5+1 result in a Joint Comprehensive Plan of Action, it will not be a bilateral agreement between Iran and the US, but rather one that will be concluded with the participation of five other countries, including all permanent members of the Security Council, and will also be endorsed by a Security Council resolution.

Zarif expressed the hope that his comments “may enrich the knowledge of the authors to recognize that according to international law, Congress may not modify the terms of the agreement at any time as they claim, and if Congress adopts any measure to impede its implementation, it will have committed a material breach of US obligations.

The Foreign Minister also informed the authors that majority of US international agreements in recent decades are in fact what the signatories describe as “mere executive agreements” and not treaties ratified by the Senate.

He reminded them that “their letter in fact undermines the credibility of thousands of such mere executive agreements that have been or will be entered into by the US with various other governments.