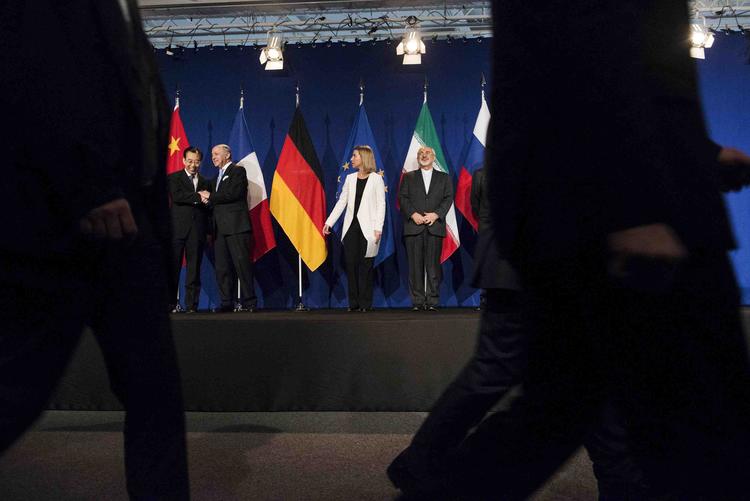 Although some lawmakers, including Democrats, believe Congress should have a say in any potential removal of Iranian sanctions, most Americans say Congress should not keep a possible a nuclear deal from being implemented.

Roughly 61 percent of Americans support the framework agreement struck between Iran and the P5+1 (the US, UK, France, China, Russia and Germany) earlier this month, according to a new poll conducted by Hart Research. Thirty-four percent of voters said they were against the deal.

Read moreSanctions on Iran will be lifted ‘only in stages’, says Washington

The poll was commissioned by the liberal advocacy group Americans United Change and has a margin of error of 3.5 percent.

Americans were also broadly in agreement regarding Congress’ potential spoiler role in the negotiations. About 65 percent of voters said Congress should allow the Obama administration to move forward with a finalized deal, while just 30 percent said lawmakers should block the deal.

Hart Research chose to describe the framework deal in a similar way to how the Obama administration has categorized it. Respondents were told that a nuclear deal would keep Iran from developing a nuclear weapon, establish short-notice inspections by the International Atomic Energy Agency and lift sanctions gradually as long as Tehran complies.

Notably, the Iranians have described the terms of the framework deal differently in some respects. For example, they have said that sanctions should be lifted immediately following the onset of the agreement. Recently, Iran’s Supreme Leader, Ali Khamenei also mentioned that international inspectors would not be allowed to enter militarized sites.

Importantly, the Hart Research poll found that support for the deal remained strong even when those surveyed had heard criticism surrounding it – such as the claim that it doesn’t do enough to restrict Tehran’s ability to develop a bomb or that the deal is not permanent and that more sanctions are needed to get a more favorable outcome.

After hearing both sides of the argument, including a proposition that military action could be a better option, 57 percent of voters said they agreed with those supporting the deal. Thirty-eight percent agreed with those opposing it.

PBS Newshour: “What role did other countries play in Iran nuclear talks?”