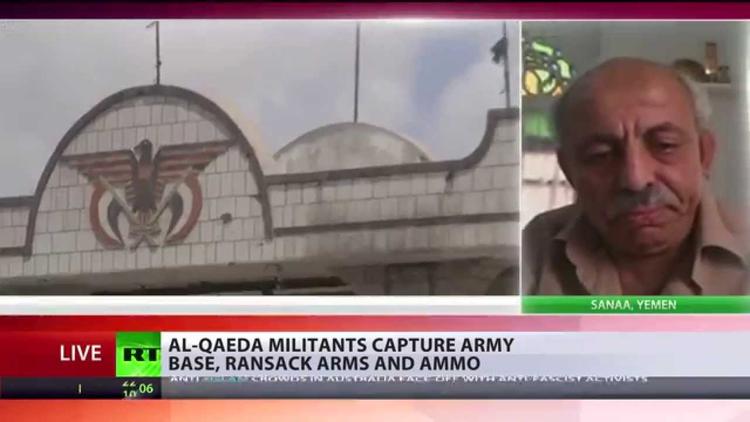 “Everything is underground, nothing is public.”

The current Saudi-led intervention in Yemen designed to prevent Iranian-backed forces from gaining power symbolises the Gulf’s new assertiveness. This is unfolding as the various Gulf states seek to hedge their bets with different strategies that complement rather than replace the regional US security umbrella.

Qatar last month signed a military agreement with Turkey which gives the two parties the right to deploy soldiers in each other’s territory. Qatar is the latest Gulf state to seek alliances as a way to enhance security in a world in which a post-nuclear agreement Iran would join Turkey and Israel as the region’s foremost military powers. The agreement is rooted in shared attitudes towards tumultuous developments in the Middle East that potentially threaten long-ruling autocrats and spawned civil wars and spiralling political violence and could rewrite the region’s nation state cartography.

If invoked in a time of crisis, the likelihood is that tiny Qatar’s alignment with the second largest standing army in NATO would mean that Turkish forces would be sent to aid the Gulf state and recognises that Qatar’s 12,000-man military will never be capable of defending the emirate. The agreement supplements Qatar’s soft power strategy that seeks to embed the Gulf state in the international community through sports, arts, airline connectivity, investment and high-powered mediation of regional disputes in a way that it could call on in times of emergency.

While the Qatar-Turkey agreement is between governments that are politically aligned on one side of the Middle East and North Africa’s multiple political divides, concern among Gulf states has also sparked subtle shifts that are bringing erstwhile opponents closer together. Qatari and Turkish relations with Saudi Arabia, the United Arab Emirates and Egypt had soured since the military coup in 2013 that toppled Egyptian President Mohammed Morsi because of the two states support for Islamist groups like the Muslim Brotherhood and Hamas.

“Qatar this month signed a military agreement with Turkey”

The subtle realignment of alliances prompted by fears that the United States will conclude a deal with Iran that they believe fails to ensure that the Islamic republic will not become a nuclear power was first noticeable in the willingness of Saudi Arabia and the UAE to be more open about their political and security relations with Israel. The two Gulf states refuse to establish diplomatic relations with the Jewish state because of its unresolved conflict with the Palestinians but share Israel’s perception of Iran as an existential threat.

“Everything is underground, nothing is public. But our security cooperation with Egypt and the Gulf states is unique. This is the best period of security and diplomatic relations with the Arabs,” said General Amos Gilad, the Israeli defence ministry’s director of policy and political-military relations, during a visit to Singapore last year. Gilad played a key role in forging Israel’s alliance with Egyptian general-turned-president Abdel Fattah Al Sisi.

In unprecedented public moves, Saudi officials reached out to Israel they had long shied away from. Saudi officials, contrary to past practice, refrained in December from commenting on unconfirmed news reports that quoted Saudi oil minister Ali Bin Ibrahim al-Naimi as saying the kingdom would be willing to sell oil to Israel.

Six months earlier former Saudi intelligence chief and ambassador to the US and UK Prince Turki Al Faisal called on Israel to resolve the Palestinian issue as a way of facilitating enhanced Israeli-Saudi relations. Besides opening direct flights between Riyadh and Jerusalem, “commerce, medicine, science, art, and culture between our two peoples would develop,” Turki wrote in the first ever op-ed submitted by a member of the Saudi elite to an Israeli newspaper.

A second indication was a decision last December by Saudi Arabia, the UAE and Bahrain to paper over their differences with Qatar over the Muslim Brotherhood. The three states had nine months earlier withdrawn their ambassadors from the Qatari capital in a failed attempt to force Qatar to break its ties with the Brotherhood and expel Brothers from the country.

Similarly, Saudi Arabia, which views Iran as a far greater threat than the Brotherhood, has signalled that its attitude towards the Brotherhood was changing despite its backing for Sisi’s brutal crackdown on the group in Egypt and the kingdom’s banning of the Brothers as terrorists. The moves are part of a Saudi effort to forge a Sunni Muslim alliance against Iran that paved the way for this month’s visit to Riyadh by Turkish President Recep Tayyip Erdogan.

A recent conference in Mecca that brought together Muslim clerics to denounce terrorism was hosted by the Muslim World League, a body established by Saudi Arabia but long associated with the Brotherhood. Earlier, Saudi Foreign Minister Saud bin Faisal declared that the kingdom has “no problem with the Muslim Brotherhood”.

Gulf states’ fears of Iran are likely to create further opportunity for China to strengthen its soft military ties in the region in a balancing act that is designed to ensure that it does not challenge US hegemony in the region. China said this month it had agreed to sell Turkey a US$3.4 billion surface-to-air missile system that could prove difficult to integrate with its NATO allies.

The nibbling at the fringe of the Middle East’s security architecture is however unlikely to improve regional security as long as it includes policies by states like Saudi Arabia that exacerbate rather than soften sectarian divides and that seek to box in regional powers rather than include them on equitable terms.

James M. Dorsey is a senior fellow at the S. Rajaratnam School of International Studies at Singapore’s Nanyang Technological University and author of the blog The Turbulent World of Middle East Soccer. He also runs the blog Mideast Musings at Your Middle East.

RT: “Yemen turmoil: Over 500 killed in 2 weeks of fighting, Al-Qaeda ransacks military base”