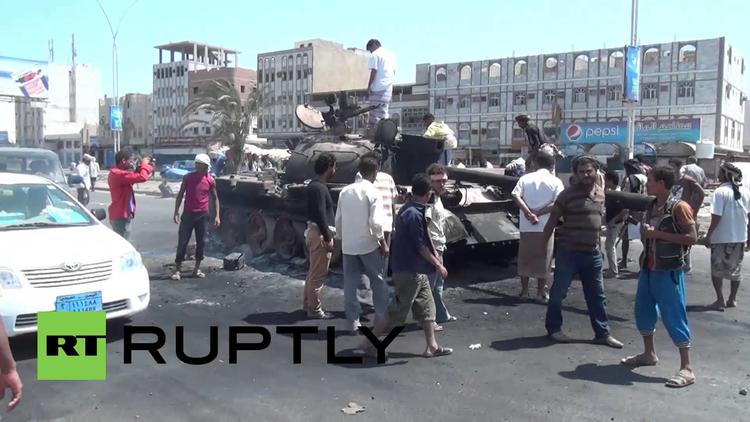 The Saudi-led coalition intervening in Yemen has more in common with 19th-century Europe than the 21st-century Middle East.

Saudi Arabia’s recent intrusion into Yemen is ostensibly part of a bitter proxy war with Iran. But the coalition that Riyadh has assembled to intervene in Yemen’s civil war has more in common with 19th-century Europe than the 21st-century Middle East.

The 22-member Arab League came together at Sharm el-Sheikh, Egypt last month to draw up its plan to attack the Houthi forces currently holding Yemen’s capital. And the meeting bore an uncanny resemblance to a similar gathering of monarchies at Vienna in 1814.

The leading voice at the Egyptian resort was the Saudi foreign minister, Prince Saud al-Faisal. His historical counterpart was Prince Klemens von Metternich, the Austrian foreign minister who designed the “Concert of Europe” to ensure that no revolution would ever again threaten the monarchs who dominated the continent.

More than 200 years divides those gatherings, but their goals were much the same: to safeguard a small and powerful elite’s dominion over a vast area.

There were not only kings represented at Sharm el-Sheikh. Besides the foreign ministers for the monarchies of the Gulf Cooperation Council (GCC) — Saudi Arabia, Kuwait, Oman, the United Arab Emirates, Bahrain, Oman, Qatar, Morocco, and Jordan — most of the Arab League was there, with lots of encouragement and support from Washington and London.

But Saudi Arabia was running the show, footing the bills, and flying most of the bombing raids against Houthi fighters and refugee camps.

The Yemen crisis is being represented as a clash between Iran and the Arab countries, part of ongoing tension between Sunni and Shiite Islam.

The Arab League accuses Iran of overthrowing the Yemeni government of Abdu Rabbu Mansour Hadi, using the Shiite Houthis as their proxies. But the civil war in Yemen is a long-running conflict over access to political power and resources, not religion, or any attempt by Iran to spread its influence into a strategic section of the Arabian Peninsula.

The spread of sectarian warfare, as longtime Middle East journalist Patrick Cockburn points out, is a more likely result of the Saudi invasion than a cause.

The Houthis, like the Iranians, are Shiites, but of the Zaydi variety — not one that many Iranians would even recognize. And while the Houthis have been at war with the central government off and on since 2004, the issues are profane, not sacred.

Yemen — a country of 25 million people that’s about the size of France — is the poorest nation in the Middle East, with declining resources, an exploding population, and a host of players competing for a piece of the shrinking pie. Unemployment is above 40 percent and water is scarce. Oil, the country’s major export, is due to run out in the next few years.

The country is also one of the most fragmented in the region, divided between the poorer north and the richer, more populous south, and riven by a myriad of tribes and clans. Until 1990 it was not even one country, and it took a fratricidal civil war in 1994 to keep it unified. There is still a strong southern secessionist movement.

The current war is a case in point.

The Houthis fought six wars with former military strongman Ali Abdullah Saleh, who was forced out of the presidency in 2012 by the GCC and the UN Security Council. Hadi, his vice president, took over and largely ignored the Houthis — always a bad idea in Yemen.

So, aided by their former enemy, Saleh — who maintains a strong influence in the Yemeni armed forces — the Houthis went to war with Hadi. The new president was placed under house arrest by the rebels, but escaped south to the port of Aden before fleeing to Saudi Arabia when the Houthis and Saleh’s forces marched on the city.

That’s the simple version of the complexity that is Yemen. But “complex” was not a word encountered much at Sharm el-Sheikh. For the Arab League, this is all about Iran. The Houthis, said President-in-exile Hadi, are “Iranian stooges.”

The Houthis, says Towson University professor Charles Schmitz, an expert on the group, “are domestic, homegrown, and have deep roots in Yemen going back thousands of years.” He says that the Houthis have received support from Iran, but “not weapons, which they take from the Yemeni military.”

“Does that mean they are going to do Iran’s bidding?” he asks. “I don’t think so.”

Both Democrats and Republican hailed the Saudi attacks. “I applaud the Saudis for taking this action to protect their homeland and to protect their own neighborhood,” said House Speaker John Boehner. Rep. Adam Schiff, the senior Democrat on the House Intelligence Committee, agreed. The Obama administration says it’s providing intelligence and logistical support for the operation.

U.S. involvement in Yemen is long-standing, dating back to 1979 and the Carter administration. According to UPI, the CIA funneled money to Jordan’s King Hussein to foment a north-south civil war in Yemen, and U.S. Special Forces have been on the ground directing drone strikes for over a decade.

The United States is supporting the Saudi bombing in Yemen because the Houthis are allied with Iran and because Washington relies on the Yemeni government as a partner against al-Qaeda. But in Iraq, the U.S. is tacitly cooperating with Iran in the war on the Islamic State, or ISIS. And while the Saudi government is opposed to the Islamic State and al-Qaeda, aided by U.S. intelligence, it’s attacking one of the major forces fighting al-Qaeda in Yemen — the Houthis.

In the meantime, the Gulf Council has stepped up its support of the Nusra Front in Syria, a group tied to al-Qaeda and a sworn enemy of the Gulf monarchies as well as the United States.

Ginning Up a Regional War

On one level this reaches the level of farce. On the other, the situation is anything but humorous.

The Yemen intervention will deepen Shiite-Sunni divisions in the Islamic world and pull several countries into Yemen, the very definition of a quagmire. While the Arab League’s code name for the Yemini adventure is “Operation Decisive Storm,” Cockburn points out, the military operation will almost certainly be the opposite.

“In practice, a decisive outcome is the least likely prospect for Yemen, just like it has been in Iraq and Afghanistan,” he writes. “A political feature common to all three countries is that power is divided between so many players it is impossible to defeat or placate them all for very long.”

Even if the Houthis are driven back to their traditional base in the north, it would be foolhardy for any ground force to take them on in the mountains they call home. The Yemeni government tried six times and never succeeded. It is rather unlikely that Egyptian or Saudi troops will do any better. While the Arab League did make a decision to form a 40,000-man army, how that will be constituted — and who will command it — is not clear.

Besides stirring up more religious sectarianism, the Yemen war will aid the Saudis and the GCC in their efforts to derail the tentative nuclear agreement with Iran.

If that agreement fails, a major chance for stability in the region will be lost. Saudi Arabia’s newfound aggressiveness — and its bottomless purse — will gin up the civil war in Syria, increase tensions in northern Lebanon, and torpedo the possibility of organizing a serious united front against ISIS.

While the U.S. has talked about a political solution, that’s not what’s coming out of the Arab League. The military campaign, says Arab League General Secretary Nabil el-Araby, “will continue until all the Houthi militia retreats and disarms and a strong unified Yemen returns.” The bombings have already killed hundreds of civilians and generated tens of thousands of refugees. Gulf Council sources say that the air war may continue for up to six months.

Instead of endorsing what is certain to be a disaster, Washington should join the call by European Union foreign policy chief Federica Mogherini for a ceasefire and negotiations. “I’m convinced that military actions is not a solution,” she said, calling on “all regional actors” to “act responsibly and constructively… for a return to negotiations.”

The Houthis are not interested in running Yemen. Senior Houthi leader Saleh Ali al-Sammad said that his organization “does not want anything more than partnership, not control.” Houthi ally and ex-president Saleh also said, “Let’s go to dialogue and ballot boxes,” not bombing. Yemen needs an influx of aid, not bombs, drones, and hellfire missiles.

The Congress of Europe muzzled European modernism for more than a generation, just as the Gulf Cooperation Council and Egypt will do their best to strangle what is left of the Arab Spring. Prince Metternich remained Austria’s Chancellor until a storm of nationalism and revolution swept across Europe in 1848 and brought down the congress of reaction.