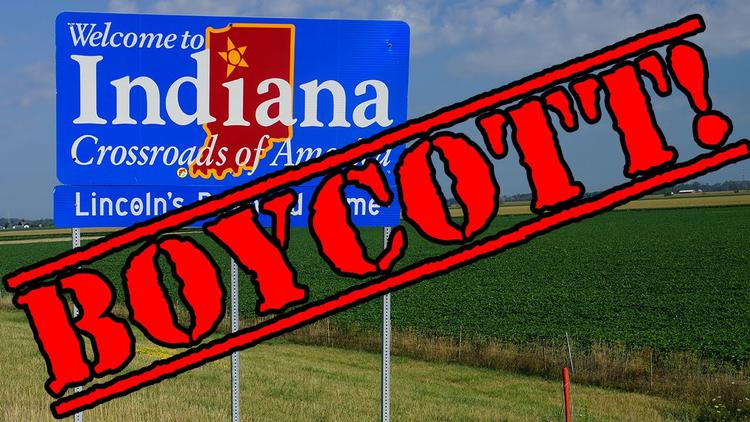 “Cenk Uygur (http://www.twitter.com/cenkuygur) and John Iadaola (https://twitter.com/jiadarola) host of The Young Turks discusses the backlash and boycotts from other states against Indiana over its Religious Freedom Restoration Act being put into law.

First it was Connecticut that is boycotting Indiana and now Washington State joins in the fun while several other states are in talks to join in. Indiana has passed a law, the Religious Freedom Restoration Act, that allows any business to refuse service to anyone on religious grounds. Indiana is the twentieth state to pass such a law, but is the only one that has gained national attention. You might very well think that its because Governor Mike Pence who signed the bill into law is so much fun to watch try and explain how the discriminating law is in no way discriminating when it totally is, but we couldn’t possibly comment.”