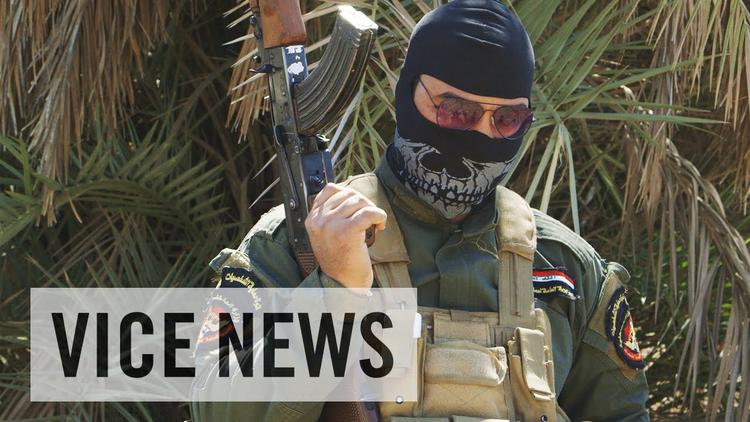 “Days before the US launched airstrikes on Tikrit in late March, VICE News traveled to the front lines of the northern Iraqi city, where Iraqi government forces and volunteer militiamen are continuing to battle the so-called Islamic State militant group.

The presence of the volunteer militiamen Hashd al Shaabi, also known as the Popular Mobilization Forces, has raised fears among civilians of retributive attacks. VICE News spoke to refugees from Tikrit who were detained while attempting to flee the fighting, some of whom accused Hashd al Shaabi of carrying out abductions, forced conscription, and looting.”

VICE News: “Trapped Between the Islamic State and Government Forces”