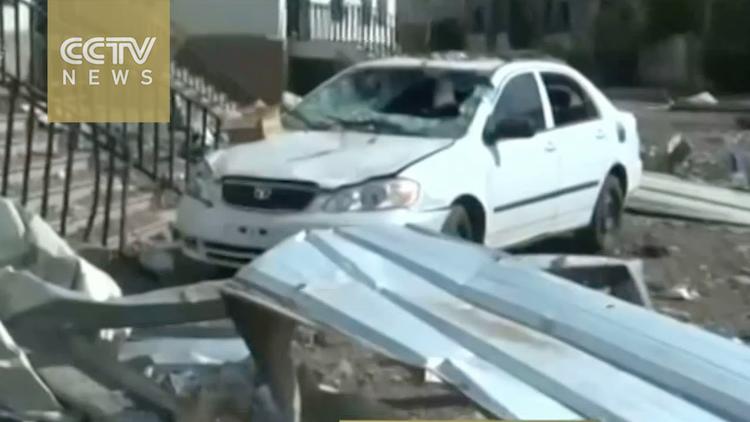 (Washington, DC) – Saudi Arabia, other coalition members, and the United States should ensure that coalition forces take necessary steps to minimize harm to civilians during military operations in Yemen, Human Rights Watch said today, releasing letters to King Salman bin Abdulaziz Al Sa`ud of Saudi Arabia and US Secretary of Defense Ashton Carter. The coalition and the US should investigate alleged laws-of-war violations by coalition forces and facilitate the delivery of humanitarian aid to populations at risk.

The Saudi-led air campaign that began on March 26, 2015, has killed at least 311 civilians, according to the World Health Organization. The coalition has conducted airstrikes in apparent violation of the laws of war, such as the March 30 attack on a displaced persons camp in Mazraq, northern Yemen, that struck a medical facility and a market.

“The alarming civilian deaths and humanitarian crisis in Yemen should spur the Saudi-led coalition and the Houthis to get serious about protecting civilians,” said Philippe Bolopion, UN and crisis advocacy director at Human Rights Watch. “The US should use its influence with the coalition to ensure full compliance with the laws of war.”

The humanitarian situation in Yemen, the poorest country in the Arab world, is rapidly deteriorating. International aid organizations have sought ongoing and timely clearances to bring in medical and other humanitarian supplies by air and sea. All parties to the conflict are required under the laws of war to facilitate rapid and unimpeded passage of humanitarian aid to civilians in need.

By providing logistical and intelligence assistance to coalition forces, the United States may have become a party to the conflict, creating obligations under the laws of war.

“Whether or not the US is a party to the conflict, its close association with the coalition’s military campaign should provide a strong incentive for the Obama administration to take concrete steps to try to minimize the civilian toll of the war and ensure that alleged violations are promptly investigated,” Bolopion said.