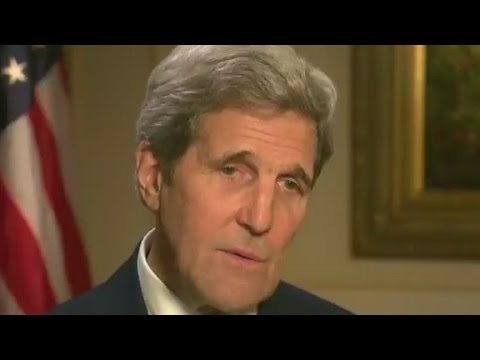 Iran has just de facto announced that it does not want a nuclear weapon, at least in this generation, and probably ever. That American and Western hawks can’t see this is a measure of their own blinkered view of reality or their own corruption. Some hawkishness is a business plan; if you use up bombs in an elective war, you have to order more planes, bombs, tanks, etc. from the arms manufacturers who fund your political campaign.

Intentions are underrated. It is a truism in military strategy that you cannot afford to worry about enemy intentions. What you have to worry about is enemy capabilities. The intentions could always turn to the dark side. But if you are prepared for their capabilities, you can withstand an attack.

This way of thinking has a significant drawback, which is that it is easy to attribute to the enemy bad intentions it does not have, and to use technical superiority to launch a preemptive war. France wasn’t in fact planning to attack Germany in the first half of 1914. Some French generals were suspicious of German intentions earlier that year and even thought of shoring up defenses on the Belgian frontier, but that was defensive. In fact, the British assured Kaiser Wilhelm II of French neutrality, and the Kaiser was inclined to accept the assurance.

But Chief of Staff Helmuth von Moltke the Younger and the German high command had begun implementing a Schlieffen Plan for fighting France done up as a contingency in 1905, and in 1914 assumed it was only a matter of time before the budding Austrian-Russian war would draw Russia’s French ally in against Austria’s German ally. They insisted on going ahead. Von Moltke and the other officers thought they were initiating a short preemptive war, whereas they were in fact initiating an act of aggression that would end the German Empire after nearly half a decade of epochal carnage. Putting intentions aside and attending only to strategic and operational issues can be dangerous, since military men and hawkish politicians are suspicious people and see bad intentions everywhere.

The virtue of the Lausanne Plan with regard to Iran, it seems to me, is that it at least latently addresses both issues. Iran is subjecting itself to limitations on centrifuges, limitations on the Arak reactor, and limitations on enriched stockpiles that forestall the construction of a nuclear weapon in a time frame that would matter. The capacity isn’t there in the short term.

But the very willingness of the Iranian regime to put itself under this stringent regime of technical limitations and intrusive inspections can only signal that Tehran has not the slightest desire to weaponize its enrichment program.

We know this from history. When North Korea decided to get a nuclear bomb, it abandoned the 1994 Agreed Framework in 2002, withdrew from the Nuclear Nonproliferation Treaty in 2003, and by 2006 had a bomb. Iran is acting in the opposite way. It is accepting more stringent inspections and massive limitations on equipment.

This agreement does not look like North Korea at all.

It looks like Brazil and Argentina, which had a budding nuclear rivalry in the 1980s under their respective military dictatorships but which, when they transitioned to civilian rule, drew back in horror at the idea of having or using a bomb. They made the Quadripartite Agreement at Guadalajara. Here’s a description of the compliance mechanisms they set up in the early 1990s to ensure that their nuclear programs were peaceful:

” Verification and Compliance: Brazil and Argentina have established the Common System of Accounting and Control of Nuclear Materials (SCCC) in order to verify that nuclear materials used in all nuclear activities in both countries are not diverted to purposes prohibited by the agreement. The objective of ABACC is to administer and implement the SCCC: to carry out inspections, to designate inspectors, to evaluate inspections, to engage the necessary services to ensure fulfillment of the SCCC objectives, to represent the parties before third parties in connection with the implementation of the SCCC, and to take legal action. The Quadripartite Agreement between the two Governments, the ABACC, and the International Atomic Energy Agency (IAEA) gives the IAEA the responsibility of applying full safeguards in both countries. If a country was found to be in non-compliance, the IAEA would refer the case to the United Nations Security Council.”

Neither country has been found to be in non-compliance.

There will be those who compare Lausanne to Chamberlain’s negotiations with Hitler. That analogy is flawed six ways from Sunday. First of all, poor Chamberlain has been unfairly maligned, since he wasn’t giving in to Germany, he was engaged in a deliberate and deceptive stalling action. Second, he wasn’t putting Germany under inspections or getting it to agree to reduce its armaments by 2/3s! Third, all peace agreements aren’t preludes to war. Most a preludes to peace. I have called the hawks’ fallacy The Crock of ‘Appeasement’.

In short, Lausanne looks more like the Brazilian-Argentinian Guadalajara Agreement or like the 1979 Camp David Accords between Egypt and Israel, both of which have held, than it looks like 1938.

The people who argue for 1938 are unbeknownst to themselves actually stuck in Berlin, August 1914 and are perpetually playing von Moltke. They imagine an attack from a France that has already offered to stay neutral. They imagine a short war. They are intrigued by the possibilities of new military breakthroughs if only a years-old Schlieffen Plan can be implemented. They initiate aggression and genocide in the name of a phantasmic preemption. They act on paranoid hallucinations with real tanks and bombs.

We already let the Neoconservatives play von Moltke in Iraq, arguing preemptive war, Iraqi Baathist bad intentions, secret nuclear weapons programs, etc., etc. After a century, surely von Moltke and preemptive war thinking, which polished off 16 million people and wounded 20 million, should have a worse reputation than they do.

John Kerry and Mohammad Javad Zarif have demonstrated that diplomacy can work, that war is not the only available policy tool or even a very good one, and that we don’t have to fight World War III in the Middle East.