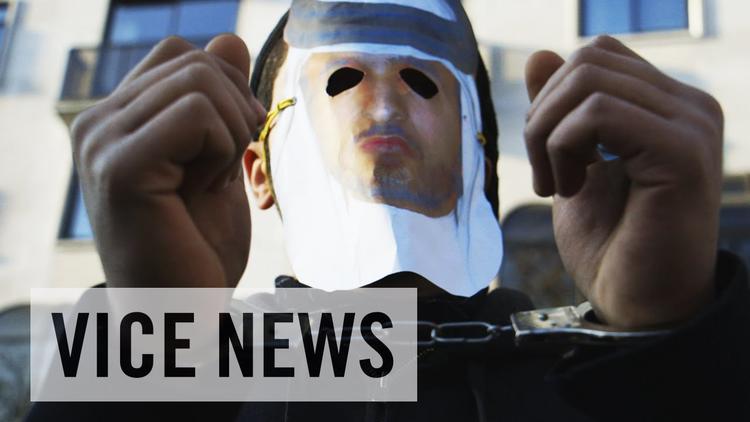 “Formula 1’s annual Bahrain Grand Prix opened April 17 to global fanfare, but demonstrators in the small Gulf kingdom off the eastern coast of Saudi Arabia have been protesting the motorsports event for weeks, accusing Formula 1’s management of ignoring longstanding human rights abuses in the country.

This year’s race comes at an awkward time for Bahrain’s ruling al Khalifa family. On April 2, Nabeel Rajab — one of the country’s most prominent human rights activists — was arrested on charges of insulting the kingdom. VICE News was with Rajab shortly before his arrest, when he accused Western governments of turning a blind eye to Bahraini government abuse.

Back in London, activists continue to rally against Britain’s conduct in Bahrain. VICE News met up with members of the Bahrain Institute for Rights and Democracy as they protested the arrival of Prince Nassar bin Hamad al Khalifa — nicknamed the “Playboy Prince” — who has been accused of being involved with the torture of political prisoners.”