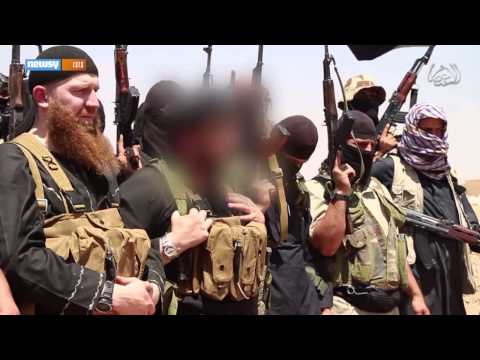 “To the people of Egypt, particularly the young people of Egypt: I want to be clear: We hear your voices. I have an unyielding belief that you will determine your own destiny and seize the promise of a better future for your children and your grandchildren.”

These were the words of Barack Obama to the protestors at Tahrir in 2011 signaling his support for their demands of freedom and dignity. However, as the experience showed, when it comes to Barack Obama, nothing goes beyond rhetoric. On March 31, 2015 the White House announced that Obama has decided to restore the military aid to Egypt.

When Obama came to power, he adopted a different discourse, compared to that of his predecessor, towards the Arab and Islamic World. By stressing the values of understanding and cooperation rather than that of conflict and clash, Obama was trying to restore America’s soft power and lessen the extent of tension to which the relations between the two parties have reached during the eight years of the former administration. Knowing that public diplomacy is an integral part in promoting soft power, Obama delivered his famous speech titled “A New Beginning” to the Islamic World from Cairo in 2009. Six years later, his actions speak louder than his words.

The administration had withheld military assistance since 2013 after the military ousted the first democratically elected President of Egypt, Mohamed Morsi, and brutally dispersed the encampment of his supporters in Rabaa al-Adawiya Square. But now Obama has informed the Egyptian President, al-Sisi, that “he will lift executive holds on the delivery of F-16 aircraft, Harpoon missiles, and M1A1 tank kits”.

In addition, Obama said that he “will continue to request an annual $1.3 billion in military assistance to Egypt”. The decision introduced new arrangements as the US, starting from the 2018 fiscal year, will no longer allow Egypt to purchase military equipment on credit (cash- flow financing) and that all future aid will be linked to specific activities related to “counterterrorism, border security, maritime security, and Sinai security – and for sustainment for weapons systems already in Egypt’s arsenal”.

Some analysts have read the decision, particularly the new arrangement, as giving the US more say in what the Egyptian military purchases and, thus, giving the American government more political leverage over its Egyptian counterpart. Others have harshly criticized the decision in view of the heinous human rights record of the Egyptian regime in its dealing with the opposition and the increasing repressive nature of the new/old regime. For a third group, the decision was a “necessary evil”. For them, the rise of violent extremism increases the need for the role of a key ally like Egypt in the international coalition against ISIS; a role that the Egyptian regime is apparently willing to pursue in return of boosting its tainted legitimacy and alleviating pressures on the way it deals with internal opposition and political dissent.

I argue that the latest decision by the Obama administration is the practical translation of his Cairo speech especially with regard to the “war on terror” and democratization. The problem lies not in the fact that Obama did not fulfil his promises. It lies in our failure to understand what he really meant by his speech. Looking back at the order of issues that Obama tackled in his speech, we find “violent extremism”- in other words the “war on terror”- came first. In this way, combating terrorism topped Obama’s agenda towards the region. He was seeking to integrate the countries in the region in this campaign to help in the challenges that the US faces in this part of the world. A mission that some countries in the region, including Egypt, resisted as some of the WikiLeaks releases revealed. The leaked diplomatic cables showed how the Egyptian military was resisting reforming its mission or taking part in regional counterterrorism efforts. The new arrangement gives the US an upper hand in shaping the Egyptian military mission. It also comes at a time where the Egyptian regime will be more willing to follow given the status of its internal opposition and its adoption of the famous “war on terror” motto to repress internal dissent.

For those who are shocked from Obama’s decision, it is time to reiterate some facts. Democracy promotion in the region was never a priority for the different American governments. Here, Obama is no exception to the rule. Even in his Cairo speech, democracy came in the fourth place and he was careful not to criticize the region’s leaders or to send any signals of support to the calls for political reform. This silence was understood back then as backing off from the call to democratize either because Obama had fallen in the trap of the Islamic scare that was promoted by Arab rulers or had a deal with these regimes according to which the issue of democracy would be postponed in return of focusing on other thorny issues. It is clear now that Obama was simply outlining his approach towards this issue: Arab democracy is not a goal of itself but depends on how it agrees to or departs from American interests.

The so- called “Arab Spring” made this approach even clearer. The Obama’s administration only showed its support to the protests when it was a public diplomacy imperative and after the protestors were able to hold their ground. When the Egyptian army ousted the first ever democratically elected president, the US refrained from calling the act as a coup. It preferred a vague language to maintain a flexible position with regard to deciding on the military aid. It seems that all depended on how cooperative the Egyptian military would be in protecting American interests in the region.

Despite the US’s critique of the deteriorating status of human rights and the increasing degree of repression in Egypt, this did not discourage Obama from resuming the military aid. This was even in contradiction to what the administration has announced before. Last year, when the US government approved the transfer of ten Apache helicopters to Egypt, it made it clear that the resumption of the military assistance was conditioned on certifying that “Egypt is taking steps to support a democratic transition or that it is respecting fundamental rights”. It is enough to mention that, there are almost 40.000 political prisoners in Egypt, there are almost 2.000 people on the death roll, most of the 25 revolution youth activists are in jail, and the country does not have a parliament for almost three years now. These examples make it clear that nothing has actually changed in Egypt since then and that the Obama administration has not given democratic transition in Egypt even a lip service.

Admittedly, the Obama’s administration justified the decision with reference to the American national security. Ironically, the US has always thought that protecting its national security depends on tyrants and repressive regimes not only in the Arab World but also n other places. For example, The US supported Pinochet’s repressive regime in Chile and adopted, for several years, a silent diplomacy towards his record of human rights’ violations. Cold War rivalry portrayed this support as a national security imperative. It is true that the US is not adopting a silent approach towards the Egyptian regime but it is definitely taking an “indecisive” one.

Instead of making the same mistakes repeatedly, the US should learn the lessons of history that the real guarantee of its security is when others also feel secure. The solution never lies in supporting authoritarianism or increasing it but with allowing a democratic accountable governments and providing a hope for a better future. The great motive for violence is this sense of hopelessness and helplessness towards the future not an innate tendency to clash with others.

Those “who cling to power thorough corruption and deceit and the silencing of dissent”, are not the only ones on the wrong side of history, Mr. President, but also their supporters. I wonder if Barack Obama has ever heard the voices calling for dignity and freedom and really understood their demands, because he is obviously supporting their repression now.

Newsy World: “US Military Aid To Egypt: Why The Change?”