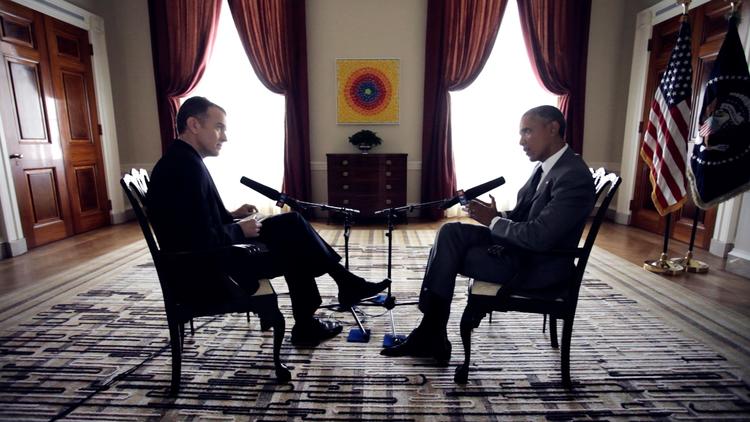 There are two sides to every story.

When it comes to the framework nuclear deal reached this month between world powers and Iran, there is the account provided by the United States, and there is the Iranian account.

They differ slightly, including on the timing of the removal of sanctions imposed on Iran over its controversial nuclear activities.

According to the fact sheet released by the United States shortly after the agreement was announced, "Iran will receive sanctions relief, if it verifiably abides by its commitments."

But that is not the impression that Iran is working under. According to a statement issued by the Iranian media, Tehran believes the terms mean that all sanctions will be immediately removed after the implementation of a final deal:

"After the implementation of the Comprehensive Joint Plan of Action, all of the UN Security Council resolutions will be revoked, and all of the multilateral economic and financial sanctions by the EU and unilateral sanctions by the United States, including financial, banking, insurance, investment, and all related services in various fields including oil, gas, petrochemicals, and automobile manufacturing will immediately be annulled."

The U.S. fact sheet, meanwhile, states that "Iran will engage in limited research and development with its advanced centrifuges."

The word "limited" is notable absent from the paragraph in the Iranian statement that discusses Tehran's research activities.

"Based on the reached solutions, Iran will continue its research and development activities on advanced machines," that statement reads.
Inspections Questions

The Iranian statement says Iran will "voluntarily" implement the Additional Protocol to the Non-Proliferation Treaty, which allows UN inspectors fast and unhindered access to nuclear facilities.

Close observers of the nuclear negotiations attribute the language differences to the need for each side to sell the framework deal as a victory.

"It is natural that Washington and Tehran are emphasizing different elements of the agreement and spinning the parameters to demonstrate a win on their policy objectives," says Kelsey Davenport, director for Nonproliferation Policy at the Arms Control Association.

"Demonstrating the value domestically is vital to keeping hardline critics of the deal at bay in Washington and Tehran while the negotiations are ongoing," Davenport adds. "But nothing that has been said about framework in the United States and Iran is fundamentally contradictory."

While the language of the detailed, four-page fact sheet released by the United States is mostly focused on limits on Iran's nuclear activities, the first paragraphs of the two-page Iranian statement emphasizes the kind of nuclear activities Iran would still be able to conduct if a final deal were reached.

Ali Vaez, a senior Iran analyst at the International Crisis Group (ICG), says the discrepancies stem from the fact that each side is trying to portray the glass as half-full.

"The next three months will be difficult as the parties will have to address some thorny issues," he says. "But even on those issues, more progress has been made than they have divulged publicly."

He suggests that the most painful decisions "have already been made and the most daunting obstacles have been surmounted." Otherwise, he concludes, "announcing the framework agreement would have been political suicide."

U.S. Secretary of Energy Ernest Moniz, who was involved in the nuclear negotiations, acknowledged in comments to reporters at the White House on April 6 that there is a "different narrative" on the Lausanne agreement.

But he added that the narrative is not in conflict with what's written down, "just selective."

Speaking on April 4 on Iranian state television, Iranian Foreign Minister Javad Zarif criticized the United States over the released fact sheet, which he said was prepared before the talks concluded.

"The Americans put what they wanted in the fact sheet," Zarif was quoted as saying by Iranian media.

Hosseini said Iran's top diplomat made the statement in a closed-door meeting with lawmakers during which he briefed them on the framework agreement reached in Lausanne.