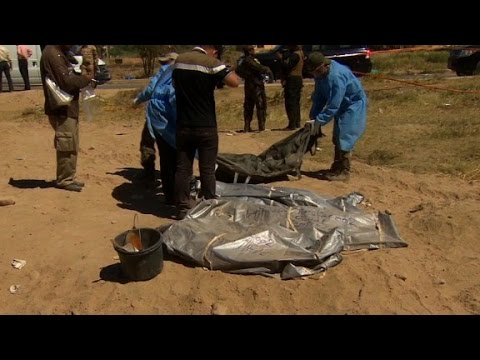 (Mosul) – Despite restrictions of life under extremist rule and an uncertain future, locals in Mosul are still getting married. In fact, rumour has it that even the leader of the Islamic State group recently joined them in matrimonial bliss.

It has been almost ten months to the day since the extremist group known as the Islamic State took control of the northern Iraqi city of Mosul. And although the group has committed crimes against locals and forced the city’s people to adhere to a strict set of rules, it is also true that many in Mosul believe that life must go on.

One of the most obvious signs of this is the fact that people of Mosul are still marrying. It seems strange that young people would want to embark on new partnerships together and contemplate starting a family under the current conditions. But as one local man, Omar Mohammed*, told NIQASH over the phone, they have their reasons.

Over the past fortnight Mohammed said he had attended three weddings and he believes that the friends who got married simply got tired of waiting for an end to the rule of the Islamic State, or IS, group. They know that it’s going to take a while before their city is freed from extremist rule and they’re trying to live normal lives.

In another phone call, NIQASH was able to speak to one of the grooms, Ziad*, who is in his early 20s.

“I actually decided I wanted to get married quite a while ago but I postponed the wedding because of the IS group’s entry into the city,” he explained. “When I realized they were not going to leave very soon I discussed this issue with my parents and we decided we should go ahead.”

Asked whether he was concerned about the city’s uncertain future, Ziad replied, “this isn’t a barrier. There are 1 million people still living in Mosul and most of them are women and children. Eventually we are all going to have to face the same fate”.

Additionally, Mohammed notes that the cost of marriage has gone down. Previously young couples would need to save money in order to get wed – many marriages still have to be approved by parents, in more traditional groups they are still arranged and dowries are still commonly expected. And if the dowry wasn’t a problem, a large wedding party could also cost a family a lot. But since the IS group arrived, wedding ceremonies and celebrations have become a lot more humble. And this is either because people don’t have any money here any more or it may also be because of the IS group’s rules which ban celebrations, music, parties and the sexes mixing socially.

The IS group has also made rules about how marriages are to be registered: Anyone wanting to document their match must do it at the so-called Sharia court that is run by the IS group, based on their own interpretation of Islamic theology. Those who do not register may be punished.

The IS group has also used marriage as a way to recruit new fighters to their cause. The group pays between US$1,000 and US$1,500 to any member who marries and may also buy the new couple some furniture. Often young men from low income families have been tempted by this.

Mohammed thinks that boredom might also have something to do with it. “Families want to keep their teenagers and young people busy – they don’t want them to join the IS group out of boredom, thanks to lack of a job and the fact that schools and universities are all closed,” he explains. “So they encourage them to marry younger instead.”

The people of the city are still doing normal things like going to coffee shops and watching the television news. Many of them were happy to see how pro-Iraqi-government forces were able to liberate the city of Tikrit recently. However they couldn’t publicly express that happiness for fear of punishment – and at the same time, they fear for their own futures when the time comes for those same forces to approach Mosul – especially now the road north is clearer.

On April 1 though, there was another reason for locals to gather together and try to figure out what was going on. The IS group had said that there would be some sort of surprise prepared for the city at the end of March. Some IS members also asked that certain businesses decorate their premises in preparation for the alleged surprise. Rumours spread and there was much speculation. Perhaps the IS group was withdrawing? Or maybe they would grant their detainees an amnesty? Was it all an April Fools’ Day trick?

Nobody knew what was going on. But the strongest rumour was that the leader of the group, Abu Bakr al-Baghdadi, had himself got married. One Arabic language newspaper even published a story about it, saying that the so-called Caliph had wed a German woman who had first joined up with the IS group in Syria. If this was true, locals joked, it meant that the Caliph had joined them; he too had thrown caution to the wind and wed despite an obviously, uncertain future.

*Names have been changed for security reasons.