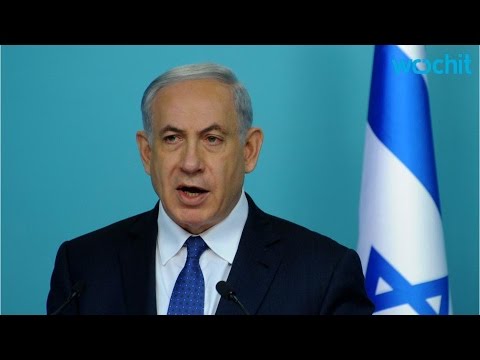 Russian President Vladimir Putin spoke by phone with Israeli Prime Minister Binyamin Netanyahu Tuesday with regard to the Russian Federation’s decision to go ahead with the sale to Iran of S-300 anti-aircraft batteries.

Iran bought the batteries several years ago, but delivery was delayed by Moscow because of US and international pressure. The US has led the imposition of severe economic sanctions on Iran, perhaps the most severe ever applied to any country in modern history, including having Iran kicked off the SWIFT bank exchange.

In deference to US wishes, Russia did not ship the system.

Two things have now changed. First, Russia and the US are not getting along nearly as well in the wake of the Russian annexation (or reclaiming, from Moscow’s point of view) of Crimea from Ukraine and its support for ethnically Russian fighters in Ukraine’s east. In fact, the US has begun imposing sanctions on Russia. In turn, Russia no longer has great regard for US wishes.

Second, the five permanent members of the UN Security Council plus Germany have concluded a framework agreement permitting Iran’s civilian nuclear enrichment program, which is aimed at imposing inspections and equipment restrictions that would make it very difficult if not impossible for Iran to break out and create a nuclear weapon. Russia and China have been the least supportive of severe sanctions on Iran, and Russia appears to have decided that since the negotiations have reached a serious phase, it is time to go ahead with this deal, concluded some time ago.

The announcement alarmed Israeli Prime Minister Binyamin Netanyahu, whose government has often hinted around that it might bomb Iran.

The Putin government issued a communique that “gave a detailed explanation of the logic behind Russia’s decision…emphasizing the fact that the tactical and technical specifications of the S-300 system make it a purely defensive weapon; therefore, it would not pose any threat to the security of Israel or other countries in the Middle East.”

The full implications of the sale are difficult to anticipate because there are several kinds of S-300 systems and we don’t know which exactly is the one that Iran will get.

But it certainly is the case that S-300s are not offensive weapons and they could not be used to launch a war of aggression.

Why, then, would Netanyahu be so upset about the deal going through? Because he wants to keep an Israeli bombing run on the table.

The S-300s would make it much harder for Israel to initiate an attack on Iran’s nuclear facilities. Such an attack on enrichment facilities in Natanz would be horrible in any case, releasing redioactive material into the atmosphere and killing or sickening tens of thousands in Isfahan.

This exchange points to the future and underscores the ways that, once Iran is talking to the West, it becomes difficult for any of the players to simply lash out.