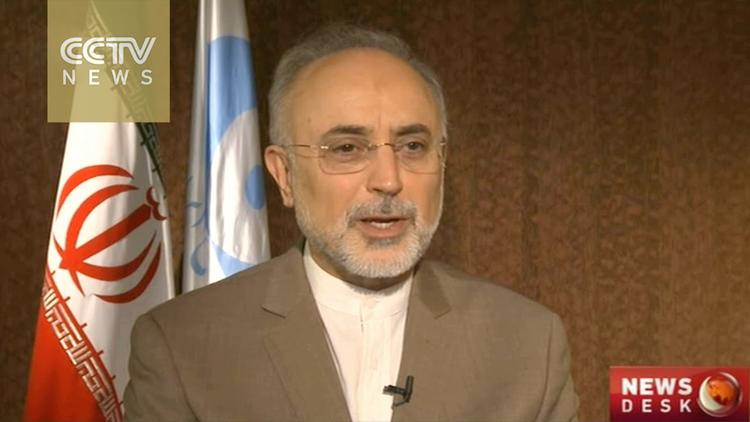 At a summit on Monday, Iranian foreign minister Mohammad Javad Zarif turned the tables on the countries demanding that Iran keep its nuclear program for solely civilian, electricity generation. Zarif called for all countries to give up nuclear weapons, including Israel and the US. Iran does not have a nuclear bomb and gives no signs of trying to develop one.

Zarif spoke on behalf of the Group of the Non-Aligned States Parties to the Treaty on the Non-Proliferation of Nuclear Weapons at the 2015 NPT Review Conference in New York, saying that the NPT is the essential framework for the whole world and that a complete disarmament should be the end game. He said,

Zarif went on to point to the power imbalance between the nuclear states and the non-nuclear states, and the failure of the former to provide credible security guarantees to the latter:

“The non-nuclear-weapons States Parties have not yet received unequivocal and legally binding security assurances. The transfer of nuclear technology continues to face impediments inconsistent with the Treaty, and no progress has been made to achieve universal adherence to the Treaty in the Middle East; to give but a few examples of the lack of implementation of the 1995, 2000 and 2010 agreements.”

Cole: It should be noted that the 2003 US invasion of Iraq was the invasion by a secure, nuclear-armed state of a poor, weak insecure non-nuclear state. What better incentive could there be for poor weak states to try to get a bomb as soon as possible?

Zarif went on to complain about violations of the spirit of the NPT by the nuclear-armed states:

He also complained about nuclear-armed states threatening to use their atomic bombs on others:

As for the peaceful use of nuclear energy, Zarif added:

Zarif conveyed the Non-Aligned Movement’s unease with Israel being the only nuclear-armed country in the Middle East and with continued Western technology transfers to that country’s nuclear weapons programs:

“The Heads of State or Government of the Non-Aligned Movement, in their Tehran Summit Declaration of 2012, reiterated their support for the establishment of a zone free of nuclear weapons and all other weapons of mass destruction in the Middle East and as a priority step to this end, reaffirmed the need for the speedy establishment of a NWFZ in the Middle East. They also called upon all parties concerned to take urgent and practical steps for the establishment of such a zone and, pending its establishment, demanded that Israel, the only one in the region that has neither joined the NPT nor declared its intention to do so, to renounce possession of nuclear weapons, to accede to the NPT without precondition and further delay, to place promptly all its nuclear facilities under IAEA full-scope safeguards and to conduct its nuclear related activities in conformity with the non-proliferation regime. They expressed great concern over the acquisition of nuclear capability by Israel which poses a serious and continuing threat to the security of neighboring and other States, and condemned Israel for continuing to develop and stockpile nuclear arsenals. They also called for the total and complete prohibition of the transfer of all nuclear-related equipment, information, material and facilities, resources or devices and the extension of assistance in the nuclear related scientific or technological fields to Israel.”

The Non-Aligned Movement is right that the Middle East needs to be a nuclear weapons-free zone. It is too unstable a region to stockpile atomic bombs there!