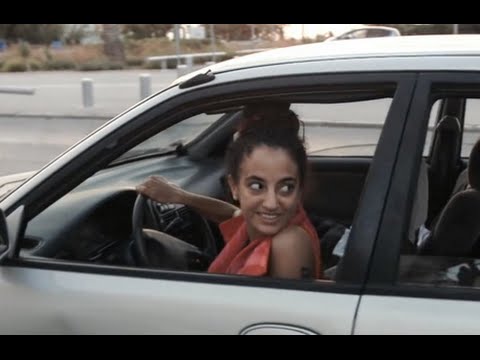 Around this time two years ago, Mona Mahajna, a 30-year-old mother of three, was found shot dead in her apartment in Umm al-Fahm. After her divorce and ensuing separation from her children she took the brave decision to begin a new life. Which sounds admirable but in a patriarchal society where divorced women are often dehumanised and ridiculed, Mona paid the ultimate price for freedom with her life. Mona is not the latest victim of domestic violence in the occupied territories of Palestine but she is unfortunately the only one I’ve heard of through various media outlets. There has no doubt been countless other Monas since then who I have not heard of and whose death has gone largely unnoticed by the world.

Reports and statistics provided by various Palestinian organisations don’t do anything to inspire hope and their findings on violence against women in the occupied territories is alarming. According to the Palestinian women’s group ‘Women against Violence,’ since 1991, 162 Palestinian women have been murdered by a family relative in the Green Line area alone. A study by the Palestinian Central Bureau of Statistics in 2012 highlights that 37 percent of married women in the occupied territories have been subjected to some form of domestic violence by their husbands. And the Middle East focused publication, ‘The Tower’, also notes that ‘honour killings’ doubled in 2013 in the West Bank and Gaza. As things stand today the future looks grim for Palestinian women who find themselves victims of both Zionism and patriarchy.

With regards to Palestinian women there are two prevailing paradigms; the first points the finger at a misogynistic culture and society in which the ‘honour’ of a family is largely judged by the actions of the women in it and the second blames the loss of masculinity among Palestinian men as a result of Zionist colonialism and oppression, arguing that dire economic conditions and years of occupation have resulted in Palestinian men losing their most valued ability in patriarchal culture – the ability to provide and protect. And it is women who become the victims in these crises of loss of masculinity.

This is the very position that the High Commissioner for Human Rights in the U.N. Human Rights Council, Navi Pillay, supports, arguing that “the combination of decades of Israeli occupation” and “the use of force against Palestinians by Israel… expose women to a continuum of violence in all spheres of life.” Implicit in this is the argument that ultimately no one, whether man or woman, can be free under occupation.

Although the most commonly used, both these paradigms are flawed and too simplistic; blaming an entire culture for an act of violence that is also prevalent among societies not belonging to that culture as well as rationalising the incorrect view that the only value of a man is in his ability to provide and thus have his masculinity judged accordingly, is a dangerous view to have. Most importantly, both of these paradigms try to explain gender based violence in terms of violence in general ignoring the fact that in the former women are murdered for simply being women and by people who are intimate or immediate members of their family. Ultimately the root cause of all forms of violence against women is patriarchy and domestic and honour based violence is only one manifestation of this.

THE FAILURE OF ARAB FEMINIST MOVEMENTS AND LEGAL BODIES

Arab feminist movements, both in Palestine and neighbouring countries have subsequently failed in achieving rights for women in Palestine. There are a number of reasons for this, most notably the fact that they didn’t do themselves any favours by allying with autocratic Arab regimes as a way of promoting women’s rights through legislation. In doing so they opted for an elitist and bourgeoisie feminist struggle when in reality the majority of Arab women do not belong to this class and were thus left alienated. In addition to this, real and lasting social change can only be achieved with the presence of political freedom and not by beseeching a dictatorial and capitalist regime.
Don’t miss out on great stories!

Women’s rights are not only about gender equality but also about abolishing the innate hegemonic undercurrents of power and control. The subordination of women is one of these undercurrents and it interconnects and overlaps with political oppression and other forms of exploitation based on religion, social class, race etc. In other words the personal and the political, particularly in the case of Palestine, cannot be seen as separate entities. Zionism and the state of Israel, as well as autocratic and misogynistic regimes in general are active players in the marginalisation and subordination of women and thus collaborating with them is not the solution.

Expecting the police or military to protect women against violence is also somewhat naïve at best and at worst foolish. Both these institutions are inherently patriarchal, militaristic and an active partner of a hegemonic state. It is thus even more ridiculous to expect the Israeli police to provide Palestinian women with protection against violence. Indeed the Israeli police is an active aggressor against Palestinian women not only in denying them political freedom but in denying them the right to essentially exist through the occupation. Israeli police are also known to turn away Palestinian women who are brave enough to report abuse as domestic violence is often seen as something inherent within Arab culture; respect for multiculturalism and ‘private family affairs’ is often cited for not getting involved in such matters.

Not only does this racist presumption help Israel wipe their hands clean from any responsibility to protect women despite declaring to be ‘the only democracy in the Middle East’ but it is the same army that cares so much about multiculturalism and Palestinian ‘family affairs’ that also demolishes homes and displaces families in the West Bank and denies Palestinian history, culture and language.

More alarming than this lack of protection for Palestinian women is the lack of accountability for those who perpetuate violence against them. Most cases of violence against women go unreported due to lack of evidence and more commonly lack of interest. Although, in contrast to many Arab states, Israel does criminalise ‘honour’ killings in its judicial system, the police as previously explained do not exert much effort in investigating cases and holding perpetrators accountable.

First and foremost, until society recognises that women are structurally oppressed rather than conceding gender based violence with violence in general, women will continue to be subjected to violence. It is not enough to passively condemn apparent acts of violence towards women but let the less obvious and perceptible forms of patriarchy go unnoticed. Until the latter is addressed and rectified women will continue to be violated and killed with legal impunity. Most Islamic movements in the Middle East, for example, vocally condemn violence towards women yet at the same time segregate women in public arenas and reject mixed-gender participation in political protest or political sphere in general. They actively encourage the passivity of women in fighting for their own political freedom by denouncing such behaviour as un-Islamic and unbefitting of the Muslim woman despite many of the first Muslim women in early Islamic society being vocal participants in that society. More disturbingly they rationalise and thus justify sexual harassment and other forms of sexual violence by objectifying women and putting the onus of preventing such behaviour on them rather than the perpetrator, most often on her clothing or hijab.

This patriarchal attitude is not unique to the religious or conservative sectors of Middle Eastern society, left wing and so called Marxist politicians and groups also adhere to it by claiming that the priority should be fighting Zionism and its occupation and the fight for women’s rights derails and distracts from this aim. How can Palestinian women and women in general be free when political movements choose to be silent rather than speak out against violence towards them? Indeed the first step towards ending this cycle of violence against women is acknowledging that it is actually there; sweeping the ugly truth under the carpet will not make it disappear.

Secondly, we must eradicate the hegemonic lexis used to describe acts of violence towards women, such as ‘honour’ killings. The use of such words rationalise and legitimise violence against women, in this case giving the false notion that the motive of the crime was ‘honour’ when in reality the motive was to strip women of their autonomy and freedom of choice.

And finally the most important step, is for women to organise. Whether it is to take up arms in times of war and conflict or organising street policing to combat sexual harassment and violence. It’s only when women aspire to be free and be actively involved in the achievement of this freedom that they will truly be emancipated.

Ebru Buyukgul works for the International Institute for Environment and Development and is currently based in London. She is also a freelance writer and blogger focusing on issues relating to gender and politics in the Middle East. Follow her work on her blog.