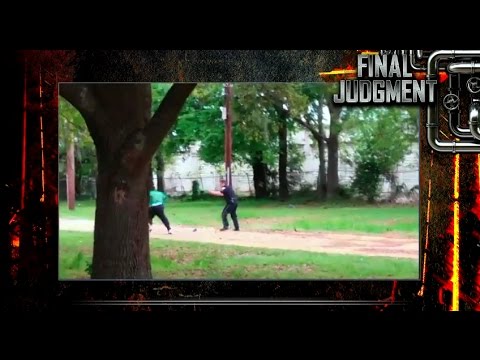 The murder charge against Michael Slager, the South Carolina police officer who fatally shot 50-year-old Walter Scott in the back on April 4, is unusual. Between 2005 and 2011 murder or manslaughter charges were brought against just 41 officers in the United States. FBI figures, which notoriously undercount police-involved deaths, reflect 2,718 “justifiable” homicides by police during that time period.

The charges came only after a bystander released graphic cell phone video showing Slager firing eight shots as Scott fled. Slager had stopped Scott for a broken brake light on his Mercedes.

Before the release of the video, Slager had contended that Scott fought with him for control of his Taser and Slager “felt threatened.” Similar statements followed the deaths by police of Eric Garner last July, Michael Brown last August, and Tamir Rice in November.

According to the United Nations Basic Principles on the Use of Force and Firearms by Law Enforcement Officials, “intentional lethal use of firearms may only be made when strictly unavoidable in order to protect life.” In the US, police use of force cases are governed by the Supreme Court case Tennessee v. Garner and its progeny, which allow police to use deadly force when there is “probable cause to believe the suspect poses a significant threat of death or serious physical injury to the officer or others” from the perspective of a “reasonable officer.”

The bottom line, however, is that many in the US, particularly African Americans, perceive a systemic lack of accountability for police who kill minorities. A recent Gallup poll showed that blacks have much less confidence in police than whites.

The problem is complex, with 18,000 law enforcement agencies in the US, each with its own procedures for handling allegations of police misconduct. Nationally, the US is still not accurately tracking the number of people killed by police. So far this year, there have been two Department of Justice reports related to Ferguson, one Bureau of Justice Statistics report on why accurate data is so hard to get, and one preliminary report from the President’s Task Force on 21st Century Policing with 62 recommendations for  improving policing.

As for Walter Scott’s death, there is some hope in the prospect of a full trial on the facts. But the question remains—where would we be if it weren’t for that bystander and his or her cell phone camera?

The Young Turks: “Another Police Shooting Of An Unarmed Black Man”