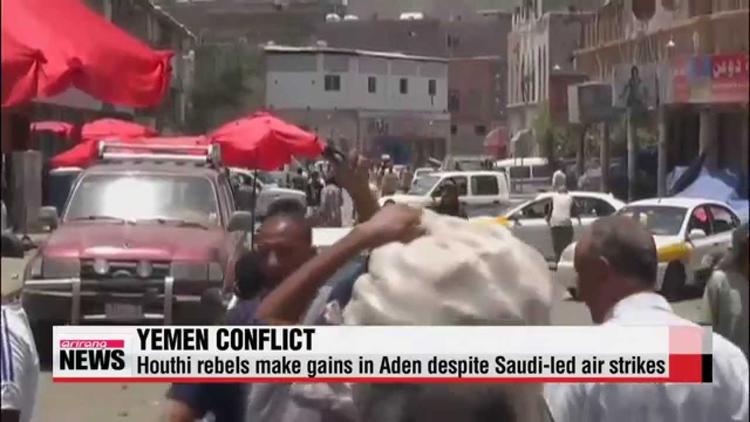 As the Saudi led coalition closes its second week of bombardment in Yemen, the dominant narrative in the mainstream media depicts this conflict as another episode of the Shi’a-Sunni sectarianism that has now spread into the southwestern region of the Arabian Peninsula.

Representing the warfare in terms of sectarianism is inadequate with unforeseen implications. It fails to address the political and ecological realities of this impoverished state, which is now compounded with the arrival of more transnational jihadists, declining oil revenues and a steep population growth.

The underrepresentation of the Shi’a population in the modern State of Yemen since the collapse of the Ottoman Empire is an overlooked dimension of the current crisis in Yemen. Over the years, the Shi’as (nearly 35% of the 26 million people) had to conceal their religious identity and redefine their individual ties with the Sunni dominated state institutions.

Overall, Yemen suffers from a 33% unemployment rate, but this number is believed to be higher in the Shi’a regions. Political elites of the yesteryears were unwilling to accommodate the Shi’as within the confines of the modern state.

Bombardment or institutional marginalization of the Shi’a population is not a lasting policy. Labeling them as Iran’s “fifth-column” is problematic. It undermines the aspiration of those Yemeni citizens striving for political power. Today, Shi’as are demanding equal representation in the state institutions that impacts their daily lives.

This predicament raises the question of whether a broad-based state model, which could guarantee the individual freedoms of all the Yemenis within the universal Human Rights framework could be quickly implemented.

Apart from the domestic security needs, implementing a political solution through the diplomatic channel is also essential for global maritime trade. Port of Aden is at a strategic location that could interrupt the flow of oil tankers and other commodities that routinely pass through the narrow Red Sea inlet.

Yemen is has one of the world’s top population growth rates (2.72-), yet practices agriculture in the arid and semi-arid climates. Yemen is now facing one of the world’s most severe water crises, which poses threats to its economic foundation and social fabric. The shortage of surface water is compounded by low levels of ground water (40 meters below normal). To meet the demands of the population, deeper water wells had to be drilled in order to access the falling water tables. Intensive drilling has produced infiltration of polluted water and salinization of the agricultural soil.

This dependency on groundwater has produced the possibility that large portion of Yemen could run out of fresh water in the near future and become the first “ecologically failed state.” Sana’a and the fertile agriculture regions of the north also face serious water challenges. Yemen has not met the per-capita World Bank standard for water security since mid-20th century. Desalinization of seawater is too costly and technologically out of reach for Yemen’s overly dependent economy. The ongoing war has now interrupted the U.N. Development Program, which aimed to address the groundwater depletion problem by returning to a more traditional method of irrigation by relying on the existing community level abilities.

If Yemen is to achieve water and political security, the country has to overcome the deep historical grievances and implement a viable power sharing model. Otherwise collapse of the state institutions will only invite more global jihadist into the country. And as witnessed in Syria and Iraq, the goal of the jihadists is to bring down the international state-system order in the Fertile Crescent and in the Arabian Peninsula.

Solaiman M. Fazel holds a MA in History, and is a PhD Candidate in Department of Anthropology at Indiana University.