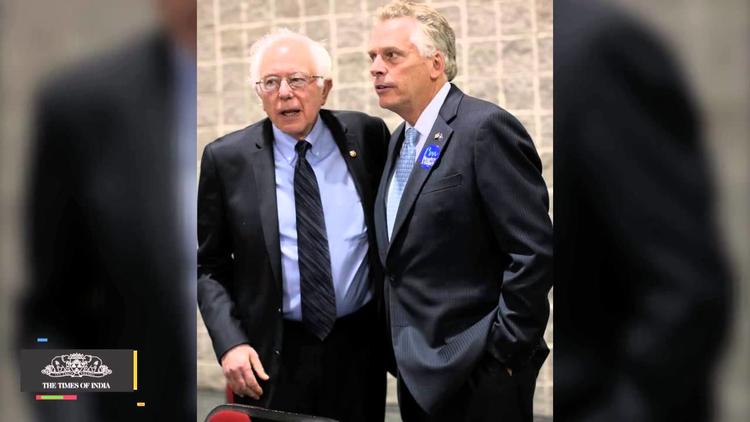 Bernie Sanders opposed the 2003 invasion of Iraq and subsequent occupation of that country.

Sanders wanted to get out of Afghanistan from 2011 much faster than the timetable announced by President Obama. Obama has now more or less extended a US military presence in Afghanistan, advertised as a training mission, indefinitely. My reading of Sanders is that he would get out of that country entirely.

A President Bernie Sanders would endorse the Iran negotiations of the Obama administration. He said of the talks,

“While much more work remains to be done this framework is an important step forward. It is imperative that Iran not get a nuclear weapon. It also is imperative that we do everything we can to reach a diplomatic solution and avoid never-ending war in the Middle East. I look forward to examining the details of this agreement and making sure that it is effective ‎and strong.”

Note that Sanders accepts the Washington consensus that Iran is trying to get a nuclear weapon, which Iran denies. Sanders has slammed the GOP obstructionists of the talks for “itching” for a war with Iran. He himself says that a war with Iran should be avoided ‘at all costs.’ However, it is not clear what he would do if the current talks broke down and he became convinced as president that the Iranians had developed a nuclear weapons program.

Sanders opposed the US taking the lead in the aerial campaign against Daesh (ISIS or ISIL) in Iraq and Syria, asking where the Arabs were and saying that American kids shouldn’t be dying to protect Saudi Arabia. The money spent on that bombing, he said, should have gone to help the US middle classes.

But Sanders also did say that the US should be “supportive” of the Gulf Cooperation Council and Jordan and Iraq in their campaigns against Daesh. It is not clear to me what this stance implies. Should the US do less bombing and insist the GCC do more? But that there should be some US bombing is not in question?

Sanders opposes the Obama plan to train 5,000 “moderate” Syrian fighters to take on both Daesh and the Syrian government. So, limited bombing in support of the anti-Daesh coalition but nothing more.

Sanders supported the Israeli attack on Gaza last summer but thought the Israeli army was a little heavy-handed and ‘over-reacted’ with some of its actions like bombing schools being used as civilian shelters. (There were no weapons at these schools). Sanders excused Israeli actions against Gaza civilian populations on the grounds that missiles were being fired from Gaza into Israel from populated centers. The Israeli campaign killed around 2000 Palestinians, most of them non-combatants. Another 1400 or so were killed in 2008-2009, and there have been many other Israeli bombings and other military actions against Palestinians in Gaza. Gaza rockets, most of them tiny high school science projects, mostly land uselessly in the desert, so that totaling them up into the thousands is a mere propaganda point. Over the past decade, they have killed 44 Israelis. The launching of the rockets by Hamas is a war crime, and the majority of those killed have been innocent non-combatants. But the disproportionate use of force is also a violation of international law, and a thousand to one kill ratio suggests disproportion. Sanders’ Israel policy seems likely to tilt more toward Tel Aviv than that of Obama, though Sanders did boycott the address of PM Binyamin Netanyahu to Congress in March.

Sanders The Times of India: ” A ‘democratic Socialist’ in the 2016 Race: Vermont Sen. Bernie Sanders is Running”