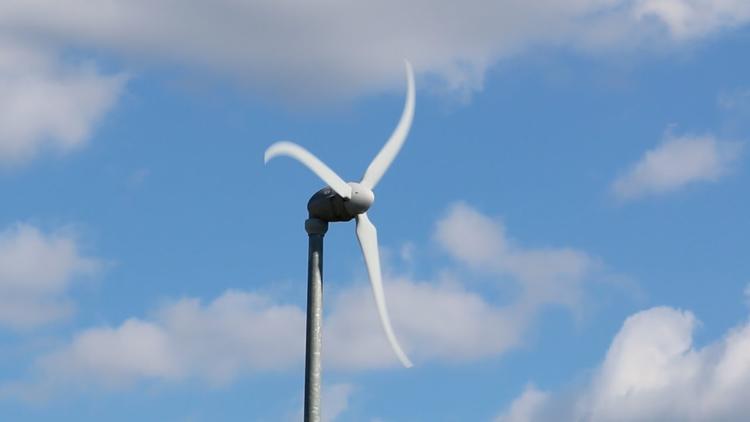 CleanTechnica reports that Spain got nearly 70% of its electricity from plants that did not generate carbon dioxide in March. The two biggest non-carbon energy sources were nuclear and wind.

In recent years, the conservative government of Mariano Rajoy cut some government subsidies and other help to the solar energy industry. But given the fall in price of wind and solar energy, the government is now rethinking this policy and has plans for a big expansion of both over the next few years.

If Spain doubles its wind generation from 22% of its energy mix to 40% in the next five years, as it plans, then that would take it to 87% of its electricity from renewables and nuclear. The other 13% may well be supplied by solar, allowing the decommissioning of the coal plants, assuming the government reverses its decision to remove solar subsidies, which has hurt investors in that sector. Note that fossil fuel industries typically get government subsidies, which the MSM doesn’t usually talk about, and that Spain is especially at risk from climate change effects such as desertification and sea level rise, so “subsidies” for clean energy would save the country trillions of dollars over time.

Spain, a country of 47 million people, has a gross domestic product of $1.4 trillion, making it the world’s 14th largest economy and ranging it with Australia and South Korea in that regard. If it can go completely to renewables and nuclear with regard to electricity generation, then it may well be the first large, economically consequential country to go entirely green.

In contrast, Australia gets 92% of its electricity from burning coal, petroleum and natural gas, even though the continent has abundant solar and wind. Its current prime minister, Tony Abbott, is closely tied to Big Oil and is a climate change denialist. Mexico, another country with a GDP similar to that of Spain, also is a major carbon polluter. Canada’s GDP is a bit larger than Spain’s but it is also a major dirty energy polluter, endangering the earth with its irresponsible dumping of C02, a dangerous and powerful greenhouse gas, into the atmosphere.

This non-carbon energy is something that Spain could have within 5 years through expansion of wind and solar. Indeed, not all of the renewable energy even need come from Spain itself. Morocco is connected to the southern Spanish electricity grid, and could export its own ample wind and solar energy. Morocco is in the midst of a green energy revolution.

Other green energy experiments are being conducted, in Denmark, Portugal and Scotland, but these states have relatively small populations, ranging from 4 to 10.5 million, and they have a fraction of Spain’s gross domestic product. Germany is also adopting green energy on a very large scale, but as the world’s fourth largest economy with a population nearly twice that of Spain, it will take longer to get to net carbon zero. France actually gets more of its electricity from non-carbon sources than Spain, since it relies heavily on nuclear (70% of electricity generation). It could also theoretically get to net carbon zero soon, but questions are raised by its decision to reduce the share of nuclear to 50%. In contrast, Spain is already nearly 50% renewables in electricity generation. If Spain goes net carbon zero in electricity during the next decade, effecting that change mainly by an increase in wind and solar, that is huge.

Of course, truly to get to net carbon zero, Spain would have to redo its transportation system to run on electricity generated by renewables, as well. But once the electrical grid is non-carbon, having it power trains and subways would not be so difficult. Mass adoption of electric cars is around the corner. It would also have to move to non-cement building materials and sustainable agriculture, including moving away from cattle raising (the country has 6 mn. head of cattle, a major drain on water and agricultural resources; beef is the most carbon-intensive foodstuff).

Spain, having few hydrocarbons of its own, will save a great deal of money on imports of natural gas and petroleum by going toward free fuel, which will help its economy. It will benefit from being a renewables leader in the European Union, where Brussels will increasingly punish high carbon polluting states. And it will avoid the lawsuits that will increasingly bedevil knowing carbon polluters.

Above all, Spain demonstrates that even in a country where the conservative government has not been supportive of renewables, non-carbon energy can make substantial strides and even completely replace fossil fuels in a major industrialized economy. In short, if Spain can do it, anyone can.