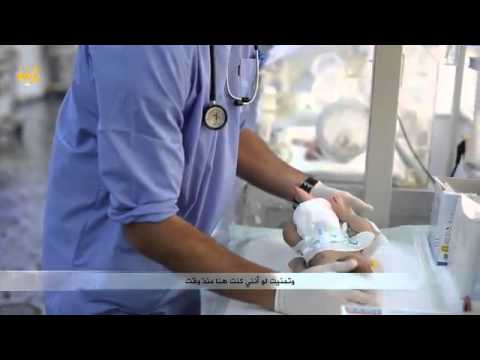 By Richard Rousseau | (The Conversation)

What is Islamic State’s political program? What is its ideology? Who are its theoreticians? The answers to these questions can be found in its propaganda.

Islamic State has transformed from an ultra-minority party into one of the major political actors in the Middle East within a few months. It is tempting to explain this rapid evolution by the existence of a combination of favourable circumstances. Chief among these is the prolonged weakness of the Syrian and Iraqi governments, an obvious enabling factor for Islamic State.

However, another major cause is less well known but equally decisive: the internal development of the organisation, which has been able to learn from the past failures of other jihadist movements and refine and sharpen its strategy.

Learning from many years of jihadist setbacks

The jihadists of IS are no small players. They follow a battle plan developed over many years by seasoned and experienced theoreticians. The British-American journalist Peter Bergen, who met the most famous of these, the Syrian Abu Musab al-Suri, in the 1990s, was highly impressed by him.

“He was tough and very smart,” the reporter recalls in an article published in the French daily Le Monde in April 2013. Bergen saw in al-Suri a real intellectual, well versed in history, who was very serious about his objectives. He was even more impressed by him than by Osama bin Laden.

Abu Musab al-Suri knows what he is talking about when it comes to armed struggle. His experience dates back to the Muslim Brotherhood uprising in Hama, Syria, and its bloody suppression in February 1982 by the troops of Hafez al-Assad, the father of President Bashar al-Assad.

Musab al-Suri, who was among these rebels, has spent the ensuing years writing a series of articles on the uprising’s strategic aspects. These articles focus on the major errors committed by the insurgents. These include a list of 17 “bitter lessons” for future jihadists.

Mistake number four was to place too heavy a reliance on mass recruitment instead of identifying and winning over elite fighters. Mistake number five was to have launched a war of attrition against the Syrian regime rather than a combination of terrorist acts and guerrilla warfare.

IS project has solid foundations

The lessons drawn by Musab al-Suri have provided the basis for creating a politico-military project as solid as it is comprehensive. Today, IS follows many of al-Suri’s advices. It has refrained from depending on foreign aid and has developed its own financial resources through kidnapping and the sale of crude oil.

Its doctrine and objectives are also clearly explained to its fighters. Its leader, Abu Bakr al-Baghdadi, momentarily came out of hiding on July 4 2014 to present his views at the Great Mosque of al-Nuri in Mosul. His propaganda agencies broadcast news flashes on the internet.

After publishing several issues of IS Report, a periodical of only a few pages, IS began issuing in July of last year the online magazine Dabiq. This is a substantially more ambitious publication named after a small town in northern Syria where, according to Muslim tradition, a major battle will take place before the end of time. The IS also uses social networks intensively.

IS propaganda stresses the “oppression” and “humiliation” of which Muslims are victim throughout the world, but particularly in Western countries. It promises a final and liberating revenge for these humiliations. The first issue of Dabiq declared:

“Soon, by Allah’s permission, a day will come when the Muslim will walk everywhere as a master, having honour, being revered, with his head raised high and his dignity preserved … Whoever was heedless must now be alert. Whoever was sleeping must now awaken. Whoever was shocked and amazed must comprehend. The Muslims today have a loud, thundering statement, and possess heavy boots.”

The ongoing war in Syria and Iraq is especially meaningful, as it is described as a throwback to heroic periods in the history of Islam. The setbacks suffered by Abu Bakr al-Baghdadi are deemed to remind Muslims of those of the Prophet Muhammad, who was forced to leave Mecca and then defeated at the Battle of Uhud. The violence perpetrated by the IS jihadists is considered legitimate and is supposed to correspond with that of Abu Bakr, the successor of the Prophet and the first Caliph.

In addition to the “bitter lessons” learnt during the uprising at Hama, the jihadist theoreticians have another major source of inspiration, according to Michael W.S. Ryan of the Middle East Institute in Washington and one of the best experts on jihadist movements. They are well read in the history of modern Far Eastern and Western insurgency strategists, from Mao Zedong, Che Guevara and Vladimir Ilyich Lenin to Vo Nguyen Giap, Emiliano Zapata and Ho Chi Minh. In his seminal work The Call to Global Islamic Resistance, Abu Musab al-Suri writes that he has carefully read American journalist Robert Taber’s book on Fidel Castro’s guerrilla warfare strategy during the Cuban Revolution.

Dabiq magazine reflects these influences. Its first issue outlines a strategy to seize power through three steps reminiscent of the methods used by Maoist China. This strategy is also echoed by another influential jihadist theoretician, Abu Bakr Naji, who has presented his views in his book The Management of Savagery.

He argues that “Allah’s fighters” must continually attack the vital economic sectors of some key political regimes to incite these to concentrate all their forces in these areas. It will be then possible for the fighters to increase their presence in the periphery of these countries, forcing the enemy to multiply law enforcement actions to regain control of the lost ground.

‘Savagery’ has a particular purpose

This is when the second stage should begin, that of “savagery”, in which the violence will reach such a level that people will turn away from the government and be ready to join any force capable of restoring peace. Large parts of Iraq and Syria are now enduring this second stage, according to these theoreticians.

The third and last stage is the restoration of law (Sharia) and order through the establishment of a caliphate. Afghanistan is supposedly an example of a place where this final stage had taken place, with the coming to power of the Taliban after a long and bloody reign of local warlords.

This strategy, which is not unique to jihadism, implies that an explosion of violence will happen during the second phase of the insurgency. Jihadist theoreticians do not consider this bloodshed an act of wanton cruelty but a necessary means to achieve victory. Abu Bakr Naji chillingly writes in The Management of Savagery that jihadist fighters should “drag the masses into the battle”, which means that they must:

“make [that] battle very violent, such that death is a heartbeat away, so that the two groups will realise that entering this battle will frequently lead to death. That will be a powerful motive for the individual to choose to fight in the ranks of the people of truth in order to die well, which is better than dying for falsehood and losing both this world and the next.”

Focus is now on rebuilding lost base as caliphate

Jihadist movements share many common ideas, such as the rejection of democracy, nationalism and Western culture, but they are at loggerheads on strategy. Abu Musab al-Suri had some harsh words to say about Osama bin Laden and his taste for high-profile attacks on government institutions, security forces and symbolic buildings. He severely criticised the September 11 attacks, which, he believes, incurred the wrath of the United States against the Taliban in Afghanistan. This consequently denied the “holy war” its most precious territory and wasted the time of the jihadist movement.

Fourteen years on, IS’s ambition is to rebuild this territory – though now in Syria and Iraq – in the shortest possible period by establishing a “caliphate”. This will become the central base for the spread of the international jihad.

In this perspective, the putative caliph Abu Bakr al-Baghdadi has recently changed the IS’s focus from “savagery” to the onset of a new order. One of his current priorities is to establish, in places where the military situation is sufficiently stabilised, a number of public services: law and order, of course, but also trade networks, food supplies, education and health care.

This was the background to his July 2014 speech, which he sought to spread far and wide:

“Oh Muslims, hasten to your new state. We make a special call to the scholars and callers, especially the judges, as well as people with military, administrative and service expertise, and medical doctors and engineers of all different specialisations and fields.”

The Islamic State knows what it wants, and it is striving to put the new “caliphate” on a permanent footing.