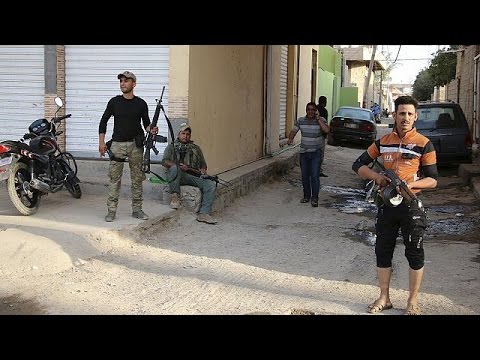 Ramadi, the capital of Anbar province, has fallen to forces of the Islamic State of Iraq and the Levant. ISIL has now reversed a string of defeats since it swept into northern and central Iraq last summer. This will improve the movement’s recruitment and reaffirm its troops’ belief that they are the favored ones and that final victory will inevitably come.

The defeat also returns the future of Sunni Iraq to prominence. The Sunnis hold the key to defeating ISIL in Iraq, but the consequences are sobering.

ISIL took Ramadi by using shock tactics, large car and truck bombs, to overwhelm the Iraqi army troops, who then fled. The Iraqi army has been able to act in a disciplined, effective manner elsewhere, but the number of such troops is limited, probably greatly so. Other Iraqi units remain plagued by unprofessional officers and regional factions in the rank and file.

Ramadi is overwhelmingly Sunni and like Mosul last summer, locals may have been openly hostile to Baghdad’s presence, which they see as a Shia imposition backed by “Persia.” The same may be true of Sunni army officers who felt no duty to stand their ground for venerable foes to the east. Sunni hostility has been heightened in recent months by accounts of Kurdish and Iraqi mistreatment of Sunnis in areas retaken from ISIL. The accounts are likely magnified by sectarian sensitivities, but they will nonetheless make Shia and Kurdish operations in Sunni Anbar extremely difficult.

The tribes of Anbar will be critical in the war for western Iraq. They have a martial heritage which includes overrepresentation in Saddam’s army and security forces, the basis of the anti-US insurgency, and keys to the Anbar Awakening which drove al Qaeda out of most of Iraq, at least temporarily.

Presently, some Sunnis serve alongside ISIL, others battle them. Most, however, are not engaged and are probably awaiting the proper inducement to fight ISIL. Sunnis look about the region and see states breaking apart, from Libya to Yeman. Just to their north, the Kurds have established autonomy and may be on the verge of independence.

The Sunnis have repeatedly asked to be armed directly by the US, but thus far Washington has deferred to Baghdad’s objections. The Shia government fears that if the Sunni tribes are armed by the US (or, say, Saudi Arabia), they will fight ISIL then turn against Baghdad and create a Sunni autonomous region, if not a breakaway state.

Iran strongly opposes arming the Sunnis as it will lead inevitably to a powerful buffer between the Shias of Iran and Iraq and their brethren in Syria and Lebanon. This will leave the two regions effectively isolated and vulnerable to sectarian attacks. In the case of Lebanon and Syria, they will be vulnerable to subjugation or even destruction.

Needless to say, any such Sunni region might well suit Riyadh, where sectarian passions are high. Indeed, Sunni separation from Baghdad would be a tremendous diplomatic achievement for the new head of the House of Saud, and the new region would enjoy substantial aid.

In recent years, Israel has aligned with Sunni monarchies in opposing Iran and its allies in Syria and Lebanon. The enmity with Iran is so profound, and blinding, that Israel is reportedly aiding the al Nusrah Front, an al Qaeda affiliate, in battles against Syrian and Hisbollah troops.

In recent weeks, the US senate has called for the arming of the Sunnis. Motivations in the rancorous body, as one might readily expect, are based far less on astute geopolitical considerations than on the urge to undermine the White House and heed allies who oppose Iran.

In so doing, the US may nonetheless be stumbling upon the optimal way to defeat ISIL in Iraq. However, it will further embed the US into sectarian rivalries that may handcuff the US in other diplomatic efforts and align it with another landlocked region engaged in an enduring conflict of limited importance to US security.