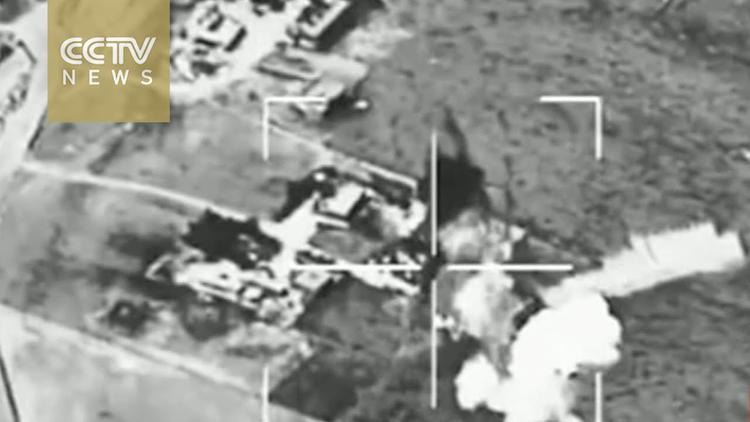 As Mariam Karouny reports for Reuters, the US air strike on Friday that inadvertently hit a village of non-combatants, killing members of six families, raises new questions about the Obama administration’s approach to fighting Daesh (ISIS or ISIL) in Syria. Despite months of bombing raids, Daesh has lost no territory in Syria.

The strike, according to the Syria Observatory, landed on a village on the east bank of the Euphrates River rather hitting its fundamentalist target.

US air strikes in Syria are estimated to have killed 2000 Daesh fighters, out of an estimated 25,000 in Syria and Iraq. However, thousands more volunteers are said to have gone to join up once they hear that the US was targeting Daesh. Some of “radicalism” in the Middle East is just anti-imperialism, something that Washington interventionists are congenitally unable to understand.

The major accomplishment of the bombing that began last September was to keep Daesh from taking the Kurdish enclave of Kobane in the north of Raqqa Province. But the Kobane area, which had some 300,000 Kurds, is still a ghost town.

In contrast, in Iraq the bombing has been done as close air support for Kurdish Peshmerga fighters or for Iraqi and Iran-backed forces. With those fighters on the ground the US helped allies take Mt. Sinjar and Tikrit from Daesh, reducing the territory it holds in Iraq by 25% compared to last summer.

But in Syria, the US has no moderate fighters to support, since almost all rebels have joined Daesh, al-Qaeda (Jabhat al-Nusra or the Support Front), or other Salafi Jihadi groups that reject democracy and want to reduce religious minorities like Christians to barely tolerated non-citizens who have to pay a poll tax to avoid being attacked.

In Syria, moreover, there is a danger that if Daesh were weakened, the Syrian Arab Army of Bashar al-Assad would be able to take advantage of that development. The US wants to see Bashar, by now a notorious war criminal, overthrown.

What comes along with not having a ground force to support is lack of good intelligence on the ground in Syria. Hence the bombing of innocent non-combatants, including children.

The US says it wants to train 15,000 moderate fighters in conjunction with Turkey. But it would take years for such a force to be deployed and become effective. Moreover, there were more than that number of moderate fighters two and a half years ago, and they’ve all by now scattered or joined al-Qaeda affiliates. What is to stop the same thing from happening to the new crew? And wouldn’t they deliver their training and weaponry to Daesh (as already has often happened)?

This revolving door of US-trained fighters has been a key problem in Afghanistan, but no one ever brings it up.

The bombing of the civilians actually helps Daesh propaganda enormously. This policy in Syria needs reconsideration.