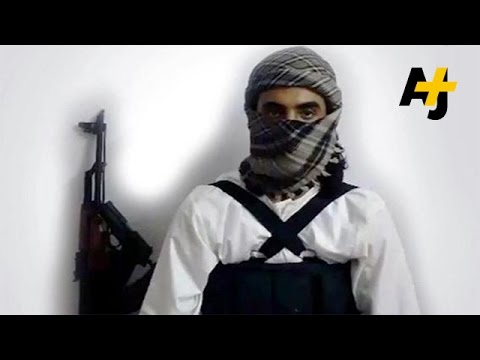 A suicide bomber with a concealed weapon detonated his payload during Friday prayers at the Ali b. Abi Talib Mosque in Qadif, a suburb of the major Shiite city of Qatif in the Eastern Province of Saudi Arabia. It killed 21 and wounded 102, according to the Eastern Province ministry of health.

Daesh (ISIL, ISIS) announced that the operation was its.

Daesh’s policy, like al-Qaeda from which it branched off, is to “sharpen the contradictions,” provoking sectarian civil war so as to be able to take advantage of it. Among the Shiites of Saudi Arabia’s Eastern Province, it is fishing in troubled waters.

Saudi’s Council of Leading Clerics roundly condemned the bombing and counted it a hideous crime that aimed to strike a blow against the unity of the Saudi people and to shake the country’s stability, saying “Behind it stand criminal terrorists with foreign fighters.” It added, “They were driven mad with rage when the Kingdom fulfilled its religious and Arab and Islamic duty.”

This is murky, but I suppose they are referring to the fact that Saudi Arabia is one of the coalition allies of the US that have conducted airstrikes against Daesh in Syria. Now Daesh has taken a clever sort of revenge, not just hitting back at the capital, Riyadh, or at the Saudi royal family, but rather hitting Saudi Shiites in hopes of stirring them up against the monarchy. The idea is that the Shiites will either think that King Salman should have protected their mosque from being blown up or they will think that the bombing was a false flag operation actually carried out by the Saudi secret police against them. Either way, Daesh has succeeded in making trouble for Riyadh.

In late April, Saudi Arabia arrested 93 persons allegedly belonging to Daesh, who were charged with a plot to blow up the US embassy in Riyadh. Such a bombing could have hurt US-Saudi relations.

The kingdom’s relationship with its Shiite citizens in the Eastern Province has long been difficult. They improved a bit in 2005 when the first municipal elections were held in Saudi Arabia, and the major Shiite city of Qatif put Shiites in charge for the first time. Although Wahhabis abhor Shiite rituals and had driven them underground, the elected city council permitted mourning rituals for Imam Husayn, the martyred grandson of the Prophet Muhammad, inside Qatif city limits (so as to avoid offending Wahhabis in the rest of the Eastern Province).

But relations with the central state took a downward turn with the youth protests of 2011, which were disproportionately staged in the majority Shiite Eastern Province. The Wahhabi government cracked down hard and is said to have arrested 500 people. One of them, the prominent cleric Nimr al-Nimr, has been sentenced to death, provoking further protests in the Eastern Province.

Saudi Arabia is a country of about 20 million citizens, with roughly 8 million foreign guest workers. About 12% of its citizens, i.e. 2.4 million, adhere to the Shiite branch of Islam. Most of them live in the Eastern Province (al-Hasa), though there are also communities in Medina in the Hejaz and in Najran (the latter being Ismaili rather than, as with the others, Twelvers, who believe in 12 Imams or vicars of the Prophet Muhammad. Twelvers predominate in Iraq and Iran).

The state religion and the majority religion in Saudi Arabia is the Wahhabi (“Unitarian”) branch of Islam founded by Muhammad ibn Abd al-Wahhab in the 18th century. It was originally not part of Sunni Islam and considered Sunnis lax apostates and infidels, but over time it has been accepted as a form of Sunnism among some. (When I’m in the Gulf, I hear people talking about “Sunnis and Wahhabis,” so regionally they are still not considered the same thing). Wahhabis have distinctive beliefs and practices, being more suspicious of technology, more willing to excommunicate people from Islam, and more insistent on the public practice of a rigid form of the religion, in the service of which it provides religious police to whip people into praying at mosque (this is not done in Sunni countries). There are still substantial numbers of Sunnis in the western Hejaz province, where 35% or 7 million of Saudi’s citizens dwell. There has even be a revival of Sufi mysticism in the Hejaz, despite the hatred for that broadminded form of Islam among the Wahhabi clergy. Saudi Arabia is thus more religiously diverse than usually realized, and it is also therefore vulnerable to sectarian fracturing.

In the 18th and 19th centuries, the Wahhabis viewed Shiite Muslims as idolaters, and in 1803 Wahhabi tribes raided up into Iraq to loot the shrine of Imam Husayn, the martyred grandson of the Prophet Muhammad. Wahhabis are like iconoclastic Protestants, objecting to saints, shrines, and visual icons. Theirs is an austere religion wherein there can be no intercession, no intermediary between God and human beings. The Saudis conquered the Eastern Province in 1913 and for decades imposed severe restrictions on the Shiites there, who were persecuted.

The late King Abdallah appears to have tried to reach out to the Shiites. He appointed two to his Shura Council, the embryonic Saudi parliament. And he let some Shiite areas have un-gerrrymandered municipal elections. Since 2011 there has been a distinct downturn in Shiite relations with the Saudi monarchy, of which Daesh is now trying to take advantage.

One thing King Salman should do right now is pardon Nimr al-Nimr.