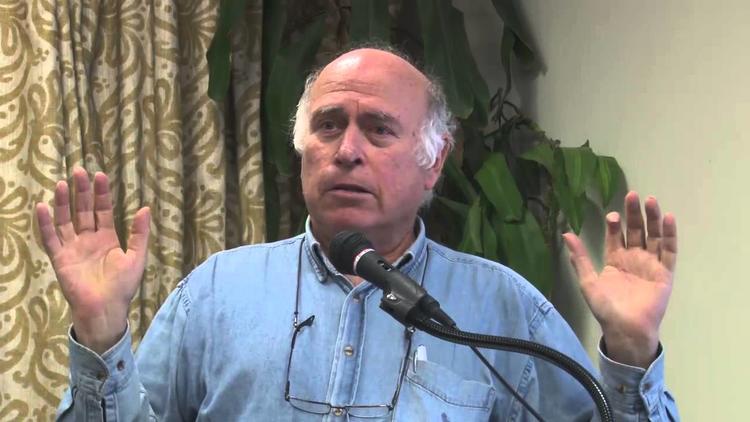 Israel’s latest move to demolish a Bedouin village and replace it with homes for Jewish citizens is no surprise to anyone familiar with the state’s policies in the Negev. Beginning in the 1970s, the State of Israel launched a campaign to push the Negev Bedouin from their unrecognized encampments into government townships.  The state promised them a parcel of land and government services in exchange for renouncing all other land claims.  In addition to incentives, the government also uses threats—it employs a policy of home demolition and the denial of basic services for those Bedouin resisting the move into government townships. Thus far, over 80,000 Bedouin have chosen to move into the townships while about the same number have chosen to risk government harassment and home demolition to remain in the unrecognized villages.

Signs of the townships’ failure include dismal graduation rates, high crimes rates, high levels of hard drug use, and the distinction of being among the poorest cities in Israel year after year.  Indeed, things have become so bad that the Negev Bedouin have actually started to trickle from the government townships back into the ramshackle shantytowns known as unrecognized villages.

The government’s policies towards the Bedouin, which have ranged from neglect to outright hostility, have many worried about the potential backlash of creating parallel societies rather than one integrated society. News sources, including Israel’s Haaretz, have been predicting a Bedouin intifada for over a decade due to the Negev dwellers’ marginalization.

As in many countries throughout the Middle East, the government’s neglect has created an environment conducive to the growth of Islamic alternatives to the state. The Islamic Movement (an offshoot of the Muslim Brotherhood) provides numerous services and scholarships to Bedouin families and has stepped in to fill a void left by Israel. While one would imagine that the Islamic Movement’s provision of services defuses tension or resentment between the state and the citizens it neglects, it is impossible to ignore the fact that the Movement spreads an anti-Israel/anti-Zionist message and that its growing influence will undoubtedly lead to more hostile attitudes towards the state.  A 2011 article in Ynet noted that the Islamic Movement’s  increased presence in the Negev is one of the primary drivers behind increased pressure in the Bedouin society not to enlist in the Israeli military (at the present time, less than 1 percent of the population serves in the IDF).

Yet even those that do serve in the military have not been allowed to fully integrate. According to the IDF website, many of the Bedouin volunteers are placed in separate units:

Both the tracker and reconnaissance battalions are composed solely of Bedouin volunteering to serve in the IDF from both northern and southern Israel. A tracker’s job is to obstruct illegal breaches into Israeli territory including that of terrorists, illegal immigrants and smugglers. The skills required for tracking have been passed down generations of Bedouins, as they are essential for their everyday lives. Leading semi-nomadic, Muslim lifestyles, the values of peace of mind, enhanced senses, and an unparalleled familiarity with the land are entrenched in their culture.

The military’s statement is puzzling on a number of levels. First, while the official IDF position is that military service promotes Bedouin integration, the military generally puts Bedouin in separate units. Second, there seems to be a conflict within the Israeli government: on the one hand there is a romanticism of traditional Bedouin life on the IDF website, and, on the other, there is a concerted government effort to eradicate that lifestyle through forced urbanization.  Third, since some of the Bedouin enlisting in the IDF are from urban townships, there is no reason to believe that the Bedouin’s “tracking skills…are essential for their everyday lives.” They live in permanent structures and go to school—most likely they are not accustomed herding sheep or tracking animals.

According to a 2002 report by Reserve Gen. Rafael Vardi, Bedouin attempts to integrate into Israel society through service in the IDF were largely unsuccessful.  The report noted that “rather than winning praise for going against the general anti-Israeli trend in Arab society, Bedouin soldiers suffer discrimination in the army, enjoy few opportunities for professional mobility and face difficulties in finding security-linked jobs after they are discharged.” Furthermore, despite their loyal service to the state, Bedouin IDF combat veterans from the unrecognized villages remain at risk of having their houses destroyed by the government. While the IDF has embarked on some recent efforts by to promote Bedouin integration into Israel society after military service, if successful this would effect only a fraction of a percent of the total population (with only about 450 Bedouin enlisting per year).

In civilian life, Bedouin attempts to integrate are also frustrated by the state. Bedouin do not necessarily have the “right” to rent or buy a home in non-Bedouin towns or villages.  Many of the Jewish communities (moshavim) use selection committees to ensure that Arabs, Bedouin, and other “undesirables” are not able to join– something along the lines of a racially restrictive homeowners covenant in America in the early 20th century. According to Adalah, an advocacy group for Arab rights, the Supreme Court upheld an Israeli law in 2014 which “allows for hundreds of Israeli Jewish communities in the Naqab (Negev) in the south and in the Galilee in the north to reject applicants for housing based on the criteria of ‘social suitability’ and the ‘social and cultural fabric’ of the town.”

So how can one expect them to feel any semblance belonging in a state when they are so often relegated to the margins?

As the Negev Bedouin community continues to grow at an astronomical rate (doubling approximately every 15 years), the Israeli government should be concerned about alienating such a large percentage of the Negev’s population (somewhere between one-third and one-half).  While there is a clear conflict between the Bedouin and Israeli ways of life in regards to land claims, women’s rights, etc., trying to undermine the community by pushing it into a corner will ultimately create hundreds of thousands of citizens hostile to the government. If Israel continues on the path of marginalization rather than integration, it is not hard to envision a scenario in which the state policy of asserting authority over Negev lands at the expense of the Bedouin ultimately costs the state stability and order in its southernmost region.