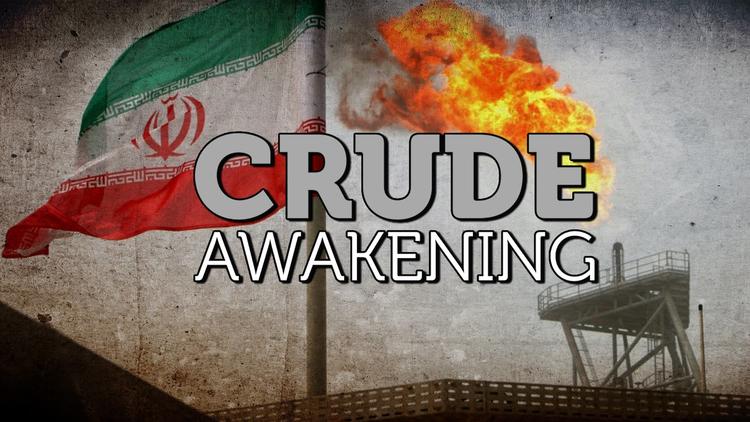 The dialog between the US and Iran moves ahead, albeit haltingly. Opposition comes from important groups in both Tehran and Washington – as well as in a few Middle Eastern capitals. In Washington, the issue is decried as a sign of the administration’s naivety regarding world affairs in general, and the Islamic State of Iran in particular. Domestic support is confined to partisan loyalists.

Largely absent from the debate is how rapprochement with Iran will benefit American security and aims in the Middle East. New forces are afoot in the Middle East. The administration’s foreign policy may be recognizing this and adapting rather adroitly – or trying to. Realpolitik, often dismissed a basis for military action in the world, may offer insights supportive of rapprochement

The US and Iran find themselves in the uncomfortable position of shared opposition to Sunni extremism, especially the Islamic State of Iraq and the Levant (ISIL). The two states – separately, of course – train and advise Iraqi and Kurdish troops and provide air support. Iranian artillery has been brought to bear as well. The ISIL offensive of last summer been pushed back from the approaches to Baghdad and the Kurdish capital, Erbil. Nonetheless, both powers diligently avoid overt cooperation.

In Syria, however, things are even more nettlesome. Iran and the US both oppose ISIL and al Qaeda there, but diverge on the Assad government. Iran wants desperately to retains a strategic partner in Damascus; the US wants Assad out. Washington may be realizing, though not yet openly admitting, that Assad cannot be defeated and that he may have a role to play in a settlement.

Tehran’s influence in the region, presently deemed pernicious and threatening, may be ready for strategic reevaluation. Iran is the leader of the Shia world, which feels increasingly under attack from Sunni extremism – not only ISIL and al Qaeda, but Saudi Wahhabism and Pakistani Deobandi schools as well.

Iran has organized Shia fighting forces in Lebanon, Syria, and Iraq, and it has brought in Hazarras from central Afghanistan to fight ISIL and al Qaeda. These militias will be effective forces in what is developing into a long war of attrition against Salafi militant groups – one that may last decades. Such are the new realities emerging in the Middle East, convoluted and perplexing though they are.

The US and Iran also oppose the Taliban and jihadi groups aligned with it such as al Qaeda, the Haqqani Network, and Jaish-e-Muhammad. Though largely forgotten now, or at least largely unmentioned, the two powers cooperated in expelling the Taliban in 2001. Iranian advisers had been with the northern militias for many years and Iran shared intelligence with the US.

Tehran’s policy toward the east is not without nuances that have rankled Washington. It provided Taliban guerrillas with a limited number of weapons and with training at an IRGC base near Zahedan, Iran. This was not done out of any desire to see the Taliban retake Afghanistan; it was a warning to Washington that any airstrikes on Iranian nuclear sites would be met with greater help to the Taliban.

In Iranian eyes, the Taliban are one of many Sunni extremist groups that oppress and often slaughter Shias on both sides of the Af-Pak frontier. Inspired by Saudi dogma and backed by Pakistan generals, the Taliban represent a danger to Iran, especially as sectarian tensions are reaching levels unseen in centuries.

The US-Iran dialog takes place in a geopolitical context that poses new global challenges, especially for political change in the Middle East. Russia has recovered from collapse in the early nineties and is increasingly assertive, especially along its expansive periphery. China, heady from remarkable economic growth, is seeking to make itself a world power.

The break in US-Iranian relations following the 1979 Revolution and embassy crisis brought unprecedented comity between Iran and Russia – a centuries-old enemy that had expanded at Persia’s expense and occupied large parts of the country during both world wars. China has become an avid purchaser of Iranian hydrocarbons and its goods are found in every bazaar from Tabriz to Mashad.

The US is far less dependent on Gulf oil than it was only twenty years ago. Nonetheless, US strategic thinkers, judiciously or not, are eager to retain predominance in the Gulf. Rapprochement between Washington and Tehran would limit the influence of Russia and China in Iran, which could one day lead to the latter’s acquiring a military base near the Strait of Hormuz. (The same calculus may be behind Washington’s opening with Cuba: forestalling the establishment of a rival’s military base.)

Less antagonism with the US will take away one of the justifications for authoritarian rule in Iran. Liberalization, while hardly assured, may be able to move forward. Closer relations with Russia and China, on the other hand, will stymie political reform in Iran. Theological and military elites will remain in control. Indeed, they will consolidate their grasp.

Perhaps most importantly, rapprochement will enable the US to balance between the Sunni monarchies and Iran, influencing both sides, and perhaps moderating their more objectionable policies, domestic and foreign.

Presently, Washington’s tilt toward Riyadh encourages Saudi moves such as supporting militant and terrorist groups inside Iran, fruitlessly attacking northern Yemenis, and repressing reform at home. Further, the US tilt gives rise to unwarranted suspicions inside Iranian security bureaus which hardly contribute to regional stability and may lead to calamitous miscalculation one day.

Rapprochement is decried as gravely weakening Israel’s security, if not as betraying it altogether. This is hardly the case. Iran would be far less likely to increase tensions with Israel, let alone attack it, either directly or through proxies. Such moves would endanger cooperative arrangements with the US, economic and military, and risk a return to the brink of war we’ve seen in recent years. Perhaps realpolitik in the US will discourage tired, doctrinaire outlooks in other states in the Middle East.