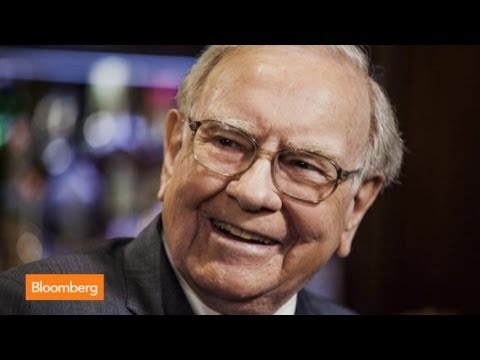 Wind power is on a roll in the US despite a fickle Congress and the machinations of Big Coal and Big Gas to keep all the subsidies for themselves. And one of the world’s most successful investors, Warren Buffett, has noticed.

As of the end of the first quarter of 2015, 13.6 gigawatts of electricity generating capacity from wind is being constructed in 23 states via 100 projects. About $23 billion worth of new wind farms are being implemented. US wind power is expected to double, at the least, by 2020.

BHE Renewables, a subsidiary of Warren Buffett’s Berkshire Hathaway, Inc., is going to open a 400 megawatt wind farm in Nebraska in 2016 that will increase the state’s wind-generated electricity by 50% and take the state closer to its goal of getting a third of its power from renewables. Nebraska currently has 800 MW of wind-provided electrical power. The state utility will buy all of the new production.

BHE Renewables, founded in 2011, has invested $10 billion to generate 3.4 gigawatts from hydroelectric, geothermal, solar and wind plants. Utilities make long-term agreements to buy the energy. Since the fuel for these plants is free, there’s money to be made in generating electricity this way.

The 400 MW wind farm project was announced at the company’s annual shareholder meeting in Omaha.

Responding, at the meeting, to criticisms that Coca Cola (in which BH invests) has too much sugar, vice chairman Charlie Munger, 91, insisted that sugar has kept his arteries from hardening. Buffett was quick to say that the two are no talking up Coca Cola, since they hope to buy more of its stock. People would be wrong to think they would do that, Buffett said.

According to USA Today, Munger agreed: “If people weren’t so often wrong, we wouldn’t be so rich.”

The same principle seems to apply to Berkshire Hathaway’s massive investments in wind. Why wouldn’t everyone do that?

Another Berkshire Hathaway subsidiary, MidAmerican Energy Company, is active in Iowa and the Midwest and it is putting nearly another $1 billion into wind in Iowa. MidAmerican said Friday that since 2004, it has invested almost $6 billion in wind energy. In Iowa, it currently powers some 1.2 million homes with 4 gigawatts of wind energy. The new projects will increase wind electricity by 522 megawatts in that state. That’s about half the nameplate capacity of a small nuclear power plant. With two new wind farms finished, MidAmerican Energy will have 2000 wind turbines in Iowa. Even today, the state gets 27% of its electricity from wind, the highest of any state in the country, and it seems likely to go on up from there. Iowa avoids on the order of 9 million metric tons of CO2 emissions annually because of its wind generation. (In 2011 the state put out 84 million metric tons of CO2).

The state’s record on renewables allows it to implement EPA carbon regulations much less painfully than will be the case in many other states.

Cleaner air and avoiding pollution and climate change will also improve Iowans’ health. Otherwise, they are looking at shortages of clean water, increased asthma in children, increased infectious diseases, and a host of other problems.