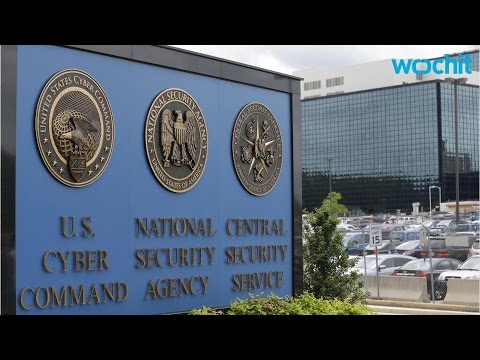 Survey commissioned by ACLU shows “how disconnected members of Congress are from the feelings of a lot of the public.”

A new survey which found that most Americans oppose NSA surveillance comes as some key sections of the Patriot Act near their expiration date. (Photo: mlliu/flickr/cc)

Most U.S. citizens across the political spectrum oppose the National Security Agency’s (NSA) expansive surveillance powers and want the Patriot Act reformed, according to a new survey by the ACLU released Monday.

A bipartisan pair of polling firms surveyed 1,001 likely voters around the country and found that by nearly a 2:1 margin, Americans believe the Patriot Act should not be reauthorized in its current form. Another 60 percent said they would like to see it modified “to limit government surveillance.”

The release of the survey (pdf) comes with only five days left in the legislative calendar before, absent congressional action, key provisions of the Patriot Act expire on June 1. Those include the controversial Section 215, which the NSA previously used to justify its widespread phone records collection program exposed in 2013 by whistleblower Edward Snowden.

“With broad, bipartisan support across all ages, ideologies and political parties, voters are rejecting the argument that the Patriot Act should be preserved with no changes because of potential terrorist threats,” the survey found, referring to a familiar argument used by supporters of the bill.

Further, 82 percent of respondents said they were either somewhat, very, or extremely concerned that the government was “collecting and storing personal information like phone records, emails, bank statements, and other communication.”

ACLU legislative counsel Neema Singh Giuliani said on a press call announcing the survey that its findings show “how disconnected members of Congress are from the feelings of a lot of the public.”

“And it shows that the current legislative debate and the reforms being considered don’t really go far enough to address many of the significant concerns that many individuals have,” Giuliani added.

In a landmark decision earlier this month, a federal appeals court ruled that the NSA’s phone surveillance program is illegal and “exceeds the scope of what Congress has authorized” under the Patriot Act.

That ruling helped push NSA reform to the top of the political agenda in Congress, but even that debate has left lawmakers at odds. The House of Representatives approved the USA Freedom Act last week as a measure to reform the Patriot Act and rein in some of the NSA’s spying powers—but some privacy advocates warned that it does not go far enough to protect civil liberties because it includes a modified reauthorization of the Patriot Act.

“The fact that a lot of members of Congress are still pushing forward to try to reauthorize provisions of the law that many people find concerning is not reflective of the view of the vast majority of the public of both parties,” Giuliani said on Monday. “What the poll results tell us is that in order to be more reflective of the public’s views on surveillance and the Patriot Act, members of Congress should support … more aggressive reforms.”