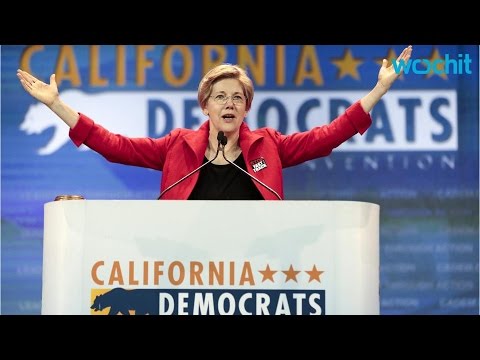 In a joint letter to Congress released this week, more than 250 technology companies and user rights organizations say that the extreme level of secrecy surrounding trade negotiations have led to provisions in agreements like the Trans-Pacific Partnership (TPP) that threaten digital innovation, free speech, and access to knowledge online, and the letter calls on Congress to come out against the Fast Track, also known as Trade Promotion Authority (TPA), bill for legitimizing this secretive process. Its signatories include AVG Technologies, DreamHost, Namecheap, Mediafire, Imgur, Internet Archive, BoingBoing, Piwik, Private Internet Access, and many others.

The letter specifically identifies the TPP’s threats based on leaked texts of the agreement—how it threatens fair use, could lead to more costly forms of online copyright enforcement, criminalize whistleblowing and investigative journalism, and create investor-state dispute settlement (ISDS) courts that would further jeopardize user protections in domestic laws. The Fast Track bill, the companies write, would legitimize the exclusive process that has led to these and other provisions, as well as undermine lawmakers’ efforts towards striking the right balance between the interests of copyright holders and those of innovators and users.

“We simply cannot allow our policymakers to use secret trade negotiations to make digital policy for the 21st century,” said Maira Sutton, global policy analyst at the Electronic Frontier Foundation. “Leaks of the TPP agreement have revealed time and time again that this opaque process has led to provisions that undermine our rights to free speech, privacy, and innovation online. The TPP is a huge threat to the Internet and its users. Full stop.”

“The future of the Internet is simply too important to be decided behind closed doors,” said Evan Greer, campaign director of Fight for the Future. “The Fast Track / Trade Promotion Authority process actively silences the voices of Internet users, startups, and small tech companies while giving the biggest players even more power to set policy that benefits a few select companies while undermining the health of the entire Web.”

Harvey Anderson, Chief Legal Officer of the popular anti-virus software company AVG Technologies: “The current administration has done much to promote openness and transparency as governance principles and in managing Internet policy, they can, and we expect, that they can do much better than the current Fast Track bill.”

Carl Wilcox, CEO of nanotech firm Advanced Surfaces and Processes, Inc.: “Technology companies like us, especially startups and emerging companies, need a level business playing field, not one where mega corporations make the rules and can sue them in a mega-corporation court whose judges and attorneys are all employed by mega-corporations. TPP impacts us negatively when they dictate intellectual property, food safety, the price of prescription drugs, weak environmental, buy local and labor safety rules.”

David Heinemeier Hansson, partner at Basecamp and creator of the popular Ruby on Rails web development framework: “TPP makes a mockery of democratic legislative ideals. It’s shrouded in secrecy exactly because it would wither in sunlight. It’s a terrible piece of overreach to endow a few special interests with enormous and unsavory power. The whole thing needs to be scrapped and started over. International trade is too important to have it hitched to this collection of wishful thinking by a select few.

Cory Doctorow, author, journalist, and co-editor of Boing Boing: “Democracies make their laws in public, not in smoke-filled rooms. If TPP’s backers truly believed that they were doing the people’s work, they’d have invited the people into the room. The fact that they went to extreme, unprecedented measures to stop anyone from finding out what was going on—even going so far as to threaten Congress with jail if they spoke about it —tells you that this is something being done *to* Americans, not *for* Americans.”

Founder of the Copia Institute, Mike Masnick: “In the last two decades the Internet has been one of the main drivers of economic growth, progress and prosperity worldwide. And, yet, leaked portions of the TPP agreement and the current fast track bill shows that no one is even considering the impact on the digital economy and digital rights. The TPP and TPA are not designed for an Internet era, or even taking the Internet economy into account. That the whole thing has been written in secret only makes this more concerning over the impact it will have on the most dynamic and important sectors of the economy today.”

For the full letter, visit: https://www.eff.org/document/tech-company-and-user-groups-letter-congress-urging-their-opposition-tpp-fast-track