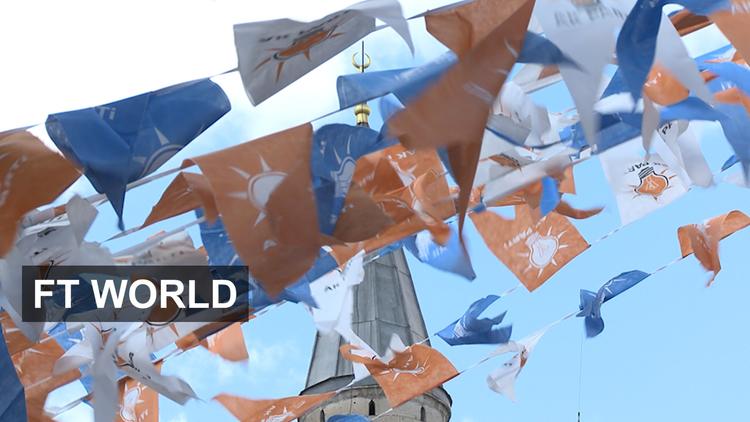 As Turkey approaches a pivotal parliamentary election on June 7, there is growing doubt about just how “free and fair” this election is going to be. A recent survey conducted by academics Ali Çarkoğlu and S. Erdem Aytaç shows that among the public, trust in the electoral process has been declining; this is especially pronounced among non-AKP (Justice and Development Party) voters 69% of whom do not believe that the election will be fair. Newspapers, social media, and daily chatter is filled with commentaries on the possibility of electoral fraud. Just a few days ago, leading labor unions voiced their concern over the security of the election. Conspiracy theories abound, speculating that the major nation-wide power outage that happened on March 31st was a “rehearsal” by the government for the election day.

This new atmosphere of distrust towards the fairness of elections in Turkey is well-founded considering the memories of 2014’s local election and current events leading towards the June 7 election, especially so given the larger emotional landscape created and framed by increasing authoritarianism in Turkey which has shattered public’s trust towards rule of law. During the tense local election held on March 30, 2014, there were widespread allegations of fraud – reports of disappearing sacks of votes, fake ballots, miscounts – pushing citizens onto streets in protest, leading to objections and applications for recounts in multiple districts. This is also when strange power outages happened during vote counting whose culprit according to the Energy Minister Taner Yıldız was a cat that walked into a transformer unit.

Similarly today, the environment leading towards June 7 creates uneasiness. First, there is President Tayyip Erdoğan himself. In Turkey the President is constitutionally bound to be impartial and above party-politics. Not so with Erdoğan who seems to be openly campaigning in his speeches, demanding votes. It is, for example, peculiar that while prime-minister Ahmet Davutoğlu held around 50 election rallies in the last month, Erdoğan has engaged himself with around 20 “opening ceremonies,” all in different cities, all crowned with him giving speeches in which he addresses the crowds as the leader of his party, talking of their achievements, criticizing and attacking opposition parties. His actions have generated multiple objections from opposition parties to the Supreme Electoral Council (YSK), the electoral body that provides judicial supervision to and oversees the election process. All of these objections were denied by YSK in quick succession.

That these objections were rejected by the Council is not very surprising. The Electoral Council as it is constituted today is largely subdued and controlled by AKP, reflecting the governing party’s increased domination over both the state bureaucracy and judiciary over the last couple of years. The 2010 constitutional changes allowed the party to control the high judiciary, and the graft scandals of late 2013, ushering purges within the police and bureaucracy, became conduits in the consolidation of AKP control. Similarly, freedom of press continues to deteriorate as the state media mainly works as a party propaganda device and AKP controls the content of mainstream newspapers and media outlets. Intimidation and censorship of independent media goes on unabashedly. Just few days ago the prosecutors’ office in Ankara called for a ban on several opposition media outlets. Within this context, it is hard to think of opposition parties campaigning freely or having fair access or resources in reaching the public.

In fact, last and most malicious of all are the intimidation campaign and ongoing attacks against the pro-Kurdish People’s Democratic Party (HDP). HDP is small in size, yet whether it will pass the 10% electoral threshold or not is the key question in the June 7 elections. If HDP gets into the parliament, AKP is expected to remain under the 330 MP threshold required to make constitutional changes, blocking Erdoğan’s long-held desire to shift the regime towards a presidential system. With HDP getting into the parliament and getting 50-60 MPs, AKP might also fail to get majority in the parliament, leading to a coalition government. As such it is critical to highlight that HDP’s party headquarters, members, and election stands in various cities have been targeted and attacked, even bombed, by one count in over 120 incidents as of end of May. HDP holds the government accountable for these attacks and points to the incendiary language used by government officials and government controlled media targeting the party.

There is no doubt that these developments taint the parliamentary elections in an already tense and distrustful environment. Within this context, it is no wonder that Turkey is witnessing a big grassroots effort in vote-protection, organized by a voluntary association, Oy ve Ötesi, which claims more than 30000 members and attempts to mobilize over 120000 to oversee voting and vote counting on the election day. While this in itself can be interpreted as a positive development, becoming a new venue for citizen activism, it is important to emphasize that the sense of unease and doubt regarding the elections is a significant change from the past. While Turkey was never considered a “consolidated democracy,” instituting uninterrupted and competitive parliamentary elections has been one of its achievements. Historically, public trust in both the process and results of elections has been strong, election results were accepted by all parties, participation has been overall high and electoral violence generally low. In fact, over the course of its almost 70 year multiparty electoral history, Turkish elections were seen as one of the few institutions free of corruption. That today the energies of citizen activists growing out of Gezi protests are directed to this core yet most minimal requirement of democratic politics itself shows how much AKP managed to snuff out the venues of democratic politics in Turkey which at one point was seen as a promising example in its region.