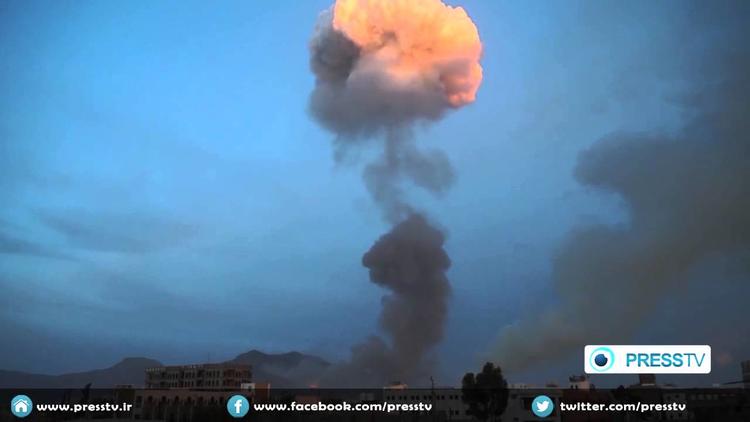 Heavy fighting continued in Yemen on Monday and Tuesday, despite the agreement reached between Houthi rebels and Saudi Arabia that a five-day ceasefire would begin on Tuesday at midnight.

Humanitarian organizations have high hopes in the ceasefire as a time when aid can be gotten to the people. PressTV reports, “The UNICEF said 120,000 Yemeni children are at the risk of severe malnutrition over the next three months in case health and hygiene services fail to function normally.” 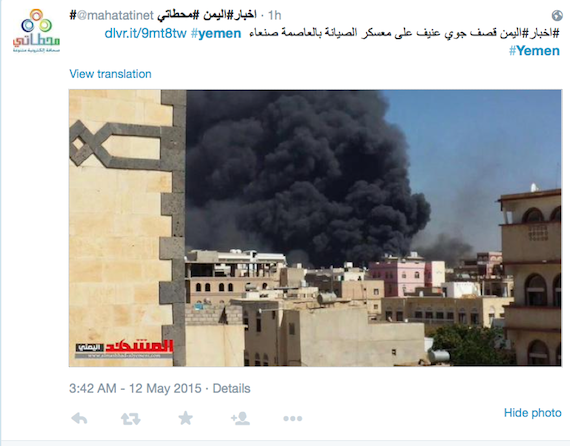 The Saudi bloc also conducted another strike on the former presidential mansion of Ali Abdullah Saleh, the deposed president for life who has now allied with the Houthi rebels against his deposed successor, Abed Rabbo Mansour Hadi. Saleh appeared unscathed in front of it and taunted the Saudis that if they sent ground troops instead of planes, Yemenis would teach them a lesson. 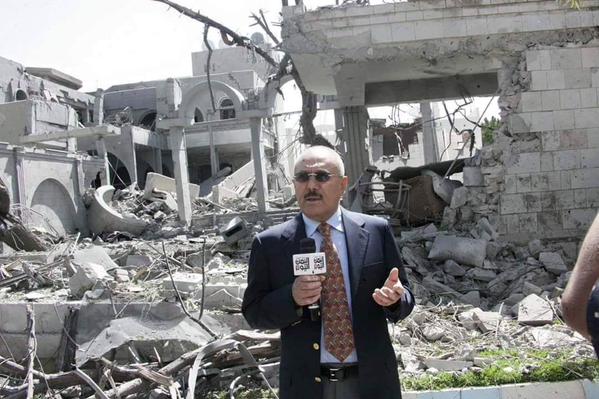 Houthis in the hills used an anti-aircraft battery to shoot down a Moroccan fighter-jet, killing its pilot. They posed with the wreckage, as shown on social media: 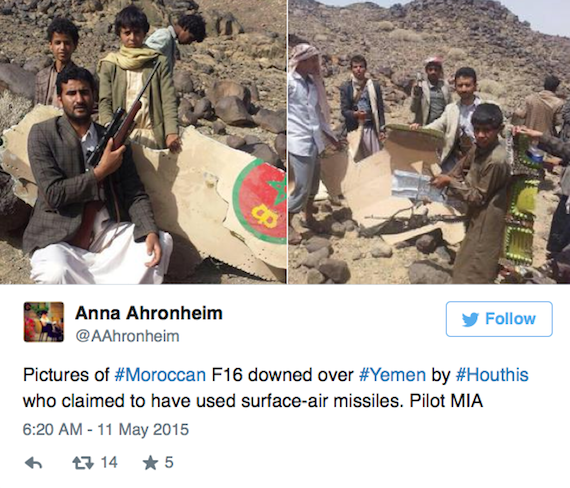 Some social media posts by Moroccans are blaming King Mohammad VI for getting involved in this distant war. Morocco, a country of 32 million, has a well-equipped, well-trained military and dwarfs in military and human resources most of the small Gulf Cooperation Council countries. As a Sunni Muslim monarchy, it has commonalities with them and there has been talk of Morocco joining the GCC. Morocco is desperately poor, with a GDP of only a little over $100 bn., and presumably receives strategic rent from the wealthy Gulf principalities for its help.

The Saudis issued a warning to civilians in the Saadeh area to flee, then carpet-bombed the place, a procedure that drew a sharp rebuke from human rights organizations.

The Houthis retaliated with more SCUD and katyusha rocket attacks on Najran and on an oil facility in Dhahran al-Janub in Asir province just north of Yemen. The Houthis hit Najran for the first time last week, provoking intense Saudi bombing of the movement’s home territory in Saadeh, north Yemen, reducing much of it to rubble. The strike on the Saudi Arabian Oil Company facility is the first economically significant target the Houthis have hit inside Saudi Arabia.

In response, the Saudis are allegedly adding to their big infantry and armor force on the Yemeni border. The strike on the oil facility is the first time the Houthis really laid a glove on the Saudis and it hurt. The Saudi stock market fell Monday on the uncertainties of the war.

At the southern front, around Aden, the Houthis vowed to go on fighting al-Qaeda in the Arabian Peninsula. The US military, despite being at odds with the Houthis, continues to hit al-Qaeda leaders with drone strikes, which at the moment helps the Houthis. Strange bedfellows abound.

Couldn’t say it looked very much like the prelude to a ceasefire.