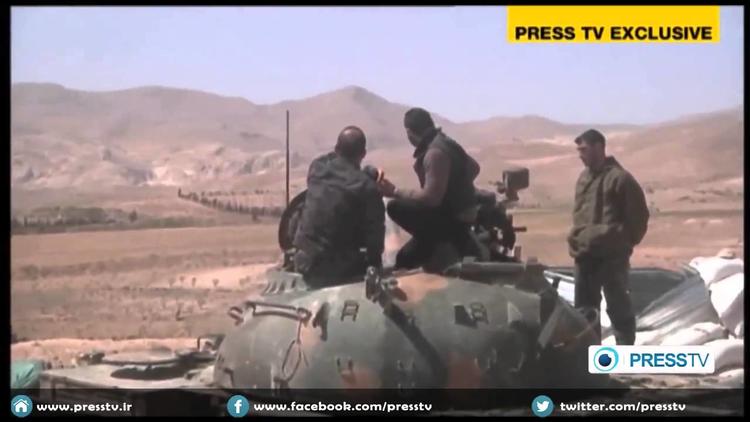 Smarting from a string of losses, the proregime coalition of Hizbullah and the Syrian Arab Army is looking for some victories against the al-Qaeda-linked Support Front (Jabhat al-Nusra). They seek them in the Qalamoun mountain range near the Lebanese-Syrian border, where Hizbullah was victorious last year this time. In the meantime, towns like Asal al-Ward had been infiltrated by the Support Front all over again.

Fighting in this area has the advantage that it makes Lebanon itself a form of strategic depth for the campaign that will be defended by the Lebanese Army, as Hizbullah and SAA forces fight just over the border into Syria. Likewise, the Christian population in the town of Ra’s Baalbak is throwing up its own militia for self-defense on the Lebanese side of the border and is allied with Hizbullah. This coalition of Shiite and Christian forces against al-Qaeda makes for a good image of Hizbullah inside Lebanon and may be aimed at countering the charge of Sunni leader Saad al-Hariri that Hizbullah is putting Iran’s strategic interests in Yemen and Iraq ahead of the safety of Lebanon.

The Support Front withdrew under pressure from the town of Assal al-Ward. Hizbullah and the Syrian Army then took three hills near al-Juba, 5 km northeast of Asal al-Ward. As they tell the story, on Thursday Hizbullah made incremental but steady advances against the rebel coalition