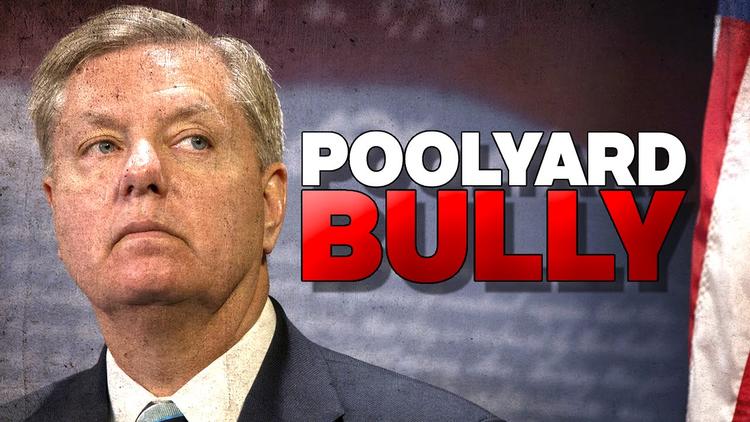 The Senator and Presidential hopeful’s comments were given Friday morning to the Southern Republican Leadership Conference via video from Washington.

“Everything I learned about Iranians I learned working in the pool room,” Graham said. “I met a lot of liars, and I know Iranians are liars.”

“The Senator’s repulsive remarks are racist, period,” NIAC President Trita Parsi said. “This type of discourse should have no place in American politics.”

“Graham essentially admits to being a bigot, because nothing says ‘I’m stereotyping’ more than basing judgment of an entire people solely on a handful of interactions in a pool room,” Parsi added.

Senator Graham is also a strong critic of the nuclear negotiations with Iran, having promised Israeli Prime Minister Benjamin Netanyahu to follow his lead on this vital national security issue.

“Graham’s racist statement raises concerns about his ability to speak on vital national security matters such as the nuclear negotiations with Iran. Because if you judge an entire people based on your experience running a pool hall-liquor store, do you really have the judgment to keep America safe?” Parsi commented. “This is Graham’s ‘I can see Russia from my house’ moment.”

NIAC is demanding an apology from Senator Graham to the Iranian-American community.

“Senator Graham owes the Iranian-American community – one of the most successful communities in the United States – an apology. And all others presidential hopefuls – Republicans and Democrats – should condemn his bigoted comments,” Parsi said.

The Young Turks: “Lindsey Graham’s ‘Pool Room’ Past Is How He Knows ‘Iranians Are Liars'”