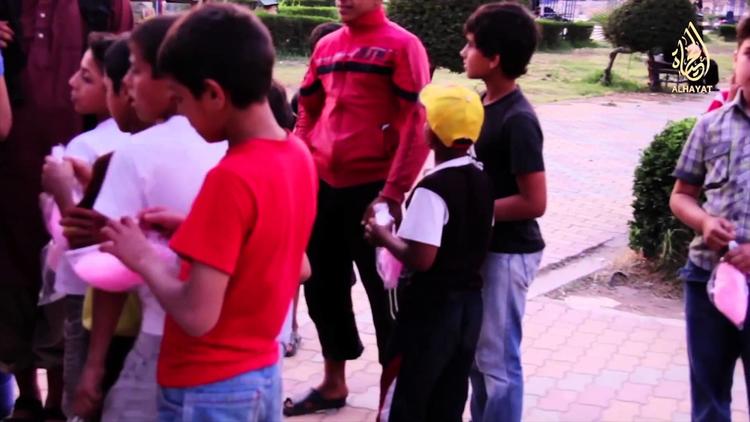 By Mike Marinetto | (The Conversation) | –

John Bartle, Nigel Bogle and John Hegarty were the mad men of the 1980s. Their BBH ad agency was the marketing genius behind Levi’s jeans, Audi cars and Lynx male deodorants.

But the marketing nous and brand awareness techniques employed by the likes of BBH are now being used for a purpose other than that of promoting the latest must-have mod con or consumer good. They are being used to sell and promote a form of fundamentalist Islamic terror whose level of violent brutality is even too distasteful for Al Qaeda, the people who scaled-up mass casualty suicide terrorism. I am referring, of course, to the corporate branding of Islamic State or IS.

While believing itself to be a divinely anointed transnational terror movement, Islamic State is really a corporate entity – just one that does not follow the orthodox route of quarterly sales targets. That said, Islamic State has a bottom line – waging a global jihad does not come cheap these days.

The current balance sheet looks healthy – IS is the wealthiest terrorist group on the planet, worth a purported US$2 billion. Much of this revenue is generated through its seizure of Syrian oil fields which it uses to illegally export crude across various porous borders.

Islamic State has another equally important set of key performance indicators to feed: recruitment. The movement has seen volunteers willing to relocate to the land of sharia and khilafah – and most importantly to martyr themselves for the idea of a utopian caliphate that is Islamic State. What is most impressive – or worrying – is that thousands of these volunteers hail from outside the Middle East, forming a mujahideen-style international brigade.

The human interest stories of Westerners taking up their Kalashnikovs in the name of Islamic State suggests the campaign is working. Recent examples include an Australian teenager who opted for a life on the frontline and the trainee British doctors who joined the IS medical corps.

The numbers behind these human interest stories are more startling: according to figures from American intelligence analysts, the Soufan Group, since the summer of 2014 around 20,000 foreign fighters have responded to IS’s call of duty – 4,000 of these are European with an estimated 500 hailing from the UK.

And these stats may be on the conservative side. Khalid Mahmood, the UK’s first Muslim MP, has suggested that the number of British IS volunteers that hail from Britain is four times greater than official estimates would have us believe. Some reports go as far as saying there are more British Muslims fighting for terror group ISIS than Britain’s military.

What leads thousands of Westerners to enlist in the IS draft has been the subject of endless conjecture and hand-wringing – especially when the conscripts are British schoolgirls. Recruits are in part buying into a success narrative thanks to IS’s military gains across the Middle East – successes unseen since the heady days of the Red Army’s humiliation at the hands of mujahideen hillbillies. From being relatively unknown a year ago, Islamic State has become not only the most powerful jihadist group in the Middle East but also globally recognised.

But it would be a mistake to regard that IS’s appeal is wholly based on its military dominance. On the ground, pitiless and sickening brutality may be the norm but its recruitment drive is hi-tech and sophisticated. The US state department calls it IS’s “propaganda machine”, a phenomenon, which they admit: “We have not seen before … It’s something we need to do a lot more work on.”

Behind this propaganda machine lies something more urbane: a corporate style of brand management. Like all forms of carefully designed brand management, IS has a key target audience – in this case the millenials of the 15-35 age group. And if there is one thing millennials understand, respect and respond to – regardless of their religious or ethnic background – is a strong brand identity.

From mujatweets to jihadi idols

Social media features prominently in this corporate marketing but it was not always thus. In its formative days, IS neither fraternised with journalists or engaged with the infidel-like ways of social media. But with the formation of its ad hoc caliphate in parts of Syria and Iraq, IS became less media shy and demonstrated a real social media savvy.

A recent study from the Brookings Institution estimates that there are possibly up to 90,000 Islamic State Twitter accounts that support the IS cause and disseminate its jihadology. Accounts supporting IS have about 1,000 followers each on average, which is considerably more than the average.

IS has also been adept at creating home-grown celebrities from the frontline. Chief among them is the London student “Jihadi John” who became something of matinee idol within the macabre niche genre of beheading Western hostages. This has given IS plenty of water cooler moments – for any distinctive brand identity will require a certain amount of word of mouth dissemination.

As well as film stars, there are the IS movies – characterised by high production values and professionally edited – chronicling “heroic” and often gruesome scenes from the frontline. One film Swords IV features IS captives literally digging their own graves. The message from these films is often brutal and uncompromising: join us or you will be slaughtered.

This skillful brand management is being, in part, overseen by IS-affiliated media professionals, some of whom are based some way from the Syrian and Iraqi frontlines. IS even has its own media centre, the Al Hayat Media Center, which publishes its own online magazine: The Islamic State Report. It promotes IS’s jihadology and justifies its military activities. It has a strong resemblance to a corporate annual report and the target audience is both young and Western – that is, English speaking.

And IS have succeeded in stage managing their media and feeding it into mainstream news networks. The hyped moral panic that coverage of their activities garners then works to benefit their brand, giving it a power and dominance, which on occasion, is more apparent than real. The sheer volume of IS activity in the virtual world allows it to intimidate opponents and ordinary citizens on the ground, as noted by terror specialist J.M. Berger in reference to the coverage of Islamic State’s march on Baghdad.

Islamic State’s mission statement of bringing a global caliphate may prove a bit too ambitious; the organisation could be hard-pressed to even retain its local caliphates in Syria against the combined military might of the US and its Middle East allies. In time, the IS war machine may become too stretched, facing possible defeat. But the same cannot be said about the ideology behind the IS brand, which is drawing young people from across the world and could be here to stay in one guise or other.

Mike Marinetto is a Business Ethics Lecturer at Cardiff University