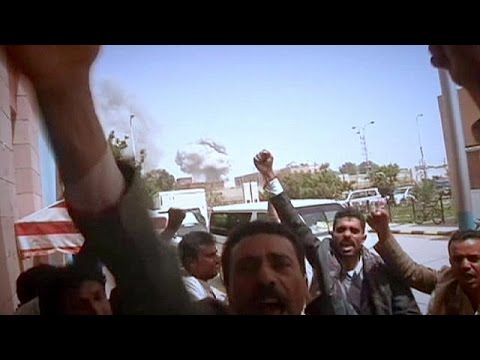 A recent online commentary by Robert Kaplan for Foreign Policy displays the provocative title: “It’s time to bring imperialism back to the Middle East”. The punch line surfaces in the final paragraph: “Imperialism bestowed order, however retrograde it may have been”. Retrograde? How about brutal?

Let’s see: Mussolini made the trains run on time; Hitler brought Germany out of the humiliation of a World War I defeat; Genghis Khan lengthened the Silk Road by slaughtering just about everyone along the way. So let’s bring back the Shah of Iran, Saddam Hussein, Colonel Qaddafi and all the recently demoted dictators so we can have “order” again, the kind of “order” which is imperially blessed and apparently serves American interests.

Kaplan’s view of Middle Eastern history is about as top-down and lop-sided as you can get. Take the Sublime Porte, for example: “For hundreds of years, Sunnis and Shiites, Arabs and Jews, Muslims and Christians, in Greater Syria and Mesopotamia had few territorial disputes. All fell under the rule of an imperial sovereign in Istanbul, who protected them from each other”, he writes. Really? What romance novel has Kaplan been reading? Was there such love for the Ottoman sultans that no ethnic group ever complained? Did all these subjugated people sleep peacefully at night knowing that the Janissaries would protect them from each other? But why stop with the Ottomans?! The caliphs in Abbasid Iraq must have been all made for a Disney Aladdin movie and their mercenaries nothing short of angels? And what barbarian would have dared speak against the glorious Pax Romana of the Caesars? Forget the out-dated Sermon on the Mount. According to Kaplan, blessed are the Machiavellian despots for only they can enforce peace in the name of order, at least in what used to be called the Holy Land.

In Kaplan’s apocalyptic view ISIS has now obliterated the “the borders erected by European imperialism, British and French, in the Levant”. Israel’s annexation of the West Bank never happened, of course. It seems that the new ISIS empire could be a candidate for membership in the United Nations. But crossing the borders in humvies and pick-up trucks hardly changes the lines on the maps. The borders may be porous, but they are still internationally recognized borders and will revert to the established countries once ISIS is cleared out. We are told that for Libya, Syria and Iraq, “Because identity in these cases was fragile, the most suffocating forms of authoritarianism were required to merely hold these states together”. But this puts the cart before the camel. The dictators arose not because the local population was given a chance and failed the “rigors of democracy”. The dictators gained power as a result of the dismal policies of Western imperialism before and after World War I and II.

Huntington’s simplistic clash of civilizations scenario is the inspiration for Kaplan’s thesis that “Only suffocating totalitarian regimes could control these artificial countries formed from vague geographical expressions”. Forgetting that all modern states are “artificial” and imagined, Kaplan assumes that the region must inevitably be totalitarian, as though revolutions can only occur in the West. The totalitarian regimes in the Middle East and North Africa that came to power did so in the power vacuum created by Western imperialistic manipulation. The fact that Saad Zaghloul and Mohammad Mosaddegh were denied self-determination seems to have escaped Kaplan’s imperial vision. So the dictators get praised and blamed at the same time, as though they evolved in a vacuum.

As Kaplan rightly notes, “Strong Arab dictatorships across the region were convenient to American interests…”. Indeed they were, but they were hardly convenient to the people they ruled and often ruthlessly killed. What a sigh of relief there must be in Washington that a democratically elected President Morsi is now replaced (and condemned to death) by a military general who imagines himself a pharaoh draped in red, white and blue. And then there is the House of Saud which “has impressively navigated its way over the decades through immense social transformation at home and a tumultuous security situation abroad”. Public beheadings and not allowing women to drive are indeed immense, are they not? It is not that hard to be impressive when there are billions of dollars of oil wealth at their disposal, much of which has financed the jihadi mentality now coming back to haunt the Saudi kings. And, of course, Operation Decisive Storm is yet another example of how impressive it is for a country with all the military hardware Washington can sell to bomb a poor neighbour into the Stone Age. The shopping malls and fancy hotels in Mecca must be protected at all costs.

“Thus, the near-term and perhaps middle-term future of the Middle East will likely be grim”, concludes Kaplan. Indeed it will be thanks to the unlimited supply of arms to all sides, the polarizing rhetoric on all sides, the blatant hypocrisy of American foreign policy and the blind eye to every belligerent action of the Israelis against the Palestinians. But let’s not make it any grimmer by returning to puppet despots and imperial ambitions.

Daniel Martin Varisco is President of the American Institute for Yemeni Studies, Research Professor at Qatar University and advisor to MENA Tidningen.

Reprinted with the author’s permission from MENA Tidningen

Readers may also enjoy Juan Cole, “What’s Wrong With Robert Kaplan’s Nostalgia for Empire” at The Nation this week.