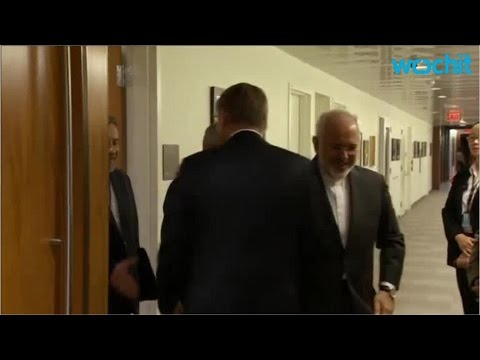 For years, AIPAC and the Netanyahu government in Israel have tried to mark the Iran nuclear talks as a “Jewish” or ‘Israeli’ concern distinct from a world interest in nuclear non-proliferation. In this way, they were able (with plenty of help from the media) to control the framework under which public debate has unfolded over the last few months, as well as much of the content. The Obama Administration, on the other hand, held to their assessment that the American people would never support another extensive, unpredictable war in the Middle East.

As we near the deadline for final agreement, the neoconservatives and hawks who want to kill diplomacy are screaming as loud as they ever have in denouncing the Administration ‘appeasers’ and attaching poison pills to legislation that would give Congress a say in reviewing the final agreement.

Despite the fury of the war party, momentum today is clearly in favor of the diplomacy between Iran and the five permanent members of the UN Security Council plus Germany (P5+1) that would render war moot. Once again, the Republicans and many Democrats have seriously misjudged majority sentiment in America or intentionally ignore it. According to Robin Wright, writing in the New Yorker, recent polls show “the majority of Americans now support a deal with Iran even though they don’t necessarily trust Tehran.“ Last week Quinnipiac reported that 77% of Americans prefer a negotiated settlement over military intervention. Last month, the Economist reported more than 60% of Americans support negotiations. An NBC poll reporting 54% trust the Obama Administration over Congressional Republicans to ‘handle an agreement with Iran’ offers a vivid confirmation of the trend.

Neoconservatives in the US have met their media-savvy match in Iran’s team. With everything from dismissing Netanyahu’s speech to Congress “non-important” to his interview on Charlie Rose to his many tweets and press conferences, Iranian Foreign Minister Mohammad Javad Sharif broke through media banality to present Iran’s genuine interest in securing a nuclear deal

The frustration of the opposition was clear when Senators Cotton and Rubio took a forced foul last week. In a bizarre move, these pumped=up amateurs “jumped the shark” by pushing their poison pill amendments to bi-partisan legislation. The legislation would have given Congress a role to review of a final P5+1/Iran agreement. In the process, Rubio and Cotton may have killed any chances that a review bill will pass.

Republicans are being squeezed not just by American public opinion and. Administration perseverance but by international pressure from non-Israeli American allies and negotiating partners Britain, France and Germany. Expect more fire-works in the next several weeks. But lay your bets that Congressional hawks, along with their objective ‘allies’ of Right-wing Iranian ‘refusniks’, will be partners in defeat by mid-summer.