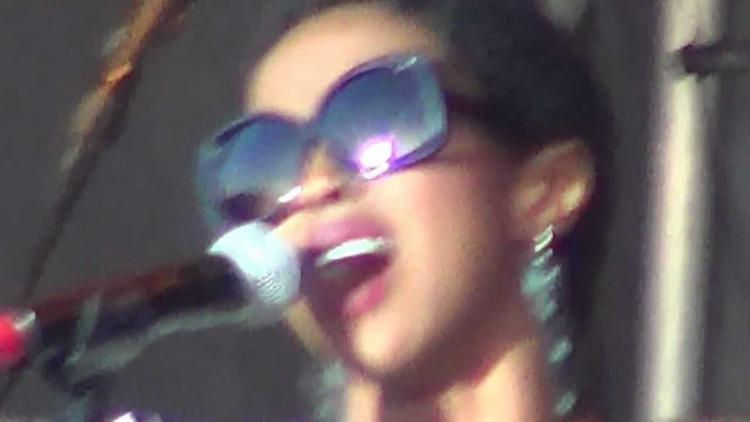 In another sign that Israeli prime minister Binyamin Netanyahu’s far-right nationalism is turning Israel into a pariah state, pop star Lauryn Hill has cancelled a planned concert outside Tel Aviv. She was subjected to a great deal of pressure from fans on social media to withdraw the appearance, some of whom, The Guardian says, instanced the song “Killing Me Softly,” which she had covered, as a description of Israeli Occupation policy toward the Palestinians.

“When deciding to play the region, my intention was to perform in both Tel Aviv and Ramallah. Setting up a performance in the Palestinian Territory, at the same time as our show in Israel, proved to be a challenge. I’ve wanted very much to bring our live performance to this part of the world, but also to be a presence supporting justice and peace. It is very important to me that my presence or message not be misconstrued, or a source of alienation to either my Israeli or my Palestinian fans. For this reason, we have decided to cancel the upcoming performance in Israel, and seek a different strategy to bring my music to ALL of my fans in the region. May healing, equanimity, and the openness necessary for lasting resolution and reconciliation come to this region and its people.”

Hill, who is legendary for her stunning Grammy Award-winning work in the 1990s, is in the midst of an attempted comeback via the concert circuit after an erratic decade that included legal troubles over taxes and song releases that failed to chart.

Her strategy of dealing with the demand for a boycott of Israel over its continued brutal occupation and Apartheid policies toward Palestine, of seeing whether she could also perform in the Palestinian West Bank, is an interesting one, as a quest for even-handedness. But it proved logistically impossible, she says. So too is her framing of the cancellation as a way of avoiding tensions.

For African-American performers (and anyone with a conscience) the Apartheid dimension of the Occupation makes the appeals of the BDS fans hard to ignore.

Interestingly, Jewish Voices for Peace is the top Twitter hit at her feed, thanking her for her decision. 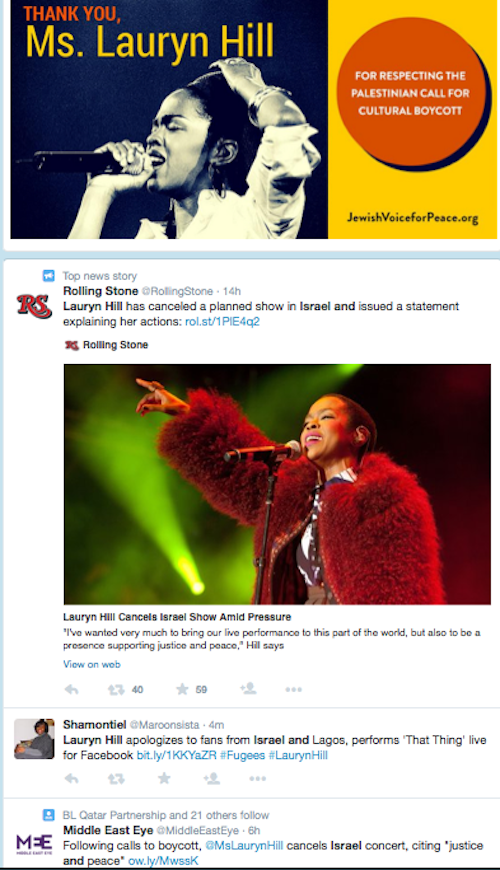