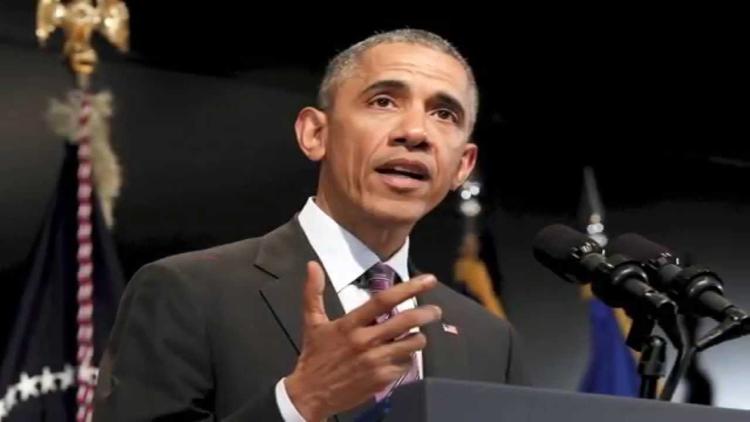 BETHLEHEM (Ma’an) — President Barack Obama says the United States is “taking a hard look” at its approach to the Israeli-Palestinian conflict, telling an Arabic language news source Wednesday that Palestinians “deserve an end to occupation.”

Talking to the London-based Asharq al-Awsat newspaper, President Obama said that he would never give up hope for “peace between Israelis and Palestinians.”

“Palestinians deserve an end to the occupation and the daily indignities that come with it. That’s why we’ve worked so hard over the years for a two-state solution and to develop innovative ways to address Israel’s security and Palestinian sovereignty needs,” he told Asharq al-Aswat.

The US president said that all parties must address the impact of last summer’s military offensive in Gaza and reconnect the coastal territory with the occupied West Bank, in addition to the solving “humanitarian and reconstruction” needs of the territory.

The letter published Sunday reiterated a statement made in April 2014 that the officials now regarded the Oslo-Madrid peace processes as “defunct.”

It added: “We are convinced in our own minds that he (Netanyahu) has little intention of negotiating seriously for a two-state solution within the term of this incoming Israeli government.”

In the lead up to March’s Knesset elections in Israel, Netanyahu publicly announced there would be no creation of a Palestinian state if he was reelected, while repeatedly vowing to expand settlement activity throughout occupied East Jerusalem and the West Bank.

The EU and US criticism come even before Netanyahu’s new coalition has officially assumed power. Included in the coalition is newly appointed Education Minister Naftali Bennett, who is stuanchly pro-settlement expansion in the occupied West Bank, while Netanyahu’s new Justice Minister Ayelet Shaked was accused of calling for the mass killing of Palestinians during the Israeli offensive on Gaza last summer.

The letter by former EU officials added that, “We… have low confidence that the US Government will be in a position to take a lead on fresh negotiations with the vigor and the impartiality that a two-state outcome demands.”