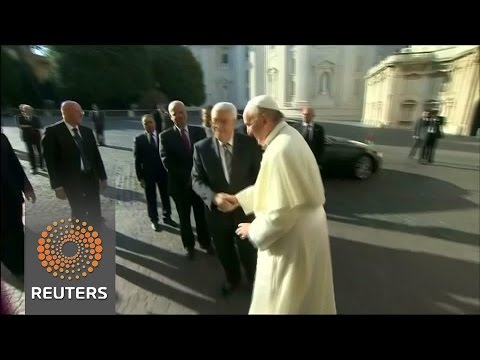 The Arabic press widely and favorably reported the news that the Vatican has recognized Palestine as a state in a new treaty with it, despite a strong protest from Israel. The recognition was of Palestine within 1967 borders, with Jerusalem as its capital. It came as part of a treaty between the Vatican and Palestine regarding the place and activities of the Catholic Church in Palestine. The Vatican maintains that since the UN General Assembly gave Palestine non-member observer state status in 2012, it has regarded Palestine as a state. This treaty is, however, the first formal document enshrining that recognition.

Dr. Hanan Ashrawi of the executive committee of the Palestine Liberation Organization welcomed the decision (she is herself a Palestinian Christian). She said, “The significance of this recognition goes beyond the political and legal into the symbolic and moral domains and sends a message to all people of conscience that the Palestinian people deserve the right to self-determination, formal recognition, freedom and statehood.”

About 8% of the roughly 2.5 million Palestinians living under Israeli military occupation in the Palestinian West Bank are Christians. Most are Eastern Orthodox, but a minority are Catholics. Christian Palestinians are even more numerous in the diaspora caused by the Israeli ethnic cleansing campaign of 1948, which expelled 750,000 or so Palestinians from their homes and made them homeless refugees abroad (the total Palestinian population has by now grown to some 11 million).

Egypt’s al-Yawm al-Sabi` reported that a leader of Fateh (a prominent constituent party of the PLO), Dr. Jihad al-Harazin, said that the recognition was a victory for Palestinian diplomacy and a form of spiritual support to the Palestinian cause, given the importance of the Vatican to the West. He pointed out that the step comes not long after recognition by Sweden, which joined the Czech Republic, Poland, Bulgaria, Romania, Malta and Cyprus in Europe. Likewise, a number of European parliaments have voted non-binding resolutions in favor of recognizing Palestine during the past year.

The Vatican is also in the process of beatifying two Palestinian saints.

Given that some Catholic countries, such as Ireland and Spain, are already inclining toward a recognition of Palestine, this blessing of such a move by the Vatican may help accelerate that political momentum.

Reuters: “Vatican agrees to first treaty with State of Palestine”