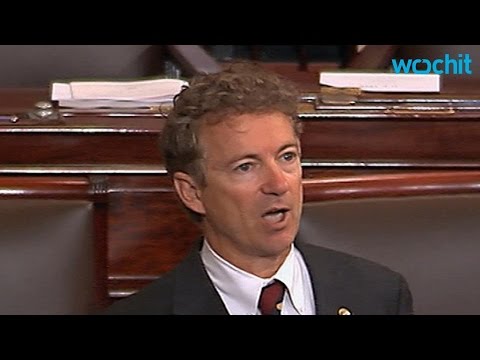 by CHARLES KURZMAN for ISLAMiCommentary:

With the “USA PATRIOT Act” set to expire at the end of the month, you might expect supporters of domestic surveillance to tout the take-down of the biggest plot of violent extremism America has experienced so far this year.

Not the plot by two men who drove to Garland, Texas, to shoot up a well-guarded conference of anti-Islamic bigots. Government surveillance actually missed that one, despite repeated social media contacts between the so-called Islamic State and one of the perpetrators. Fortunately, the plotters were so poorly prepared for their moment of murderous glory that even with the advantage of surprise, they did not kill anyone before they were gunned down themselves.

No, I’m talking about an attempted plot against an entire American community, which didn’t make nearly as big of a media splash as the Garland story. The community “must be utterly destroyed in order to get the attention of the American People,” a man in Tennessee wrote on Facebook. “Our small group will soon be faced with the fight of our lives. We will offer those lives as collateral to prove our commitment to our God. We shall be Warriors who will inflict horrible numbers of casualties upon the enemies of our Nation and World Peace.”

The leader of the plot was arrested in April, just before heading to the site of the intended attack. The FBI had recorded the plotters’ phone calls. It had an informant recording in-person conversations. The defendant ended up pleading guilty earlier this month to a charge of making a threat. But all this was done with the usual investigative tools, not with PATRIOT Act surveillance. That’s because the most powerful portion of the PATRIOT Act, Section 215, is limited to investigations of “international terrorism,” while the Tennessee plot was a case of domestic terrorism.

The ringleader was Robert R. Doggart, an ordained minister with the Christian National Church. (From the church’s website: “The Bible teaches us to love our neighbors. … The world is our neighborhood, and all of God’s children are our neighbors.”) Doggart’s target was a rural community in New York called “Islamberg,” home to a group of African-American Muslims who follow the guidance of a Pakistani religious leader, Sheikh Mubarik Ali Shah Gilani.

photo courtesy of “The Muslims of America” http://www.iqou-moa.org/news/pr/679-doggart-terrorism-conspiracy

The Islamberg community has had no trouble with law enforcement officials. Back in January, the local sheriff denied rumors that Islamberg posed a militant threat. “It’s kind of perplexing to us, all this recent media attention in regard to potential terrorist training camps and things that are going on there,” said Delaware County Sheriff Craig Dumont. “We don’t see it. We just don’t find any of that to be valid at this time.”

Islamberg’s religious organization, The Muslims of America, calls itself a Sufi order, which Islamic revolutionaries such as the self-proclaimed “Islamic State” consider to be apostasy. Islamberg’s sheikh feels similarly about the revolutionaries. “The ISIS, also known as Da’ish, basically are riff raffs and their leader is not at all Sunni,” Islamberg’s sheikh wrote last fall. “A Sunni is a follower of Sunnah, or the way & conduct of the Holy Last Messenger (peace be upon him). On the contrary, these people are enemies of the family of the Holy Last Messenger (peace be upon them).”

None of this registers with anti-Islamic extremists such as Reverend Doggart. Last summer, Doggart traveled to one of Islamberg’s sister communities — there are more than a dozen such communities around the United States — to investigate what he called “a suspected Muslim Jihadist Training Camp in Tennessee.” “I am not at liberty to reveal the location at this time, and am not going there hoping to find conflict. However, given the recent beheading of an American Journalist by the treacherous ISIS group, the Islamic networking that is underway in America, and the threats directed at us, there is no choice but to engage this topic, face-to-face, on location,” he wrote on his blog.

The location was hardly a secret — maps have circulated for years on anti-Islamic websites that identify the Muslims of America community in Dover, Tennessee, known locally as “Islamville,” as part of an alleged “terrorist network in America,” none of which has actually generated any terrorism. Doggart cited as his main source Steven Emerson’s book American Jihad: The Terrorists Living Among Us, which predicted incorrectly in 2003: “It is a certainty that terrorists, already living among us, will continue to pursue their destructive agenda.” Even with PATRIOT Act surveillance, no such sleeper cells were ever identified. Still, a committed subculture suspects that the U.S. government is somehow harboring Muslim terrorists.

Doggart went to find out for himself. Two days later, he reported on his blog that he had met with local officials and the Muslim community’s next-door neighbor, all of whom “saw no threat.” The neighbor took Doggart to visit the Muslims, and Doggart said he was “unable to see anything hostile there.” Doggart concluded: “And so, I am convinced that there is no threat, and that we must be careful in taking the subjective words of others, or rumor, or Facebook assertions of alarmists in this, and all areas of the security of our Nation.”

Meanwhile, Doggart was running for Congress in Tennessee’s 4th district, which includes the town of Murfreesboro. Murfreesboro, some may remember, was the site of one of the first major anti-mosque protests in the United States, setting the stage for opposition to the so-called “Ground Zero Mosque” in New York City. Emerson and other anti-Islamic activists called the proposed mosque in Murfreesboro — which has since been built despite the opposition’s spurious legal roadblocks — a front for foreign terrorist organizations. Those allegations were never substantiated. But the allegations did substantiate the presence of an active community of bigots whose support for religious freedom did not extend to Muslims.

Scott DesJarlais, the Republican incumbent in Doggart’s district, weighed in on these issues last year, when the mosque was granted a permit to build a cemetery. DesJarlais declared himself “deeply concerned” about the cemetery. “Unfortunately, the Tennessee Religious Freedom Act, passed by the TN General Assembly, may have played a key role in allowing this cemetery to be approved.”

DesJarlais won reelection last November, with Doggart, running as an independent, receiving 6 percent of the vote.

In mid-January, the anti-Islamic webpage World News Daily ran a false article claiming that Muslims of America ran “22 Islamic terror camps” in the United States, with a map including the Islamville site in Dover, Tennessee, that Doggart knew to be benign. (The map has since been removed from the webpage but can be found at archive.org) Bill O’Reilly aired the story on Fox News the following day. Both stories identified Islamberg, New York, as the headquarters of the movement. “This is pretty frightening stuff,” O’Reilly commented.

Doggart fell for the alarmist rumors a second time. Instead of visiting with local officials, as he had done in Tennessee, Doggart opted for violence. In February, he posted his threats to Islamberg on Facebook. “The Operation in mind requires but <20 expert Gunners,” he estimated. In a recorded conversation that is quoted in his guilty plea, Doggart said they had to move fast: “The drop dead date is April 15 because that’s when those guys in OAF say they’re gonna start a civil war.” OAF, according to the plea agreement, is a militia organization with which the defendant had been in contact.

April 15 has come and gone, and we’ve had no civil war yet. Doggart’s plot remains a rarity even as intolerance worsens and bigots froth about supposed threats. Violent extremism of all stripes has not been a leading cause of death, despite paranoid predictions.

Still, as we consider the value of the USA PATRIOT Act (“Uniting and Strengthening America by Providing Appropriate Tools Required to Intercept and Obstruct Terrorism”) — and whether or not it should be renewed — it is worth remembering that its most powerful tools to keep us safe cannot be used against the likes of Reverend Doggart and other plotters of homegrown, right-wing violence, which is the most threatening form of extremism in America.

Right-wing extremism has generated hundreds of attacks each year, with an alarming growth since 2007, according to a report by Arie Perliger at the U.S. Military Academy’s Combating Terrorism Center. The scale of attacks by Muslim extremists has been tiny in comparison, and declining — by my count, there were three attacks last year, and another three disrupted plots.

Stay tuned for a report this summer on a survey of law enforcement officials on this topic.