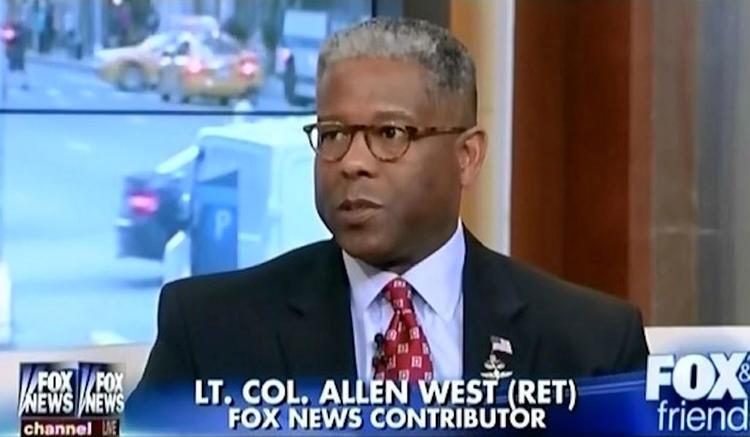 “”Fox News contributor Allen West went to Walmart and thought he was the victim of “Sharia law” because a checkout clerk under the age of 21 couldn’t sell him alcohol.

West, a former congressman and head of the think tank National Center for Policy Analysis, wrote a May 11 post originally headlined, “Sharia law comes to Walmart?” He recounted a weekend trip to Walmart, where a “Muslim employee” manning the cash register was unable to sell him alcohol. (West knew he was Muslim because, “being the inquisitive fella I am, I used my additional set of eyes — glasses — to see the young checkout man’s name. Let me just say it was NOT ‘Steve.'”)”…

The Young Turks: “Sharia Law Comes To Walmart, According To Allen West”