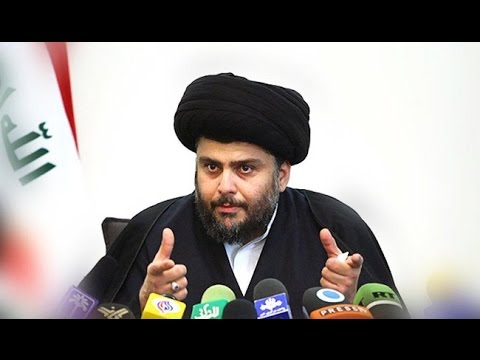 A recent piece of proposed legislation sponsored by US Republicans has caused some of the biggest political splits in recent Iraqi history – both inside local politics and between Iraq and its American allies.

A piece of legislation, part of the US’ annual defence bill, has caused a furore in Iraq and the first really serious disagreement in the new Iraqi Parliament since its formation eight months ago.

The legislation is part of the US Republican party’s version of the a defence authorization bill and it basically proposes supplying direct military aid to the Iraqi Kurdish military and to Sunni Muslim fighters inside Iraq, bypassing the Iraqi government, currently dominated by Shiite Muslim interests. This would only happen if the Iraqi government doesn’t manage to create a Sunni force itself – and supply it with military aid – within three months.

The legislation suggests the US can then supply weapons and aid directly to the Sunni and Kurdish forces, bypassing Baghdad. And the US does this by describing the Sunni and Kurdish territories as “countries” inside Iraq, basically putting into action an older plan that suggests a “soft partition” of the country’s three main ethnic or religious groups.

Even if, some days, it looks like the country might be heading in that direction, Iraqis, and the Iraqi government, don’t like being told what to do in this manner.

The Iraqi Prime Minister Haider al-Abadi and a number of his ministers denounced the plan and some prominent Shiite Muslim figures, such as the cleric Muqtada al-Sadr, threatened US interests with violence. The military wing of al-Sadr’s supporters organised parades in two southern Iraqi cities in a demonstration of strength. And one of the best known female MPs, Hanan al-Fatlawi, a member of the State of Law coalition previously headed by al-Maliki, said that the US embassy in Baghdad should be closed and the US ambassador expelled.

“The US embassy is receiving a lot of complaints as part of a campaign organized by some Iraqi MPs,” said a local staffer at the embassy, speaking off the record.

A draft law has been submitted to the Iraqi Parliament by Shiite Muslim MPs, that could forbid outside powers to provide arms to anyone without asking Baghdad first. This saw Sunni Muslim and Kurdish MPS withdraw from the session, refusing to take part. Such withdrawals happened a lot during the regime led by former Iraqi Prime Minister Nouri al-Maliki, who alienated almost anyone outside of his own party by the time he left power. But notably, this is the first withdrawal of MPS from a session in almost a year. On the whole Parliament has been a more conciliatory affair lately. But it is also true that the Sunni and Kurdish MPs have already complained that Baghdad hasn’t provided them enough support or arms in the fight against the extremist group known as the Islamic State.

Although US diplomats rushed to assure the Iraqi government that the legislation was only a draft and that their country had no intention of splitting Iraq up, the reaction was still intense.

Despite what appears to be an ill-considered attempt at meddling in Iraq’s affairs by some US politicians, the central problem the US legislation addresses does need to be considered. When al-Abadi took on the Prime Ministership he declared his willingness to form a National Guard in Iraq. Such a force would effectively allow local people to form their own military units and police their own areas and was considered an antidote for the marginalization of Iraq’s Sunnis and Kurds that seemed to be one of al-Maliki’s central policies.

Two months after al-Abadi’s government formed, the different parties in Parliament agreed that the National Guard should happen, with tens of thousands of members; around 70,000 from Iraq’s Shiite-dominated provinces, 50,000 fighters from Sunni-dominated provinces and further additions from the Iraqi Kurdish forces. The plan was to have the National Guard armed and controlled by the Iraqi government, so that all of those currently fighting in, and being paid through, informal militias would be back under state control.

But that was months ago.

One of the main reasons for the lack of progress is the growing strength of the Shiite Muslim militias, which number anywhere between 50,000 and 100,000 fighters. The power of the militias, which play an important part in the fight against the Islamic State, or IS, group, has been growing compared to the power of the Iraqi army or police.

“The Shiite militias became very arrogant after the liberation of Tikrit,” Nasser al-Dulaimi, a tribal leader from the Anbar province, much of which is currently controlled by the IS group, told NIQASH. “And they decided not to allow the National Guard to be formed so that they would remain the strongest in the country – even stronger than the army or the police. They don’t want to see a major Sunni power emerge,” he argues.

“The Shiite militias want to be able to liberate Sunni cities all by themselves,” says al-Dulaimi, who has met with a number of the militia leaders. “But this is something we cannot accept. We are very concerned that we will see the same kind of acts of revenge here as we saw in Tikrit. Anbar doesn’t need fighters,” he concludes. “We need weapons.”

Most international analysts suggest that the draft US legislation is unlikely to be enacted. The New York Times reported on a statement issued to Iraqi news media in the country: “US policy toward Iraq has not changed. We support a unified Iraq. All of our military assistance and equipment deliveries are provided through the government of Iraq and the Iraqi security forces. … US foreign policy is determined by the president,” it said, noting that the law was just a draft and a Republican one at that.

Even if the legislation did somehow make it into law, what it suggests doing would be extremely difficult, and maybe impossible, to achieve – especially because the US has no troops in action in Iraq outside of military bases where US soldiers are training their iraqi counterparts, or acting as advisers.

“The US could actually arm the Kurds directly,” local analyst Ahmed al-Allusi tells NIQASH. “Because the Kurdish region has been independent for years and has its own borders and airports. It could easily get weapons sent by the US. But the US would not be able to arm the country’s Sunnis because Sunni cities and their inhabitants are not organized – in some cases they are divided.”

There would be no point in trying to repeat the success of the so-called Awakening movement in Iraq between 2006 and 2008. At that time the US military enlisted, and paid for, the support of Sunni tribes to defeat another extremist Sunni group, Al Qaeda. But back then the tribes were more unified and the US army was the most powerful military force in the country, with over 160,000 soldiers in the country in 2007.

When the US army gave weapons to the Sunni tribes, the process was managed directly, with US observers trying their best to ensure that weapons were only used in the fight against Al Qaeda and not for any other reasons.

Today the situation is obviously very different. For one thing, US army members are restricted to a few military bases and these are supervised by the Iraqi government. Secondly it would be extremely difficult to get weapons to potential fighters inside Sunni cities because many of these are controlled by the IS group. Even if weapons could be delivered, there would be no way of monitoring that they were being used for their intended purpose.

Any US politicians and analysts who know Iraq, know all this. Which has led some in Iraq to come up with more conspiracy theories – of which the US is already often the subject. The same theorists say that what the US is actually doing is putting pressure on the Iraqi government over the National Guard issue.

They also say that recent events show that this pressure is working. A few days ago the government announced that volunteers who wanted to fight the IS group could register for training in Anbar city. Local news service, Bas, reported that 15,000 volunteers had come forward in the province itself. The government promised to arm them shortly.

Meanwhile rumours are now rife that Shiite militias want to attack IS-held locations in Anbar to try and counter any such plans to directly arm Sunni fighters. Basically they want to get there first and get the job done. Nobody knows whether this is true or not. What is certain though is that the next few months are going to see truly significant developments in Iraqi politics and security.