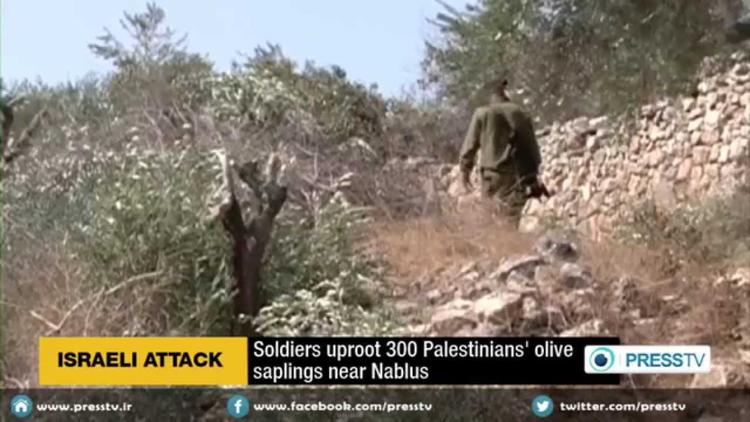 HEBRON (Ma’an) – Israeli settlers destroyed and uprooted hundreds of olive saplings in the Palestinian town of al-Shuyoukh northeast of Hebron in the southern West Bank.

Local activist Ahmad al-Halayqa told Ma’an that about 80 acres of land planted with olive saplings had been vandalized by Jewish settlers from nearby illegal settlements and outposts.

This is the fourth time settlers have vandalized and uprooted olive saplings in the area, he added.

Since 1967, approximately 800,000 olive trees have been uprooted by Israeli forces and settlers in the occupied West Bank, according to a joint report by the Palestinian Authority and the Applied Research Institute Jerusalem.