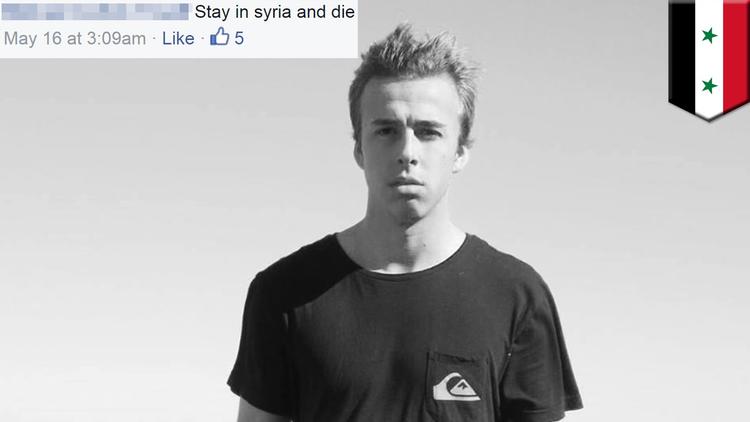 “Bridgeman, who was captain of his rugby team, graduated from high school in November 2014. He then traveled to Indonesia for humanitarian work, according to the teenager’s Facebook page and 9 News.

When he failed to return home from his trip, his parents alerted officials.

The Australian Federal Police tracked Bridgeman down in Syria and discovered he had travelled through Turkey. Officials said he had “aligned himself” with a terrorist group, 9 News reported.

Bridgeman’s parents deny the teenager has joined a terrorist group.

Regardless, Facebook users have taken to Bridgeman’s page to leave hateful comments.

“I hope a member of the ADF is responsible for your demise!” one commenter wrote.
“You are unAustralian you barbaric pedophile worshipping moron. Even the islamic community in Aus seems to have wiped their hands clean of you!”

A spokesman for the Islamic Council of Queensland said others could learn from Bridgeman’s mistake.

“If he wants to come home, we should support him as he may play a key role in deterring others,” spokesman Ali Kadri told 9 News.”

TomoNews: “Al-qaeda fighter: Scared teen who fought in Syria now wants mom and dad to save him”